Where Angels Tread and other books

Why do people end up on the streets? What stories do they have? Do you ever wonder? This story was inspired by a holiday I took many years ago. I was shocked, at the time, to see so many beggars. Some aggressive and threatening, some who looked worn down and helpless. At the time I was prompted to go and pray with a young woman I noticed sitting dully by the side of the road. Shabby and thin, she was obviously begging. I suddenly felt that I couldn't live with myself if I didn't give her some money to maybe buy some food and pay the cost of a night at one of the homeless shelters around the city. I had never done that before. The memory of her still tugs at my heart and recently, thinking about her again, I wondered what her story might have been. How had she ended up on the streets? Did she ever manage to get a normal life back? What had happened to her over the years? Having kept her tucked in the back of my mind, one day I was prompted to write this story. Like the woman on a city break in my story, I did stop to pray with her and ask her name - it was not Jeannie. This is not a true story, and, more importantly, it is not her story - but, maybe, just maybe, it might have been.

This cover photo is courtesy of Nicola Louisa Sharp. Find her on Facebook.

Jeannie: Kicked out by her mother, Rita. Stalked by Matt. Alone and terrified, trying to survive on the streets. Is it time her guardian angel stepped in?

Why did her mother throw her out? It's dangerous out there - what will become of her? Does anyone care?

Read the book to find out more - but keep some tissues handy.

Is anybody watching? Does anybody care?

This video, especially the visual content does take a few seconds to load. Please be patient. Thank you for watching.

Jeannie hadn’t bothered turning the light on. There was no point. Mum pushed past the wardrobe door, which swung drunkenly on its broken hinge, and stomped off downstairs again with an almost tangible annoyance bristling from her.

Matt had never been anything but pleasant. Jeannie couldn’t even begin to explain herself to her mother but, equally, she couldn’t overcome the irrational fear she had of him. Something about his eyes terrified her. Something in his smile set her nerves on edge and each time he touched her shoulder in that friendly manner of his, her skin crawled

The day wore on. Along with the glorious colours glowing red and gold on the few trees which managed to thrive in the city, there was a real nip in the air, but it was Mike’s favourite time of year. Looking at those few trees always lifted his spirits. He saw something out of the corner of his eye, and moved purposefully towards Jeannie.

He stepped into the path of a burly, scowling man who was also headed towards her. He’d seen him around a lot recently, almost as if he was stalking her. With all her troubles, this was one more she didn’t need.

The man turned, angrily, and Mike saw fury on the face glaring into his own, before he felt himself grabbed by the shoulders and slammed against a wall. An involuntary wince escaped him, quickly smothered.

Holding him with a bruising grip, the man snarled, "You lot! You shouldn't be out on the streets, bothering decent people! If I had my way, you'd all be locked up!"

Mike looked him directly in the eye as the man raged. He held his stare until his attacker dropped his hands and backed off. Mike continued his steady gaze until the fierce black eyes glaring back blinked and looked away. After what seemed like an age to Mike, the other man turned on his heel and strode quickly away.

Mike stayed there for a few moments, leaning against the wall until his breathing had steadied. “Glad you had my back there,” he said under his breath to his invisible companion.

Oh, go on then. Just a little more.

Today she was going to find out what he was up to.

Dusk was beginning to fall as the sun faded from the sky. A fractious mist caressed the grimy bricks with light tendrils. The flat pumps had been a good choice. She could move more noiselessly for starters, and they were easy on her feet. This looked like it was going to be a long walk, she might as well be comfortable.

Rita kept to the shadows as she scurried nervously behind Matt trying to keep up with him. He hesitated as he reached the corner and she moved further into the shadows, watching and waiting for his next move. He was definitely up to something, she knew, but what?

She started as he gave a loud grunt and headed determinedly across the busy road. Running to the corner, Rita peered anxiously around it. Shocked, she watched him head towards.............her daughter! She couldn't believe her eyes. Jeannie hadn't seen him coming. She looked awful. Still beautiful, but skinny, shabby and oh, so cold, with a haunting vulnerability that made her heart ache. Why hadn’t she seen it before? She must have been blind! For a moment Rita's heart stood still. She'd had no idea ...

What do you do when you see homeless people on the street?

How do you respond to homeless people on the street

Buy it on Amazon

Why not read the preview, free on Amazon?

Because of the nature of this story I will be donating 10% of all sales income to a homeless charity.

The ebook is available now. The paperback will be available to order from 14th April 2014. 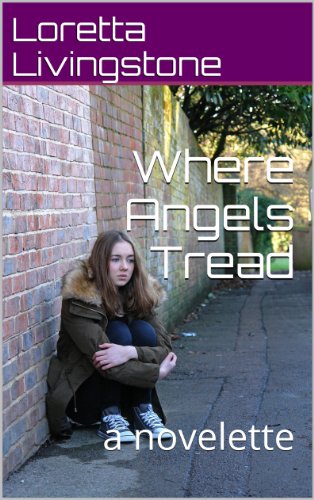 Spending time with the homeless

My husband and I will sometimes stop to talk to the homeless when we are in the city. Most of them have been happy to chat, and I believe that just to show a little interest in them helps them to feel less discarded by society. Obviously some are not easy to talk to, and I confess that I am unlikely to chat to anyone who appears to be aggressive.

We don't speak to every homeless person who crosses our path, but we have almost always found those we talk to to be approachable and pleasant people.

We cannot imagine why they are on the streets, but I cannot believe they are all there by choice. I believe with a little help, many of them would be happy to be living a normal life again.

I hope you've enjoyed reading these excerpts from Where Angels Tread, but please remember all content on this and my other lenses is protected by copyright.

More of my books

Up until now all my books have been poetry. As you see, I now find I have stories to tell.

Rhythms of Life is available both in ebook and paperback format, from Amazon.

Jumping in the Puddles of Life is available in ebook format on Amazon. Links to purchase the paperback edition can be found on my website.

Will I be writing more stories? Watch this space... 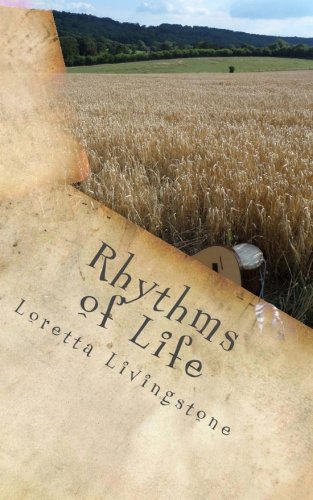 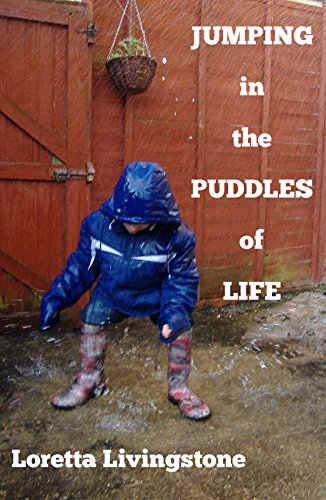 Jumping in the Puddles of Life
Buy Now

Do you think that many homeless people may have a really sad story at the root of their problems?

Reviews of Where Angels Tread

You can find reviews of Where Angels Tread on Amazon, of course, but here are some additional review sites where it is featured.

Thank you for taking time to visit my lens. It would be lovely to squidmeet you.

Do you notice homeless people on the streets? - Do you ever wonder what their story is?