Are Feed-in Tariffs A Good Idea? 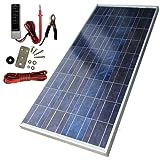 Since April 1st, 2010 people living in the UK are entitled to take advantage of a scheme that makes installing solar panels on your house or a wind turbine on your property much more affordable.

Few people disagree with the imperative to reduce carbon emissions - even climate change skeptics are normally agreed that high carbon emissions are far from ideal. It is also not in dispute that fossil fuels are limited and that alternative sources of energy need to be developed and made widely available. Although I’m always reading some crazy spammer on the internet claiming that there are massive oil reserves left, I tend to feel that the foreign policies of such countries as America and China give the lie to these optimistic assertions.

To focus on the new act of parliament: the Feed-in Tariffs bill offers homeowners 3 cash saving benefits for paying for off-the grid, renewable and low (or zero) carbon energy sources. To qualify for the benefits the technology that you buy and install must be recognized under the Microgeneration Certification Scheme (MCS). There are a number of companies that you can find online who have MCS accreditation.

Here are the cash savings

1) Generation Tariff – This is a set monthly rebate paid by the government for each kWh of electricity produced by your photovoltaic cells or wind turbine. This is guaranteed for 25 years.

2) Export Tariff – For any electricity you don’t use and export to the grid you are paid 3p per kWh by the electricity company.

3) Energy Bill Savings – Obviously with some of your energy being provided for free by solar PV and wind turbines your energy bills are going to be reduced.

According to the official Feed-in Tariffs website if an average household with a three or four bedroom house, installed solar PV panels that generate electricity, the Feed-In Tariffs would provide the following benefits: The electricity generated would pay the homeowner £836 a year tax-free. Remaining electricity costs would be reduced from £450 to £300: saving £150 Therefore, the total benefit would be £986 per year. This is based on an average use of 4,500kWh of electricity per year and the installation of 2.5kW of solar PV panels.

These are great numbers and if you are a homeowner it is one of the best investments you can make.

Detractors point out that the government subsidy is too high, that the tax payer is paying too much compared to the reduction in carbon. Under this scheme it costs £430 to save one tonne of C02. Sadly to build a nuclear power plant costs £8 per tonne of C02 saved.

Another valid point is that the sun simply doesn’t shine that much in the UK. In the tropics when the sun is blazing during the day the demand is highest for electricity for air-con. Under this situation solar generated energy makes very good sense.

There is also a socio-economic point to be made: this law benefits the middle-classes who can afford to buy a house and then buy solar PV panels. The working classes pay in tax and increased electricity bills (the export tariff will no doubt be covered by the electricity companies by passing on the costs to the consumers) and yet many of the working class doesn’t own houses let alone solar PV panels. This is shifting money from the working classes to the middle classes. Already in Germany a similar scheme has been drastically cut back because of the expense to the government.

Finally, it could be argued that mass alternative energy creation is much better value for money considering the UK’s climate. Economies of scale could allow for cheap wind farms and other such projects that harness the energy our weather contains more effectively and efficiently.

I, the author, am torn between these two camps. I agree it is probably not fair to those who can’t afford to buy a house and that the expense per tonne of C02 saved is too high.

On the other hand, seeing my government take renewable sources of energy more seriously seems a major step in the right direction. The technology is there and using economic incentives is a great way to promote more bottom-up solutions to the problem of creating clean energy. The future lies in people making their own solar PV panels and not cashing in on juicy subsidies but instead going off the grid. Self-sufficiency on a micro-level is needed to make self-sufficiency possible on a macro level.

For those interested: there is a much cheaper way to get solar energy then to buy a ready-made photovoltaic system. And that is to bid for solar cells on ebay and then build your own casements. A guy called Mike has a brilliant website showing you how it is done. It is to guys like Mike that we should be looking to for advice rather than to be looking to the government for hand-outs.