Wanting something to do on a sunny, Saturday afternoon, I decided to take the kids to Waterton Lakes, National Park. Being just over an hour away, it was a great place to spend the day.

Driving up to Cameron Lake and deciding to walk up to Summit Lake, we encountered many beautiful sites along the way. The above picture shows a moose that was waiting for us after our 45 minutes walk, we sat and watched her for a while and I was amazed at how long a moose can hold it's breath under the water!

The pictures below will show you the abundance of the Bear Grass that we found along the way. I have loved bear grass since I was little. Tall stately flowers, they have always amazed me at how big they are. They also have a lovely light fragrance that I totally adore. The stalks are thick, almost woody and are awesome when they sway in the wind.

I was very fortunate that day, after doing some research I found out that Bear Grass only blooms every 5 to 7 years, and was it ever a spectacular sight!

Defining Characteristics: From a distance this plant looks like one big flower, but in fact it has tiny white stars that form a large dense conical raceme. The flowering stalk is 2 to 3 feet tall and enhancing the landscape they grow in patches. Tough and sharp-edged long grass-like leaves are at the the base of the stalk. The blade, which is two feet long and three-eights of an inch wide is smooth, strong and pliant. These leaves, once they were dried and bleached, were used to make clothing and to make baskets.

Flowering Habits: These plants only bloom every 5 - 7 years, and when they bloom there can be very few of them or almost every single plant will burst into flower. Bear Grass blooms from June until September when the young mountain bluebirds are preparing to take flight.

Edible? Yes! The roots are fibrous but can be eaten either boiled or roasted.

Interestingly enough: Bear Grass is an important part of fire ecology of regions where it is native, Rhizomes which survive the fire are responsible for clearing dead and dying plant matter from the surface of the ground. Not only does the plant thrive with periodic burns, it is often the first plant to sprout in a scorched area.

Blackfoot visitors to the mountains usually harvested a store of leaves and roots for their own use, and to carry as gifts to their medicinally inclined friends of the prairies, who for one reason or another were unable to travel so far to replenish their own supplies.

Because the buffalo supplied all their requirements, bear grass was not used to make baskets. Instead the roots were boiled to make an infusion that was used as a hair tonic. This infusion was also used in the easing of sprains.

Farther south, this infusion was evaporated and the resulting residue was used for soap.

How to Make Primitive Beargrass Soap

Indians of the mountain regions, laden with neatly packed bundles of bear grass, went to the coast to trade with the coastal Indians for wappatoo roots and for the blue beads obtained from the small trading ships that were beginning to find their way up the coast.

Using a combination with cedar bark, the Indians of the coast were able to to weave a basket so close that they were watertight. This was without using any gum or resin. The smaller end of a conic shape, or a segment of cone was the bottom of the basket.

These baskets were woven in all sizes, from the smallest cup to a five or six gallon basket. Serving as a double purpose, both covering the head and for containers of water.

Strands of bear grass, woven in to figures of various colors were used to make some of the baskets very ornamental. Due to the popularity of these beautiful, useful baskets, bear grass was a highly sought after commodity for trade.

In their travels, Lewis and Clark provided valuable information regarding these useful plants and they were the first ones to call it bear grass, it was then given the scientific name of Xerophyllum tenax - the dry leaf that holds fast. 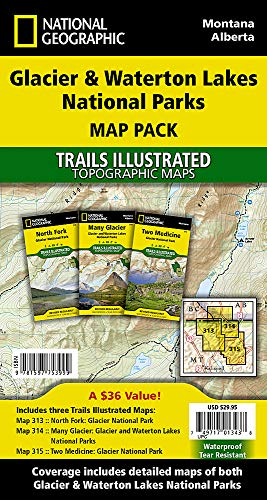 Bear Grass and Other Animals

The leaves remain throughout the winter and the Rocky Mountain goat exhibits a strong preference for this food during the cold-weather months.

Aside from the Rocky Mountain goat, the tough grass-like leaves are unpalatable to all other big game species and to livestock. This makes the bear grass seldom utilized even as an emergency food.

Bears are reported to eat the white succulent leaf base in spring.

The spruce mouse and possible other mice eat the entire basal stem and thus kill the plant.

Ground squirrels cut down the flower stalks and use them for food.

And a word of caution: The leaves are slick and when they are stepped on, they pull out from the sheath. So suddenly this happens, that on a steep sloped, even an experienced woodsman may find his feet literally "yanked out from under him."

Field of Bear Grass aka My Kids

Rented from my local library - save a tree, rent a book!

I enjoyed the pleasure of her company.