Stella is a full-time professional landlord and property developer with seventeen years' experience. She is based in the UK

Real Estate Values in The UK

Compared to many developed countries in the western world the UK is tiny, you only have to look at the map of the world to realise that but even so, there's a huge amount of regional variation in the price of property and the associated cost of living. Anyone moving to the UK from abroad (if they have any choice over which areas they are going to settle) would be wise to research various locations thoroughly in order to avoid the more expensive ones.

Make Capital in the Capital!

To own a house with a London postcode even in Greater London areas which are an hour away on the underground from central London you won’t get much change nowadays from £350,000 - and that‘s just for an ordinary terraced house. Everything is more expensive for the privilege of living in the capital and the higher cost of living does not necessarily mean an ordinary working person will receive a significantly higher salary than elsewhere.

Outside of London the ‘home Counties’ such as Surrey, Essex and Sussex and other counties that surround London are more expensive than more distant counties. Anywhere near the M25 commuter belt will be more expensive than towns and cities that are not within reasonable daily travelling distance of the capital.

Away from the capital for a place to be expensive it usually has to become fashionable first. People will be eager to move in to the area and not out of it and it will earn a reputation for having good quality schools and recreational facilities and provide a selection of enviable jobs for both the local population and newcomers to the area. This type of desirable location will be well served with motorway links and public transport. Areas where intensive construction of new homes and shopping centres is obvious will be of appeal to young families searching for a new place to settle and they may be prepared to pay more to live in such an area that suits their every need.

The exceptions to this are away from it all rural retreats where properties will always command a higher price because they are set in near idyllic countryside surroundings. This category also includes locations near the coast that are of instant appeal to those people who have plenty of cash to spare. Anywhere inland with a waterside frontage will also appeal so the Lake District is as good as any seaside town. A recent survey suggests that people in the UK can expect to pay up to twice as much for a home at the seaside.

Any area that can define itself as a tourist hotspot can also be far more expensive to live in than a place that holds little appeal to visitors from afar; for instance the northern city of York is far more expensive than the town of Doncaster approximately thirty miles away. Because of York’s appeal to tourists from all over the world, everything from house prices to the cost of a restaurant meal is dearer.

Spa towns such as Bath and Harrogate are always more expensive than similar towns in the same region because of their appeal to outsiders.Even something as simple as being the birthplace of someone famous can turn an otherwise inexpensive area into an expensive one; Stratford on Avon is perhaps the best example of this.

On the mainland UK, there is still a distinct ‘north/south divide’. Many of the most expensive places to live both inland and on the coast are in southern England. If you want more for your money then move north! The picturesque South Devon seaside town of Salcombe is lovely but pricey so why not save yourself a fortune and consider a northern equivalent such as Scarborough which is just as pleasant?!

Devon and Cornwall enjoy a more temperate climate than the rest of the UK and due to the popularity of second homes in these regions, the property prices have always been higher than elsewhere. Many people moving out of London retire to the south west and find it economical to do so when selling expensive London properties but would have even more change in their pockets if they moved to the coast of Wales or Cumbria where property is still amazingly inexpensive in comparison.

If money is no object here is a selection of salubrious UK locations which would be sure to relieve you of some of it.

Sandbanks, Poole in Dorset in the South West of England:

This is millionaire’s row by the sea; the UK’s equivalent to Beverly Hills. The small peninsula of land which is Sandbanks is almost an island - if it were not for a small strip of sand attaching it to the mainland. It has obvious appeal and has proved popular with the rich and famous. This is the most expensive area in the UK outside of London and has the fourth highest land value on the planet.

Near the M25 and Luton Airport, this inland location is popular with commuters to central London. With an average house price of nearly £2 million your money is not going to go very far.

Scotland and Wales need not feel left out. Properties in Llandudno North Wales are more expensive than in other Welsh resorts. This scenic seaside town that nestles beneath a vast headland known as the Great Orme has miles of beaches and all the beauty of Snowdonia national park on its doorstep. Further north at Gleneagles in Scotland properties on a brand new development near the golf course will set you back a cool £2 million

Why not browse on Rightmove if you are currently seeking somewhere new to live? Whatever your budget you will surely find somewhere that suits you. Do your ' due diligence' when conducting your research - which is incredibly easy nowadays as you can find out just about everything there is to know about residential property anywhere in the world.

Housing costs aside and taking all living expenses into consideration, London still wins hands down in the expensive stakes. According to the Worldwide Cost of Living survey 2011, Aberdeen is the next most expensive UK city followed by Glasgow and Birmingham.

Northern Ireland is one of the few UK places that have remained inexpensive and Belfast wins hands down for the cheapest city.

To assess the cost of living in any city in the world visit the Worldwide Cost of Living Survey.

Property developers and landlords love places like Hull, Leeds, Nottingham and other northern cities and Towns where rental properties can be snapped up for a song and command an average of £450 per calendar month in rent. These houses will likely never increase much in value but they are 'nice little earners.' University towns are always popular with investors.

Wherever you choose to settle or invest in the UK, as well as the cost of living don’t forget to assess things such as accessibility to road and rail links and travelling time to your place of work. Places like Devon and Cornwall will always hold their appeal but it is as well to remember that beyond Exeter there is no international airport and no motorways. Such places are too far from the capital for a day return and you may feel cut off and end up regretting your move in spite of the fresh country air and proximity to the beautiful landscape and seaside towns. 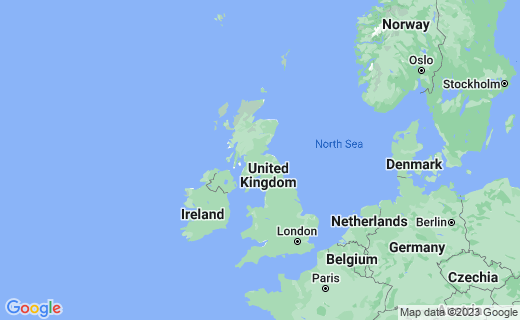 After reading this article, would you invest in the UK property market?