America imports 100% of its coffee. And while the coffee bean is imported, the question we must ask is who is the company who is distributing and marketing this product. If you had a choice to buy coffee from an American company verses an European company who would you choose? What if the price tag were $10 more? $20 more?

For me, I have one passion - American jobs.

Coffee makers that are a product of a company from another country have become a fact of life - all made in China or Germany (Bosch) but does my actual food distributor have to be from another country? Perhaps not. The coffee beans may still be imported but who is packaging, who is printing, who is marketing, who has ownership of the corporate profits? Where are the corporate taxes being paid?

I was fooled into buying foreign cars, I will not be fooled twice. I learned.

I have heard my client's woes about unemployment. I have sadly learned a new term "99'ers" from 60 minutes (those with 99 weeks of unemployment). I fear for our country and I wish to help.

Global View of Coffee - America and Beyond

Coffee from a global view point is big business and an important commodity for us as consumers to fully understand.

Buying local is important, knowing where we spend the majority of our money can mean more jobs for Americans.

As a consumer, it is our duty to shop frugally but also smart. Saving cents when we loose jobs is a dollar wasted and may mean a job to a family member or neighbor someday.

The Keurig machine is a coffee brewing system that brews a single cup of coffee, tea or hot water or other hot beverage. Started in 1992, and later in 1996 became a subsidiary of Green Mountain Coffee Roasters. Fresh coffee that is quick - 20-60 seconds depending upon the machine. Simply maintenance and clean-up. A common office tool for the break room and a major home new innovation for the home coffee/tea brewing industry. 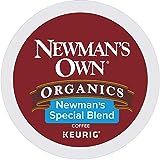 Nestlé S.A. ("Nestlé") is a Swiss stock traded in the United States in the form of American Depositary Receipts (ADRs). The ADRs are based on Nestlé registered shares that trade in Zurich. This site is intended to provide information related to Nestlé ADRs."

"NESCAFÉ® Dolce Gusto® is part of the Nestlé USA family of foods. Nestle is a household name in the United of America. Named one of America's Most Admired Food Companies in Fortune magazine for the 10th consecutive years. Perhaps best known to baby boomers for its Taster's Choice coffee.

In 2006, NESCAFE offered a new coffee machine system "Dolce Gusto." These home brewing machines are said to to be sold in more than 15 countries worldwide.

Nescafé is a brand name. Wikipedia shares with us that Nescafe is "a portmanteau of the words "Nestlé" and "café".[1] Nestlé's flagship powdered coffee product was introduced in Switzerland on April 1, 1938[2] after being developed for seven years by Max Morgenthaler and Vernon Chapman.[1]"

Bunn-O-Matic Corporation is an American manufacturer of coffee and tea-making equipment. Headquartered in Springfield, Illinois, United States of America.

Founded by an inventor named George Bunn, who invented what is a familiar sight today - the fluted coffee filter.

Bunn-O-Matic products are sold under the Bunn and Bunn-o-Matic brands.

Bunn is a distributor of the Tiger super automatic espresso machines provided by Thermoplan AG, a Switzerland company - the most notable product being the Starbucks Mastrena aka Miracle Espresso Machine

The current C.E.O. and president is Arthur H. Bunn.

A Plea for American Jobs - A Plea to Buy American

This holiday season, I respectfully request for you to look carefully at the origin of the coffee or food product.  This is the big money maker.  This is the real profit maker - this is what CAN provide jobs to our citizens on this land that we love.

Remember the wealth created with the chewing gum company? It is the little things that count. We, including myself, have let the big things like the automobile industry go - we must fight to retain our food industry here in the United States.

Yes, the coffee machines are no longer made in the USA and may never be again. And yes, the coffee is imported, but the corporate headquarters of the coffee company CAN be American.

It is your choice America. Vote with your consumer dollars. Vote for American jobs.

Enjoyed this article? Want to cast your vote and help with American jobs? Use one of the share buttons below and tell your friends. Reclaim American jobs with the ultimate vote - the most powerful vote in the world - the vote of the American consumer.