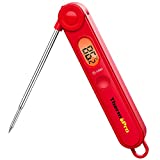 Cooker hoods are those hoods that go above your stove to help remove smoke from the air. They also help to reduce odors from cooking and the steam that can build up around the stove when you cook. The majority of people who have them got whatever cooker hood was sold with the stove that the purchased. However, these products are also sold independently. If you’re looking to purchase a cooker hood for a stove that you already have then you may be wondering exactly what features to look for so that you make a smart purchase.

Here’s a closer look at the important features of cooker hoods:

• Size. You want to make sure that you choose a cooker hood that is the right size for your stove. The cooker hood should be at least as long as the stove is so that it can properly suck up the smoke that is coming off of the stove when you cook. It can be longer than the length of the stove but it shouldn’t be shorter. Take into consideration the wall space and ceiling space of the area where the stove is located. Measure all of these dimensions carefully so that you make sure to get a cooker hood that will fit in the space that you have available.

• Ventilation System. The main purpose of cooker hoods is to remove your stove’s smoke from the kitchen. This helps you avoid setting off your smoke alarms and also creates a healthier environment for cooking. For this reason, it’s important that you review and understand the ventilation system of your cooker hood.

Most people choose cooker hoods that are connected to the ductwork of the home. However, it is possible to get cooker hoods that have their own filtration systems which means that they take in the smoke, filter it and release it again. You can choose whichever type of cooker hood makes the most sense for your home.

If you get a cooker hood that has a filtration system, you’ll want to make sure that the filters are easy to replace and easy to clean. Some filters are dishwasher-safe which is a definite plus for a lot of homes!

• Fan System. There is probably going to be a fan on your cooker hood to aid with the ventilation system. Again, you want to make sure that you understand the function of the fan so that you make a smart choice in buying a cooker hood. There are basically two types of cooker hood fans. There are axial fans and centrifugal fans; the latter are generally larger and rounder in shape but they both serve the same purpose.

• Design. After you have narrowed down your choices to those cooker hoods that will best serve your functions, you can start thinking about the appearance of the cooker hood. There are a few different shapes to choose from with cooker hoods (and the shape of the fan may affect the appearance of the cooker hood, too). These kitchen appliances may also be made from different materials and may be available in different colors. You may find it appealing to add a stainless steel cooker hood to your stove or you may want one that’s white or black instead. Additionally, nearly all cooker hoods have built-in lighting which may differ in brightness and appearance between models. This is where you start looking at what you like in order to make a final decision.

• Bonus Features. Finally, you can take a look at any bonus features that are offered with different cooker hoods. For example, some have lights and fans that will turn off automatically after being in use for a certain period of time which can help save energy in your home if you tend to be forgetful. Another bonus feature is to get a multi-speed cooker hood which allows for different levels of ventilation depending upon how much smoke you’re cooking up in the space.

• Cost. You wouldn’t want to purchase any large piece of equipment without taking into consideration the cost of that equipment. Cooker hoods come in a fairly large price range. A fair price is usually between $300 and $800 but you’ll want to look carefully at your own needs to figure out the price that’s right for your cooker hood. Do some comparison shopping to get the best deal possible.

• Warranty. You’ll probably want to choose a cooker hood that comes with a manufacturer’s warranty. This will allow you to replace the cooker hood at no cost or a low cost if something goes wrong with it during the time that it’s under warranty. There aren’t too many problems with cooker hoods but you never know what’s going to happen with any machinery and people certainly do have accidents around the stove that could create problems with the cooker hood. A warranty offers smart protection against those problems.

After choosing the cooker hood that you want, make sure that you’ve double-checked that it’s compatible with your stove and that it will fit in the area that you’ll be placing it in. The store where you’re purchasing the item can probably assist you in determining this if you give them the model of your stove and the dimensions of your stove’s area in the kitchen. They can probably also help with the delivery and installation of your cooker hood which is probably going to be a lot easier than doing it yourself (although that’s an option that some people will consider).