One of Jaynie's many hobbies is home improvement on a budget and another is sharing great ideas with readers.

Africa is the second largest continent in the world with the second largest population, an incredibly diverse animal population and varied landscapes. The cultural flavors of the continent are vastly different from north to south and it is best to do a bit of research before deciding upon which accents to include in your themed room. Using authentic items from traditional import stores such as carvings, stone art, masks, carpets, animal pelts, taxidermy, mosquito netting, plant life, fertility statues, shields, instruments and other artifacts will be sure to add a unique flare to any room.

There are several countries in northern Africa, most notably, Morocco and Egypt. Traversing the landscape is a magnificent journey across mountains, Nile river deltas, desert, and spectacular coastline. The art and architecture is often infused with colorful mosaics. Mosaic tiles adorn walls, archways, floors, tabletops and more. Patterns are often mixed and matched to create bold, inconsistent patterns, yet despite this overwhelming assault on your visual senses, the end result is breathtaking.

Guests are welcomed to sit around small tables atop pillows or poufs, which are circular, stuffed stools. Tables may be dressed with Moroccan lanterns or tagines. A tagine is a type of cooking pot often used to make traditional Moroccan recipes. The lanterns cast magical patterns when illuminated from inside by large candles. If you choose to incorporate a Moroccan influence you must be fearless when selecting your patterns and colors.

Persian rugs are used in place of traditional wall-to-wall carpeting and may also be used as wall décor.

The landscape of southern Africa is vastly different than that of northern Africa, marked primarily by forests, grasslands and desert. Platinum, gold, diamonds and cobalt are among the riches that are mined in this part of the continent, giving you an idea of some of the colors that you might choose.

Wildlife is abundant in the south and includes animals such as the impala, kudu, elephant, white rhino, lion and leopard. Animals were often depicted in rock art, masks, sculptures and paintings.

The artifacts of southern Africa include hand carved tribal masks, hand-woven baskets, rock art by the Bushmen or San, and paintings including abstract art and portraits that were influenced by the colonization of the south and the emergence Apartheid in South Africa. Because the art is diverse, you may choose to create a safari theme or a more diverse regional theme. Many decorators will tell you that blending styles is not only permissible, it is also preferable, so if you choose to blend northern and southern art, or simply blend your safari theme with a more broad theme that includes abstract art from the earlier part of the twentieth century, you can certainly do so.

Earthy tones are great for African themed rooms as they are reminiscent of the often arid landscape including the expansive deserts of this continent. Beige, rust, brown, tan, olive green and other similar earthy colors create the perfect backdrop for your new style. Accents such as hand-carved masks, paintings, taxidermy and twisted branches create a lovely, authentic ambience.

Using muted wall colors also allows you to bring in bolder accents such as mosaics and Persian carpets without overwhelming your space. This is particularly important in the bedroom, which should be given a relaxed, peaceful atmosphere. Mosquito netting draped over the bed or seating area of a room gives it a rustic, authentic appeal. Animal pelts used as throw rugs or top covers add a dramatic flare. Using plenty of candles can add a dramatic element that is also reminiscent of tribal fire. 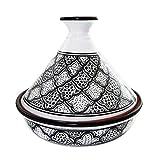