Fixing and Restoring Your Deck Properly

The Process... How to Get the deck done!

1. We searched the internet for providers... our deck is 25 years old.

4. Got Estimates ask for what the warranties are... Mr. Powerwash is a year from the staining and the solid stain itself at Sherwin Williams is 5 years- if you have a problem you go back to the contractor as he is the one that you will be putting your reviews on the internet and better business bureau complaints and Angies list if it does not work right.

5. We chose by price, not by the most excellent reviews and
were aware that they had problems with others getting their appointments straight.

They kept mixing up their dates for appointments, and then it rained after the powerwashing, so it took forever for the staining. Sometimes it is better to use a smaller company, so they will do everything right away. There was so much time between the powerwashing and the staining that the deck became more dried and cracked than it was before because of no protection on the wood.

First you get an appointment when they are coming, take your furniture off the deck and in my case sweep the tree berries off for the powerwashing. I had just done the patio and plantings so I got some really inexpensive painters plastics and wrapped the flowers and covered the new patio as I didn't know what kind of mess the powerwashing would create. They did the powerwashing and then all the stain of course, did not come completely off. They suggested that we just the solid stain instead of the semi-transparent as this would cover the previous stain that did not come off of the very middle of the deck and the step platforms. So we picked Cedar, trying to find a color that most looked like the other decks color as the other townhouses have not done their decks and we did not want to stand out.

6. We started on April 1st, and now... Saturday June 14, 2012 They did the staining. You must keep reminding everyone that you want the nails hammered in and screws screwed flat before they stain. Mr. Powerwash will tell you that is included, the powerwash people will tell you oh yes, they always do that before they stain, and then when the stain people come they tell you they want to charge for hammering nails in... so make sure everyone is on the same page.

7. Was it worth the wait...??? You be the judge. It was half the price and it made me finish the patio and landscaping before the final stain. Everyone told me that they would cover the patio and plantings and they did. Well, in the meantime, I had done my landscaping and new patio and they did wrap all the plants and cover my patio and rocks... You can keep an eye on living social and groupon and maybe get a powerwashing stain deal there, but be sure to read the fine print as to what is included.

8. It is done and they left me some stain... We chose solid because of the age of the deck and the power washing did not get all the stain off from the last time it was done... This color is Cedar Deckscape by Sherwin Williams... The Powerwash and stain was done by MR. Powerwash. A lot of confusion about when they were coming, but it is done...

What else do you need? 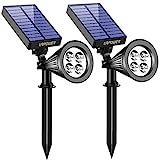