How to Exterminate Fleas Naturally

Pets can be great companions, but they also have their issues. One thing that seems to be never ending is the fact they’re tracking fleas into the house on a continual basis. I know that I could conduct a full on chemical warfare regime against these little invaders, but I didn’t want to just jump to that. I wondered if there were more natural solutions to the problem. I came to find there are some natural solutions that worked out really well.

Build Your Own Flea Trap

Well, to be honest it’s not much of a build, but it does work. You need a bowl, some water, and some soap. These little guys are jumping fiends that are attracted to heat and movement. While the water isn’t a moving target, you certainly can get the heat aspect going. Fill the bowl with hot water and add a little bit of soap. You don’t actually need much; you just need it to break the surface tension of the water so the little fleas will actually drown. Put a little bit of soap on your finger and run it along the bowl where the water is touching to break the surface all around the edge. Then put the bowl somewhere in the problem spot and leave it. If you’ve got a lot of foot traffic in the area, leaving it there overnight will do. 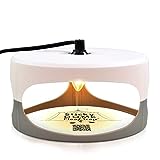 Although it’s not technically natural, you can also find electric flea traps that will actively lure the fleas in to die. Put it near your pets favorite sleeping area and you’ll make your pet a little more comfortable while dealing with the problem. 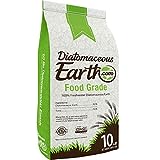 Diatomaceous Earth is a fine white powder that looks very similar to baby powder. This white stuff contains mostly Silica and is actually made from a kind of hard shelled algae that’s been ground up, so it’s completely natural. It’s non-toxic and is used in a lot of everyday substances that have been tested for safety. In fact, you might be brushing your teeth with the stuff every morning.

The great thing about this stuff is that it isn’t an insecticide, so you’re not contaminating your home with this powder. Diatomaceous Earth kills bugs not by filling them with poisons, but by affecting their exoskeletons and not allowing fleas to contain water like they normally would. It’s like pouring salt on a slug. The salt isn’t actually harmful to you or your pets but it certainly is harmful to that pest. Actually, this stuff will act like a salt substitute where slugs are concerned, and lots of people who have gardens use this stuff outside as well as in. One additional note, you need 'Food Grade' quality for it to work, otherwise it won't be effective on fleas.

Fleas can be such a problem because the eggs are so small that they’re nearly indestructible when normal methods are used on them. These pests can hibernate for years in their pre-hatched state just waiting for a warm body to pass by, then instantly come to life and jump onto you. 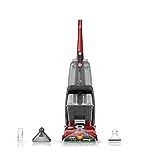 Although fleas can and will lay their eggs anywhere, the carpet can be a real problem spot. Liberally spread Diatomaceous Earth all over your carpet like you would a normal carpet powder and then use your vacuum to collect the vast majority of the eggs. Even if they hatch from the heat inside of your vacuum the Diatomaceous Earth will already be in there actively killing them. If you have a steam cleaner you can go the extra step of using heat in the affected areas. Heated steam will kill the fleas at all stages of life, but not everyone has access to a good steamer.

Even after getting rid of the flea problem in the house, there’s still the problem with the cats. I could give them regular rubdowns with Diatomaceous Earth, but that’s a never ending battle. Products like Advantage are out there for a reason, and will help protect my pets from ticks as well as fleas. It might not be a perfect solution, but it is a permanent one.

How you prefer to handle a flea problem?