Win the Battle! Methods on How To Kill Thistles

I have never read your column and never heard of you, but my sister, Etchy Chork, who lives just down the road and has been hanging around my house too much since her husband, the late Mr. Chork died after falling into a vat of grape jelly (don't ask me the details) and as I say Etchy suggested that I should "do something about those thistles!..why don't you write to the Friendly Gardener and ask him what to do!" so I am doing something and writing to you on her advice, a decision I shall, inevitably regret sooner or later.

So the situation is that I have thistles everywhere around my house, and in fact I think they are multiplying at a startling rate...it seems they are trying to block my door if they can, and while that may be a good thing, in that it will discourage Etchy from visiting, will also prevent me, in time, from leaving my own house.

Control those thistles don't let them get the best of you! Kill thistles before you are overwhelmed by the pest and can't get a natural nights' sleep for fear this weed will invade your very privacy and start moving from just dominating your garden to possibly coming into your life and killing your happiness by growing all over your videos, wiping out your house plants and generally making a mess of your grass and your family. Thistles spread like a noxious agent of invasive plant and grow on a scale of biological monstrocity! Help yourself now against the thistle and put an end to them it before they eat your video collection!

The thing to remember about thistles is that there are a variety of ways to do them in , so you are not to worry about that. If you worry about anything, I suggest you worry about your sister Etchy. She sounds like she needs a hobby, or an outside interest besides hanging out at your house all the time, but that's just my impression.

A Tale of the Thistle

Before you do anything at all, you must make sure you actually have thistles growing on your property. You can't just assume they are thistles because 'they say so.' You need proof !

But first a little story...

Legend has it (and it refuses to give it back) that a group of sleeping Scottish soldiers (is there any other kind?) were saved by the involuntary intervention of a Scottish wild thistle. It seems that a gang of Vikings (are there any other kind?) forgot to wear their shoes when sneaking up on this snoozing band of Scotland's best, and they stepped into a patch of...you guessed it...thistles! It is said (by me) that to this day, their screams can still be heard, echoing through the Highland glen. In thanks, the plant was made the Guardian Thistle (Thistle keeper) and is now a national symbol of the Scottish nation.

Now, getting back to thistle identity, I suggest some reference books or a quick search on the 'net' for thistle types or something of that kind. In the event that you don't have a computer, however, I will provide a list of candidates:

Creeping thistle
This plant, is, well, creepy, hence the name. He likes to grow everywhere: along the waterfront, (not the one with Marlon Brando) in meadows, cluttered places with dirt and stones or along the boundaries of the forest. In other words, everywhere. Their flowers are lighter than other purple thistles and their stems are smooth with lots of branches. The flowers are in clusters on the branches.

Nodding thistle
The nodding thistle look as though he is hanging his head a bit--and for good reason because ants find his a delicacy. Each of the seeds of the nodding thistle has a special secret : the ants call it 'desert'. There is a bulge on the Nodding Thistle that is full of oil and starch. The ants climb up the stalk to retrieve the seeds and they extract the tasty stuff and bring it back to the anthill. The spines of this flower are much thicker and longer than all other thistles. The stem is just below the flower and is smooth, which makes access for the ant easier, but also discourages other animals from eating it--after all,who wants to a plant and get a mouthful of Formicidae along with it!

Now, while I could go on all day describing this pesky plant to you, I won't. Instead, I suggest that if you don't know what a thistle is by now, you should sell your house and buy one without this nettle some pricker hiding in the undergrowth and you can forget all about the subject. Try a home in Antarctica--if they grow there, to quote a line from Dickens, "I'll eat my head!" but don't hold me to that.

Alright then, moving right along, how to eradicate,decimate,exterminate and generally obliterate, this bothersome intruder.

Firstly, I recommend you try to tackle these 'fellers' in a hand-to-hand combat. Get yourself some good gardening gloves and a shovel, and start digging.

You may find this too exhausting however, (not that you are necessarily out of shape, as thistles can really grip the ground and hold on for dear life when threatened) so you can alternatively get yourself some goats and let them deal with them. Goats love thistles and thistles hate goats.

Now, let's assume goats are not available where you live, or they are for other reasons--impractical. (Yes that is possible you know--goats may be cute and cuddly, but after they start eating your car tires for brunch, you may find them somewhat irritating.

In that case you might want to try some good old competition on those thistle thugs. Plant some clover. It will challenge that uncultivated (pun intended) gentleman to a fair fight, and likely the clover will win.

Need another way to wipe-out the thistle;Scottish,Canadian,Russian or other Geo-political varieties of the species?

Mulch your garden, and prevent further generations of thistle moving in and never checking out.

Crush some leaves and composted pine needles, straw or hay. These are common mulches. Spread a thick layer (about 2 to 4 inches) above the ground around your plants. The mantle that is created prevents most weeds from germinating and in turn keeps the water in the soil.

Thorns on the pizza

What you might not know is that some people eat thistles. In France and Italy for example, they are widely eaten in the form of artichokes.

The artichoke is a thistle with a huge flower as thick as an orange. Around the flower are spikes which, unless you want a sore-throat big-time, and discover that within the flower of the artichoke it is soft, and it tastes pretty good. The interior is called the heart,and this can be a topping on pizza.

So maybe those goats have a good idea after all. Who would've thunk it? 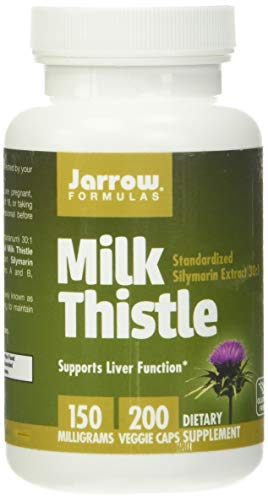