How to Use a Hedge Trimmer to Trim Bushes

How to Trim Your Hedges

In this guide, I will attempt to explain, as I painstakingly learned, the very basics of how to use a hedge trimmer, the different types of hedge trimmers, and some basic maintenance and care of them. There is an endless amount of garden equipment on the market with new items being invented every day. However, the basic tools generally remain the same valuable, efficient, and relatively affordable ones that they have been for years.

The Great and Mighty Hedge Trimmer

Also referred to as a 'hedge clipper' or a 'shrub trimmer,' the hedge trimmer has long been a key tool in the gardening arsenal. Designed largely like large scissors, hedge trimmers generally have dual-blades that are about 9-12 inches long and handles of roughly the same length. These shears are used manually to cut hedges (obviously). The method of use is also, much like you would use a large pair of scissors. Many gardeners use this piece of equipment as it is simple and extremely hassle-free to use, as well as environmentally friendly (unlike it's big bad cousin, the lawn mower). Nevertheless, lest you think the hedge trimmer to be an object of perfection, it also has its flaws. Its range can be limited and it is suitable mostly for minimal hedge jobs only. Rust prevention and consistent sharpening are key to help maintain the shears. Many shrubs and twigs have hard exteriors that can chip or blunt the blade. Due to these problems, hedge trimmers have come quite a way from where they used to be.

The standard shear design is far from today's more modern electric bush trimmer. If an electric carving knife had an affair with a chainsaw and they had a baby, the result would be the electric hedge trimmer. The electric bush trimmer, owing to its strange parentage, is roughly comparable to a chain saw, with a two-handed handle and an extra wire that is plugged into an outlet for it to function. The look of the blade as well as its features are the same as that of an electric turkey carver, for those of you familiar; however, it is bulkier possessing sharp rough edges.

In more serious hedge works, an electric hedge trimmer is a must due to its wider blade which makes life much easier. To make use of this type of hedge trimmer, just line the blades up to bushes and continue in a straight line in one direction. The trimmers will cut through anything in their path, including hard sticks and shrubs. The only down side of this tool is the extension cord, which may be too short at times, and may also get twisted during the job. To maintain this device, proper cleaning and oiling of the gears and the blade is needed at least once a week. The electronics and circuits must also be checked once a month to ensure safety. 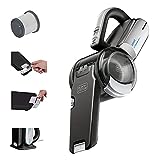