Is Alaska a Good State to go Off the Grid?

Alaska is the go to state when most people think about pulling up stakes and living an independent off-grid life. It is the largest state in the union and it borders no other state. It is chock full of natural splendor and magnificent wild life. However, there are downsides, namely it's way up on the top of the world so it is very remote, it's very cold and in the winter it's very dark. So is Alaska a good state to go off the grid in? Let's take a look and see.

Alaska can get below to -65 degrees Fahrenheit in the winter and has an average annual snowfall of 74 inches, so you had better like cold weather if you move to Alaska!

Average annual snowfall is 74 inches! That's a lot of snow!

It would seem that Alaska is free of building codes but that is not the case. While its true that a lot of people do build without getting building inspections or permits, selling a home that has been built without them can be problematic. Banks will not loan on a home that does not have the proper permits and this can greatly affect your resale value. Even if you never plan on selling your heirs might and they will be stymied if you did not go through the proper channels when building your home. If a home did not get the proper inspections after July 1, 1992 it will not qualify for the majority of financing in Alaska so unless you are able to get an all cash buyer it will be difficult to sell.

Most of the housing is made from wood as I don't think cob would do very well in Alaska's climate. There are, however, some straw-bale homes in Alaska.

Alaska allows cottage food operations that are direct to consumer only sales. The products must be non-potentially hazardous foods. There is a sales limit of $25,000 and labeling is required.

Alaska is one of 11 states that require no state requirement for parents to initiate contact or give any notice to the state whatsoever that they are homeschooling their kids. 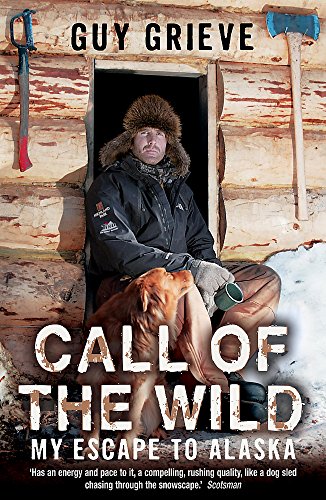 Call of the Wild
Buy Now

There is no information that says that rainwater harvesting is illegal in Alaska so I would assume that it is legal.

The tax burden in Alaska is lower than any other state!

Alaska has no sales tax.

Alaska has no income tax.

Only 25 municipalities in Alaska impose a property tax.

Alaska does not have an inheritance tax, gift tax or an estate tax.

Same sex marriage is banned in Alaska. However in April 2014 the Alaskan Supreme Court ruled that same-sex “married” couples must be treated the same as opposite-sex married couples regarding property taxes. In May 1996 statute section 25.05.013 was implemented. It makes same-sex marriages and civil unions performed outside of Alaska unrecognized in Alaska.

Alaska is a gun enthusiasts dream. Alaska does not require a permit to carry a handgun concealed. It is second only to Wyoming in gun owners per capita and has no restrictions on gun owners or ownership.

Over 57 percent of the population owns a gun in Alaska.

Raw milk herd shares are legal by statute, regulation or court decision in Alaska. There are no prohibitions against gardening.

In spite of the cold, dark winters people do have livestock that live outdoors year round. The challenge is to feed them. If you can grow your own feed you can save a lot of money. All farm animals must have access to warm housing and fenced pasture.

In general the average price for property is more expense than the average price for property in the lower 48. Additionally, the cost of utilities, food, transportation and health are also much more expensive than the average in the lower 48 states. Utility costs alone are 65% higher in Alaska than other parts of the United States. However, if you are off the grid you wont have to worry about cost as much as time, as you will be spending a lot of time chopping wood!

Would you like to go off the grid in Alaska?

Alaska has a long winter when temperatures can often drop to below 65 degrees Fahrenheit. However during the summer months many places have as much as 24 hours of daylight. Consequently the growing season is short but the days are long in the summer so it is possible to grow your own food in Alaska. A greenhouse would really come in handy and knowing which vegetables do well in this type of climate is key.

Even though Alaska is the least densely populated state and has a lot going for it when it comes to freedom loving laws and low taxes many people would not recommend Alaska as a state for retreat purposes in a crisis situation foreseen by modern day Preppers. The reason for this is because of Alaska's remote geographical position. Should a crisis occur you would be virtually stranded. Many areas of Alaska are only reachable by plane or boat and should a crisis occur supplies may be cut off. In addition, Alaska is prone to earthquakes and has a high crime rate which is surprising considering the low density. Barring a crisis, Alaska's benefits would have to be weighed against the harsh climate, isolation and long dark winters. Consequently, I'm not sure if it would be a state that I would choose to live off the grid, but hey, to each his own! Many people do make Alaska their home off the grid and they do so quite happily!