Is Colorado a Good State to go Off the Grid? 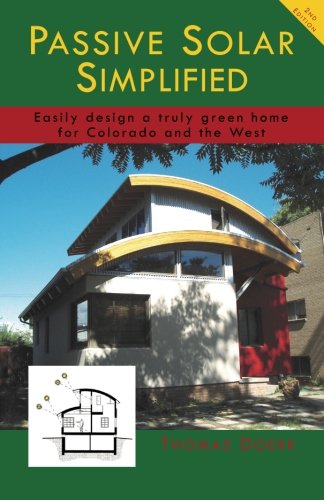 Colorado has great weather in the summer, in fact it has been called the California of the mid-west. There is little humidity and a lot of sun, the taxes are low and the scenery is stunning which is why it has become a destination spot for retirees. But, there are some very real set-backs if you plan on going off the grid in Colorado. Let's take a look and see if it is worth the effort to put down stakes and go off the grid in the Centennial state of Colorado.

The average annual precipitation in Colorado is 15.9 inches. Snowfall varies considerably depending on what city your are in.

While Colorado doesn't have a long tradition of using alternative natural building materials, lately cob workshops have been taking place in Colorado. The climate is also conducive to cob (although in some high altitude areas cob might not be warm enough), strawbale and/or earthbag construction. While this is hopeful another problem is that clay is scarce is large parts of Colorado, so you might have to purchase it and it could run your numbers up quickly. A truck load of clay will cost aproximately $600 dollars as of this writing in 2014. And of course make sure that the county you are building in allows alternative materials when building your home. Moreover, from my research Colorado is not an easy place to get approval for unconventional housing. Due to the cold climate in some places foundations that go below the freeze level are required as are high wind resistant homes. You might need to get an architect and an engineer to design and/or approve the building as well as having the construction inspected and of course all of this costs money..

It doesn't seem like it would be easy (and by easy I mean cost effective) to build your own home out of natural materials in Colorado.

Colorado is what is considered a “high regulation” state. The state requires parents to deliver notification or achievement test scores and/or a professional evaluation in addition to other requirements like teacher qualification of parents, curriculum that must be approved by the state and/or home visits by state officials. Colorado is not a good place to homeschool your children!

Back to Basics: A Complete Guide to Traditional Skills, Third Edition
Buy Now

Back to Basics: A Complete Guide to Traditional Skills, Third Edition
Buy Now

Unbelievably, Colorado makes collecting rainwater against the state law even in small amounts for personal use, for some people in cities and residential areas. Others, apparently can do as they please so you have to check in your particular county and see what laws apply. It goes without saying that the more rural you are the better your chances at being left alone to collect your rainwater. However, due to these restrictions, Colorado receives an “F” in rainwater harvesting.

Same sex marriage was banned by state constitution in 2006, however Colorado does allow same-sex couples designated beneficiary agreements since July 1st, 2009. And they also have allowed civil unions as of May 1st, 2013.

Permit to Purchase Rifles, Shotguns and Handguns: NO

Registration of Rifles, Shotguns and Handguns: NO

Licensing of Rifles, Shotguns and Handguns: NO

Colorado is ranked 37th out of 50 in the best state for gun owners poll (#1 being the best). Colorado does have a Castle Doctrine Law, allowing the defense of one's home. In addition, 35 percent of Colorado residents own guns.

In Colorado raw milk is legal only through the participation in a herd or cow share. It is illegal for a farmer to sell raw milk directly to the public. I could not find any regulations against having a garden in your front yard in Colorado.

Farm animals can graze year round in Colorado which can save a lot of money since you don't have to buy extra feed; however, much of this depends on where you locate, if you are in a snowy area you will have to supplement your animals feed in the winter.

Due to the high elevation in Colorado (average elevation is 6,800 feet), the intensity of the sun and the dry climate (lack of humidity) the growing season is not very long. One can extend the growing season through green houses and/or tunnels but on it's own growing vegetables in this climate is a challenge.

All in all I don't think that Colorado is a very good choice for going off the grid. While it is a beautiful state with the Rocky Mountains and majestic mountain areas and the taxation is pretty low almost every other area like home-schooling, cost of living, running a cottage business and even building your own natural materials home is difficult in Colorado. The freedom index for Colorado puts it at 19 out of 50 and the state has been leaning liberal for sometime now. There are people who do go off the grid there as there are in every state in the Union but there are much better states to accomplish this than Colorado if you are not there already.

Would you like to go off the grid in Colorado?