The "Rhodie" Makes its Debut

The Coast Rhododendron was chosen to represent the state of Washington on the National Garland of Flowers during the 1893 World's Columbian Exposition in Chicago, Illinois.

The exposition was created to celebrate the 400th anniversary of Columbus' voyages to the "new world." The Women's Congress developed the idea to have a garland of flowers made to represent each state.

Floral contenders from Washington to be on the national garland included the dogwood, clover syringes, gaillardia, Washington holly, marguerite, and the wild rose. Despite the fierce competition the Coast Rhododendron came through with the most votes winning its place on the National Garland of Flowers.

The beautiful flowers photographed here are all from the Olympia area of Washington State taken within a two block radius. The huge rhododendron blooms were everywhere lining sidewalks, driveways, and filling flower beds to bursting. Some were as tall as trees next to two story homes. The wide variety and amazing colors were hard to miss and easy to photograph. 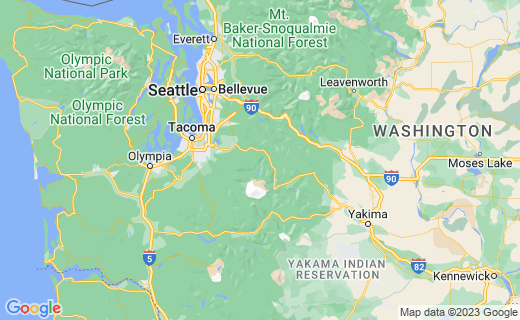