There is a designated flower for each state that is part of America. Hawaii is the youngest state, being the 50th.

Hawaii is located in the great expanse of the Pacific Ocean and includes 124 islands. These islands are very diverse in history, climate, people and culture. Most often people think of Waikiki or Diamond Head when they think of Hawaii, but there is so much more than that.

The islands are populated with colorful people as well as flowers. The yellow hibiscus has been chosen as the official state flower of Hawaii. 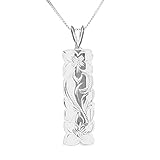 The hibiscus was adopted as the Hawaii State flower in 1920, when Hawaii was just a territory of the United States. At that time, it included all varieties and colors of the hibiscus plant. It was in 1959 that Hawaii received statehood. The state legislature then adopted the hibiscus, but it was not until 1988 that the one flower chosen to represent Hawaii was the yellow hibiscus.

About the Yellow Hibiscus

The yellow hibiscus flower is a large, bright yellow flower which has a prominent yellow stamen. It is otherwise known as the hibiscus brackenridge. These beauties grow from four to six inches across and often have a reddish or maroon center. Most often you see them grow as a single flower at the end of a branch, but they can also grow in small clusters. Although the Hawaiian hibiscus is a native to the Islands of Hawaii, it has become endangered in its natural habitat.

There were originally only five species of hibiscus that were native to Hawaii. Over the years, other varieties have been brought in from other countries. Hybrids have also been developed, so that today you can find the hibiscus flower in many colors, shapes and sizes.

The seeds are covered with fine hairs and are shaped like kidneys. These small seeds are found inside oval capsules which are less than an inch long. After the capsules mature, they open and release the seeds.

The leaves have an uneven number of lobes, usually three, five or seven which and can grow up to six inches long. They are basically green with toothed edges.

The hibiscus flowers grow on bushes which can reach a height of from three to 15 feet, and grow as wide as eight to 15 feet. The flowers blossom only part of the day, usually in the afternoon between 2:00 and 4:00 p.m. Then they close up as if to go to sleep. The bush can have blossoms almost every day during the year, but the blossoms themselves do not blossom very long. That is why you will often see a new hibiscus blossoms worn in the hair each day by many local women.

So, if you are visiting Hawaii soon, or just interested in a little Hawaiian trivia, now you know that the state flower is the yellow hibiscus.