In the warmer months, it's lovely to grab a chair and sit out in the garden in the sunshine, listening to the birds chirping. It might be even nicer to be cruising on a liner, sitting on a striped deckchair in the breeze, soaking up the calming blue hues of the ocean....zzzzz. Pardon me, I drifted off for a minute there.

The classic, old fashioned wooden-framed portable deckchair was originally designed for ships, so passengers could relax on deck and when not in use, they could be folded up and stacked for storage. Most of these chairs had a colourful, canvas cover, either in a gay stripe or a bright block of colour. Originally, when unfolded the chairs had only one position but the addition of notches in the wood meant that the sitter could vary the recline.

From Deck to Garden and Beach

As the design was so handy and portable, the deck chairs were widely used out in the garden, on picnics or at the beach. Nowadays, most foldable outdoor furnure is plastic resin but there's something to be said for the look and feel of the old-fashioned deckchair - they really brighten up a porch or garden.

Traditional deck chairs feature in many old family photographs and on the covers of old ocean liner brochures. They also conjure up images of boater hats, gardens, Brighton Beach and summer fun and relaxation.

"Shuffling the deckchairs on the titanic" became a popular expression that means to focuss on trivial, unimportant things in the face of a crisis.

Believe it or not, there is an organization called the Natural History of Deckchairs Society, whose mission statement is as follows:

The Society is dedicated to documenting the lifecycle of all species of deckchairs (and evolutionary forms thereof). Provide a repository of photographs of deckchairs (Solium sp) in their natural habitats. A bit of fun really

Make Your Own Classic Deckchair

Making a traditional deck chair is not too difficult if you have a few basic handyman skills, as they are a simple design and there's some cheerful canvas materials you can buy, like these examples from Amazon, to finish off the look.

Follow the blue link below for instructions on how to make an old fashioned deck chair: 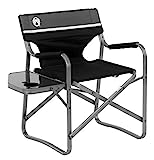 How to Build an Adirondack Style Deckchair

The traditional Adirondack chair is a summer classic, dating back to the early 1900s. It's a rural style, and not really a true naval deck chair, however it's still nice!