Separating the Junk from the Treasures

Cleaning Up My Junkyard

I finally tackled the yearly spring cleaning of the backyard and garage; something I dread doing but something that must be done. Over the years I have managed to collect a lot of stuff that I don't use; a lot of the stuff I collected I had planned to fix up and use but never got to the fixed stage with much of my stuff. I noticed my place was starting to look like "Sanford and Sons" this was a sitcom that took place at a junkyard. I started to complain about some of the stuff that I felt I could part with. I didn't want to end up on a future episode of the show "Hoarders" so I decided it was time to part with many things that were just gathering dust and no longer being used.

I managed to get many things sold on-line that was great making some money on stuff I no longer used. I was happy that these things would be used once again by their new owners. I managed to round up about 8 bags of clothes to be donated to goodwill. Many of these articles of clothing I had kept for years hoping that I would someday fit back into them. Well, they have been in and out of fashion and they still don't fit I finally came to grips that it was time to let these clothes go to someone who will be able to wear them.

Deciding What Stays and What Goes

At times it was difficult parting with certain items that I had a special attachment to; but in my heart I knew that letting go of certain things was the right choice. Many things I got rid of hadn't been used by me in years but as soon as it was time to decide whether to part with them or not it became hard to make the decision to let them go. I did manage to part with a lot of stuff but there were certain items that I could not part with; even though I no longer used them I still wanted to know they were there if and when I needed them.

Off to the Dump

I made my way to the dump with a big load of junk from my clean-up. I was so happy to see the yard looking much less cluttered. I am the one who hates clutter so I was the one pushing to get rid of things and complaining about stuff that I wanted out of there. I have only scratched the surface so far but it's a start. During the summer months, the dump became a regular almost weekly destination for my husband (Mike) and myself. On one visit we noticed a trailer in the dump that was the same house-trailer that we had at home, that we use as our garden storage shed. I inquired how much it cost the people to have the trailer dumped. I was shocked to find that they paid the dump $700 dollars! The dump charges by weight, so this trailer was still in one piece--that is what made it so costly to get rid of. I guess we will be keeping our trailer/garden shed until it falls apart. We will then take it to the dump bit by bit.

I Picked Up Patio Set at Dump

After all my lecturing about no more clutter and everything must go attitude I seen a patio set at the dump and I had to have it. No sooner had I cleared out the trailer full of junk when I was loading it back up with patio furniture. I was delighted thinking of the treasure I found at the dump! This patio set had some surface rust and needed a coat of paint; it was solid steel and was coming home with me. I sanded it and painted it orange (one of my favourite colours). It is like a brand new patio set for me. I bought some cushions for it at a bargain shop and I must say it looks great. I am glad I took the patio set from the dump, but I am still working on trying to get rid of more stuff. Hopefully, I will continue sending more stuff out than taking more stuff in! In the meantime, I am dining tonight at my new/old patio set! 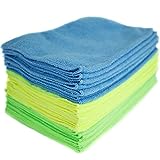 Do You Think Most People Have a Hard Time Letting Go of Things?