Replacing a Sewer Pipe in front of your Home

Eww- Could this be the inside of your pipe?

Where is that water coming from in the basement floor?

Well, it all started after a long hot bath and washing my hair. My buddy was off to work and I decided to wash the clothes. I hopped down the steps with the clothes basket and plop on the floor in front of the laundry room door a couple of inches of cool clean clear water.....and it smelled sooo good like my vanlla shower wash and hair conditioner. What a shocker... so... after phone calls and worry I cleaned up the water. I knew the bottom of the hot water heater was rusty, but could it have come from it? It was not dirty water?... could it have come from the sewer pipe..?

We didn't use the basement bathroom very much, but we decided to turn off the toilet and watch for it to happen again?.....

Well, a couple of months and yep ... same exact situation. So, time to call plumbers....

Where to begin?... I knew that some plumbers had the camera snakes. I also knew that most counties would check to see if the water backup problem was on their side of the line or in your yard. I started calling for estimates of getting a snaking. So you had to say that you thought it was coming from the sewer line, but you were not sure. How much did they charge for snaking?.... how much did they charge for the camera snake? If they find a problem and need to replace your sewer line do you get any credit for the camera or snake charge, and was the cost a flat fee or was it by the hour or day. Of course, as in anything you don't want an open ended charge by the hour. Where is the motivation to get the job finished if they get paid by the hour. Flat fee was important to us. We also wanted someone to try not to rip out our bushes. They were old and established. I love yards and when they look nice. The good thing was that I had just started on this yard when this happened so there was not a lot for them to ruin, but grass and some well established evergreens, a few hostas and dusty millers and some vinca around the tree.

The first person to come out was the County. I called and told them my situation and they came out the same day and opened the sewer line access and watched to see if they had stop up. No, they did not. They said if they thought it was questionable where the problem was they would send their camera line guy out immediately, but they felt there was no question that we had the problem in our side of the line.

The next person came to give us an estimate on the problem and tell us what he thought charged just to come out, but he was my buddys choice. When I called them they did not bother to tell me that they only snake and they do not perform outside. They charged over three hundred for snaking and over two hundred for camera. But why use them if they could not fix the sewer line outside. I knew a snake might be an immediate fix, but I wouldn't know what the cause was and then what if it happened again with ewww backup. No, thanks... So we paid for the estimate and then we proceeded to get other estimates. Now I knew more of what to ask.

What is the cost of a camera Snake?

Can the cost of the camera snake be applied to the sewer pipe replacement if we had to have outside pipe digging up done?

Figuring out what the ask was the biggest problem.

When the estimates are written out ask them to put the warranty on the estimate and exactly what the estimate is for. Is it a Flat Fee or could it go up dramatically after they already start digging up your yard? Many estimates wanted to just say, could be xxxx but might be dramatically different once they dug up the yard and you are like at their mercy once their backhoe is in your yard.

Important to know the company you are dealing with or have references or find reviews on them on the internet so you know they are not fly by night that might mess you up and leave you in a mess in the middle. You must have a reputable company that depends on their reputation.

Usually contractors will ask for a third deposit with the signed contract and then the rest upon finishing. Always get an estimate on time and distinct time lines with only weather exceptions as to start and finish.

We always get more than one estimate and I need to feel comfortable with the contractor I am dealing directly with. If their is questionable communication it just makes me feel very uncomfortable. If you have trouble setting up the estimate, well expect trouble with the scheduling and the actual arrival to get the work done.

We had more than three estimates for this and ended up saving thousands of dollars had a relatively pleasant experience, considering the fact that there was a backhoe and 5 to 6 men and a huge hole in the front yard. They did as little damage as possible to the yard, the grass grew back in a week and I can't believe we survived after a month of just trying to get reasonable understandable estimates and find out what we were really dealing with.

We did find a company that would do a snaking and a camera for one cost and see where there are breaks or drops in the piping. We saw roots on the none camera snake when they pulled it out, but the truth was told in the camera video where you could see the pipe dropping and water setting in places instead of flushing totally out of the pipe. Then we knew we needed to do a pipe repair instead of waiting for the roots to grow back in and catching us offguard in the future or ruining the finished basement. We got an estimate from this company and they were very professional and very nice to work with, but their estimate was way high and they wanted to say that they would have to pull all the bushes out and ruin the yard and that they wouldn't be responsible. This was a big worry for me if they were going to wash their hands of being careful. The other thing was there appeared to be a question as to whether their was an electrical line accross where the sewer pipe would have to be dug out.

So they had to say that if that came into play the estimate would go up even more.

The next estimate was also high, but the estimator called the county to mark the utility lines with paint before he gave us the estimate so he could be sure where the utilities were. He didn't really seam to care about getting the job and waiting for estimates from all these people took a good deal of time. The estimate was high to begin with, but almost seemed to be guaranteeing us that there would be some reason for it to go over night and doubling.

The one we chose came out for the estimate promptly, professionally, and then gave us flat fee no worries of if it goes over a day the fee would double as in the others. He also said he would try to do the job without damaging the landscaping. They came through on all accounts.

Picture one, you can see that it turned out our sewer pipe was broken and may have been broken since the pipe was put in when the townhouse was built. There was a very small hole where the flow could go out of the house. For years there was only one person in the house. Now with only two we saw the evidence of the backup. Thank heavens we caught it now so there was no damage. The basement was finished nicely and we just couldn't take a chance.

There was a big tree in the front yard so the roots were going into the break and compounding the problem.

Picture two, when the plumber came they used a camera snake and then on the outside they used a monitor type of seeking device to find where the trouble spot was outside that you could see on the camera snake and then they knew where to dig. They dug the hole and put in a reinforcement wall. It had to be 11 feet down and they put a ladder down and two people had to get in the hole to help with tools and holding things.

Picture three a huge backhoe had to come in our teeny tiny front yard. It is important to tell your neighbors what is going on ahead of time. In the middle of my getting snaked and estimates the neighbor had a huge problem. They also have a big tree in their front yard and their pipe was totally blocked. They kept having it snaked but then it would block again. We had never talked to the neighbor before, but when a backhoe came to their yard while I was in the middle of estimates I went out and talked to them. I felt very lucky our problem was not as bad as the neighbors and we did not have damage like they did. This confirmed my decision to do something as soon as possible. They also helped me a little with the fact finding of the job. Their contractor was the one that called the utility company, which was great to see where the markings were. It helped me make sure that the other estimates included the fact that their might be electrical lines in the way. Unfortunately they were really high and did not seem to want the job.

Picture four we actually had underground black tubing for the gutter downspout and sump pump exports. When they dug up the pipe with the backhoe, they had to cut the underground black piping. The good part was that there is a Home depot near us that I could go get some replacement piping and extender coupling and the plumbers attached it and laid it in the hole so I wouldn't have to dig again and try to fix it. So those are the new pipings I had to get and they put in for me.

Picture five they managed to contain the yard disturbance to the other side of the tree even though they had to drive over the yard.

Picture six they threw the dirt back in the hole ran back and forth over it after they had repaired the pipe and then threw down seed and some straw.... wow it grew in a week

Picture seven two weeks after the grass was rich and green. I did get some guaranteed to grow seed and tossed it down on all the bare spots and I think it looks wonderful after all the trauma

Picture nine All done and ready to enjoy driving up and seeing the yard again.... YEH! 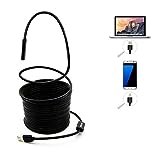