Save Money And Make Your Own Laundry Detergent

15 minutes is all you need for 2 cents a load

Why pay a multi-national company to sell you inexpensive ingredients mixed with water? You’re paying for marketing, taxes, plastic containers and shipping – because, let’s face it, water is heavy.

It won’t involve more than 15 minutes of your time and it will cost you about two cents (U.S.) a load.

I’m kind of a fusspot about the scents used in detergent, liquid soap, moisturizer and deodorant. I like things to smell good, but not overpowering. More than a few people complain about the heavy perfumes in the detergent aisle at the grocery store. (Once, when I bought fabric softener sheets, the box was loaded next to bread in my bag. By the time I got home, the bread had absorbed so much of the perfume, I had to throw it out!)

For these reasons, I’ve taken to making my own mixtures of personal care products, so I recently tried a recipe for laundry detergent that looked easy, inexpensive and fun. Here’s what I used to make 5 gallons of liquid detergent as good or better than anything available:

All of these were available at my local Walmart, except for the fragrance. You probably have something you like that you can spray into the mixture, or put in several drops of essential oil to give it a nice scent.

First put on a big pot of water on the stove and heat to a warm, not quite boiling, temperature. Don’t worry about how much is in here since you’ll be adding enough water to fill up the 5 gallon bucket halfway.

While that’s heating up, grate the Zote with a cheese grater. This took me less than 5 minutes (probably 3 minutes) and it was a lot less work than I suspected. Once the water is hot enough, mix in your grated soap.

Stir it up until the soap melts, which will happen quickly. Then (carefully!) pour the entire mixture into your 5-gallon bucket.

Measure a ½ cup of borax and 1 cup of washing soda and pour into the bucket. Stir.

Add enough water to fill to the halfway mark. Mix in your scent or fragrance and stir.

Let the whole thing sit, covered in a warm place overnight. I set mine outside, since it’s very sunny where I live, and the bucket would stay warm.

By the next day, you will have a soapy gel. Stir it up well and fill half an empty laundry bottle with the gel, adding water to fill the rest of the bottle. Shake it up well, and there you have it!

You will have just made great laundry soap for a tiny fraction of what you would have paid at the store. By my calculations, I will be paying about 2 cents a load.

Use just ½ a cup on average for each load (top loaders), and try 1/3 or less in front load washing machines.

Vernon Schmidt, an appliance repairman who self-published a book “Appliance Handbook for Women: Simple Enough Even a Man Can Understand,” writes that we use too much soap in our laundry. “Most people use 10 to 15 times more soap than they need,” he told the New York Times.

You can check to see if you are using too much soap with this test: Take four to six clean bath towels, put them in your front-loading washing machine (one towel for a top loader). Don’t add any detergent or fabric softener. Switch to the hot water setting and medium wash and run it for about five minutes. If you see suds or residue, you’ve been using too much soap. 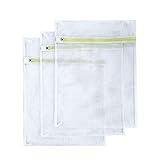 Putting It To The Test

I have tested the homemade soap against a popular brand ("All" Detergent) to see how well it would take out a mustard stain on brand new, white washcloths. I buy these washcloths in bulk to use around the kitchen, so they look pretty ugly after a year.

In both cases, the mustard rinsed out well and turned pink when it reacted to both detergents, but didn't take out the stains entirely. If anything, the homemade detergent did slightly better.

I rinsed both wash cloths seperately in an oxygen cleaner, which is basically more of the washing soda along with sodium percarbonate. After this, the homemade detergent washcloth came out practically like new, while the store detergent didn't quite make the same improvement.

After this test, I can say that the homemade detergent should use as much washing soda as borax, so in future mixes, I'll make that change. Others suggest simply putting in a cup of an oxygen cleaner into the mix to 'turbo charge' your homemade detergent.

It's up to you, but when you do make your own, try the mustard test yourself to adjust your mixture to your liking.