The Definition of the term Maids has changed…

The history of maids is an interesting one. In current usage when a person uses the term maid, they are most likely referring to a cleaning service person. This person can either be part of a larger maid service company, or a self employed and self advertised. Either way, this definition strays from the original definition which had maids doing domestic chores that included much more than just cleaning. The original term had maids doing the ironing, cooking, and washing, food shopping, and taking care of the children. And, maids used to have to wear a traditional uniform. Today this has gone by the way side.

The People who can Afford Maids has changed…

The number of people who have maids has risen drastically in the past decade or so. No, it is not because people have lost the ability to clean, it is simply because people are finding they have less and less time to fit cleaning into their schedule. And with most families now having dual incomes, the hiring of maids or a cleaning service is now attainable for more classes, not just the upper crust and upper class members of society. Historically, utilizing a maid service was thought to be affordable only to the affluent, these services though, have become increasingly common in many developed cultures, partly because of the rise in dual-income families. And, now that maids are not just self employed, “stand alone shops,” people feel more secure hiring them knowing that since they are part of a company these maids, as well as the cleaning company can be held accountable if something is reported stolen, missing, or even damaged.

Maids are Different than Nannies

Also as the number of people now using maids have increased, make sure to take note that your maid is neither your nanny nor your baby sitter. A nanny’s job is to look after a hire’s child or children. This is not the job of your cleaning maid. It is inappropriate and abusive to think you can leave your young children with a maid while she or he is cleaning your home.

Maids are Different than Au Pairs

Another distinction those hiring maids be unaware of is an au pair. An au pair is a foreigner who lives with a host family temporarily and looks after their children. Unlike a nanny who may or may not live with the family, an au pair always does. And this person is seen as a part of the family; they usually take part in all family chores and responsibilities.

The need for a maid is becoming common in many families, and in such a hectic world, it makes sense that someone be brought in to help. 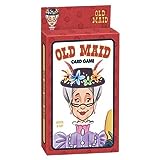