A detached house is a single dwelling unit that has no shared wall with any other dwelling unit. Unlike townhouses which tend to have similar designs, detached houses have a variety of different styles which includes bungalow or single-storey, two-storey, front split (those that look single-storied at the back but it has multiple stories at the front) and backsplit (which appear single-storied at the front but have multiple rear stories).

A semi-detached house is a house which joins to another house on one side and not on the other. The exception of this are those houses on the end of a row (this is more commonly known as an end terrace). However a detached house is usually worth more than a semi detached, this is because in a detached house we have no connecting walls with our neighbours and therefore less problem with noise

Townhouses, row houses, or town homes are all the same thing. A home that is attached to adjacent houses is known as townhouse. These houses can be built as multi- or single- storied structures. In this type of houses, there may be less privacy for the dwellers because sounds can pass through the common wall. Townhouses can often be found grouped together as small units such as triplexes or duplexes, or they can also be a part of a huge townhouse complex. Townhouse and terraced house mean the same thing, and they are usually more affordable than semi-detached and detached homes.

Another type of house is bungalow – the word comes from the Indian word bangla. It is a one-and-a-half or one story dwelling with low-pitched roofs with wide, overhanging eaves and a wide verandah. It was first developed in India. Bungalow homes usually only have one floor, although many of them also have second floor but covering only less surface area from their first floor. Large porches are often regarded as hallmarks of this bungalow style. The increasing popularity of this type of houses is due to the fact that they are often detached as well as cheaper than regular detached houses. They are also quirky, easy to clean and more convenient or safer for those with children. 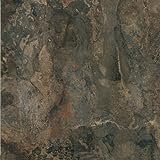 Cottage and bungalow can be considered as the same thing. In order to be considered as a cottage, the structure usually need to be quite small. Ideally, it has one story but many of them also have second half-story but for the purpose of storage. These homes can be built from a wide range of materials – wood, wattle and daub, or stone, and they may be thatched, tiled, or roofed with shingles, depending on the region.

Duplex homes, or duplexes, are structures in which two housing units share a common wall. In other word, it is a single housing structure but then is divided into two separate residences. And therefore each home is lived in by a separate family. These houses can be designed where each unit is placed on separate floors (one family on first floor and the other family on the second floor) or the two units sharing a common vertical wall (single storey duplex). Each residence has its own entry, own garden, own driveway, and all other features that people had expect from a freestanding house (living areas, kitchen, bedrooms, bathroom etc).