How to Build a Vivarium for Your Home or Office

Galaxy is a mother of three with thirty years of experience in making money go further.

The name vivarium comes from Latin and it means place of life, which is a very apt description. They are often used as containers for researchers to study plants, fish and animals in a controlled environment.

The term vivarium is used to describe an entire group of containers that include terrariums (bottled gardens), aquariums (fish, amphibians and water plants etc), insectariums (insects and spiders), and formicariums (that’s an ant farm to you and me).

I have found that Rocket aquatics is an excellent UK based supplier for all your vivarium building needs. These days it is quite common for people to have them in their homes and they can be wonderfully decorative and really add something to a room. It really doesn't matter what size you chose, from the very small to the very large, they are all beautiful. A well-lit vivarium can take the place of a lamp in a room, adding a soft warm glow in an otherwise dull corner. 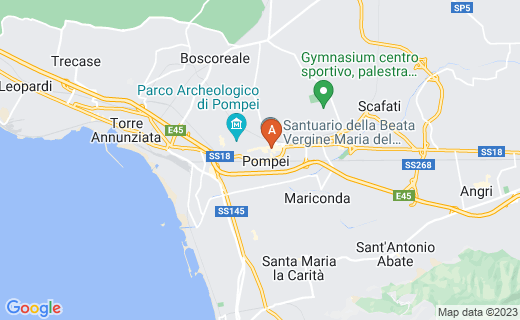 The Romans were great fans of vivariums, Pompei is the most complete Roman town so far excavated.

It would be easy to think of vivariums as a fairly modern invention but as far back as Roman times, people had marble tanks containing fish and aquatic plants in their villas. No roman courtyard garden would have been complete without their version of the modern water feature, it really is true that there is nothing new under the sun.

The Romans loved to surround themselves with beautiful things so why not follow their lead and build yourself a Vivarium.

During the 1950s and 1960s with the improvements in shipping and air freight the practice of keeping fish, especially tropical fish, and exotic pets in general really became popular.

Getting hold of nice exoctic content for your vivariums etc is easier today than it has ever been.

How to Build a Terrarium.

You will need a good strong bottle, one with an opening large enough for you to get your hand inside and a bit of wiggle space. Houseplant potting compost. Fine decorative grit or gravel. An assortment of small plants. Many garden centres and even pet shops keep miniature plants, small ferns look particularly good and they come in some amazing shades of green. Succulent plants are another excellent choice for a vivarium.

First, stand your bottle up and decide which is going to be the front, unless you want your vivarium to be viewed from any angle. Place a layer of grit, gravel or interesting stones in the bottom of the vivarium about two inches thick, this will help with drainage and stop your plant roots from rotting. Now place an equal amount of compost, homemade is good and saves you money, on top of the grit layer. Plant up your bottle, five or six small plants should be enough for a large vivarium. Don’t overfill the garden at this stage.

If you want the vivarium to be viewed from the front then plant the tallest plants at the back and the smallest ones at the front. If it is going to stand somewhere it can be viewed all round put the tallest plants in the middle and surround them with the smaller ones. When you are happy with the position of your plants within the vivarium spread a thin layer of gravel to cover the compost. This not only shows off your plants to good effect it also acts as a mulch to hold in the moisture which will stop your vivarium from drying out.

As an alternative to the top layer of gravel, you can use moss, which in my opinion looks a lot more natural and does the same job of covering the compost and retaining moisture. I use Zoo med terrarium moss as I find it works best and looks good too. Water in your plants, be careful not to over water, a small amount three or four times a week should be fine.

Place your vivarium in a well-lit spot and enjoy. Remember that the plants will continue to grow, sometimes much better than they would outside of the vivarium due to the humid conditions in the container, so you will need to replace them as they get too large. You can probably get away with leaving them in the vivarium throughout the winter as the plants won’t grow much at this time of year but in summer you will need to put in new small plants. You shouldn’t need to ever fertilise your vivarium.

Please take a moment to answer this short poll.

Do you own a vivarium?