How to Let a Property You Don't Want to Sell

Stella has written many property-related articles due to fourteen years' experience in residential lettings and renovation in the UK.

Homeowners nowadays have more choices open to them than over two decades ago when in many UK locations there was no such thing as a letting agent’s premises to be seen on the high street. If you were offered a job at the other end of the country you'd have had no choice but to sell up and leave and buy another house elsewhere.

But now any homeowner wishing to relocate or just buy a smaller or larger home in the same area can choose to let their existing home and become an ‘accidental landlord.’

This has become a favourable option in recent years when house prices have stagnated. Many homeowners have found themselves in a state of negative equity and rather than sell at a loss they've found it a more economically viable option to hold on to their properties and let them.

There’s nothing worse than to find you've put more money into a property than you can realistically get out, so in this instance, the only sound advice is to keep the house and put it on the rental market.

Letting your existing home is always the better option in spite of the many pitfalls in becoming a landlord. Once you've sold your home, that’s it - there’s no going back but if you let it, not only will you receive a regular income but you'll still have your asset which will eventfully increase in value. It’s the nearest you can come to having your cake and eating it.

Property values used to double every seven years whatever the highs and lows of the market but not anymore; so even taking into consideration the initial set up costs and agency fees, you'll be in a far better position than if you were to part company with your property altogether. The rental income your old house provides can enable you to afford a higher mortgage on your next home.

Many canny folks never sell any of their former homes and it's quite possible to progress from tiny terrace to millionaire’s mansion in the space of a few short years by constantly renovating, remortgaging and letting the previous properties.

Unless you reinvest in property, your bank balance will dwindle in an unbelievably short time, in these days of near zero interest and you may soon begin to regret a hasty decision to sell.

In today’s turbulent property market with prices spiralling downwards, renting out your former home has to be the better option than selling. Why knock thousands off your anticipated asking price in order to release your capital when you could be using your former home to provide a healthy income instead?

Your old home could be standing empty for many months before a sale is secured; during which time you'll still have to pay for ongoing repairs and maintenance. If you let it instead, you'll have more money set aside to keep it in a good state of repair so it can command a higher price when you eventually do come to sell.

Even factoring in all the associated costs of setting up a tenancy and paying letting agent's fees you'll still find you're in pocket so it's always better to let your old home than sell up if you can't get the price you want.

Many single home owners who strike up relationships with others in the same situation find that running two separate households is uneconomical. The obvious solution is for them is live in one property together and let the other. Furniture can easily be sold or put into storage if the house is to be let unfurnished. Why have a property unoccupied and costing you money in council tax when it could be earning passive income?

Finding a letting agent and the process of putting your home on the rental market are not complicated procedures; nevertheless, many homeowners still find the idea too daunting to even investigate the possibility of letting their home rather than selling. A reputable letting agency will be on hand to help guide you through the necessary paperwork and legislation you'll have to comply with and it needn't be any more taxing than you'd expect from selling a property anyway.

‘Accidental landlords’ can do just as well as full-time professional landlords when given sound advice from lettings agents; they'll be able to tell you if your home requires any adaptation before it's suitable to let and they'll also help you to find a reliable tenant. They will vet them thoroughly to assess their credit ratings and request proof of income so you can be sure you'll generate a secure income from your property.

There will be electric safety checks and gas checks to ensure that your property is safe to be let and any recommendations must be implemented before the tenant moves in.You'll be able to have a say as to whether the tenants are allowed to have pets or not and if they can decorate the property themselves. Again the letting agent will talk you through all the relevant information.

Even if you're moving to the other side of the planet, you can rest assured that a reputable residential lettings and management agency will ensure your former home will be as well looked after as when you left it. Agencies will conduct periodical checks and take photographs to see that no damage is done but you must be prepared to accept a certain amount of wear and tear. If you've let the property furnished, these checks will be more involved.

A tenancy agreement is usually set up on a six monthly basis which means you don't have to commit your property to the rental market for any lengthy period. Every six months you'll have the opportunity to reconsider your position. Letting your property thus leaves you with more choices. A letting agency will normally offer you two options. A 'tenant find' service or a fully-managed service where everything is done for you for between 10 to 15% of your rental income.

The ‘accidental’ landlord still needs to be wary of the pitfalls. Sadly there are unscrupulous people from all walks of life who will unashamedly rip you off in any way they can even if you treat them with respect. These renters who give responsible renters a bad name should more appropriately be named: ‘Tennits’ rather than tenants as they are little more than parasitical bloodsuckers who will have you tearing your hair out in frustration. Such people will continually abuse the privilege of having a roof over heads and quite frankly don't deserve a dog kennel. They have no conscience about fouling up your property and leaving you with their mess to clear up once they've left.

A reputable property management company will guide you through the possible pitfalls and know how to avoid tenants that fall into the above category and also make you aware of the legalities you'll have to comply with as a responsible landlord but all this is straightforward. Internet property websites too, have a wealth of up-to-date information and sound advice that you can apply to your own particular situation.

In conclusion, you'll have everything to gain by holding on to your former home by letting it until the market improves and it will earn its keep too! And of course, if your circumstances change and you ever wish to move back in you'll still have the option to do so. 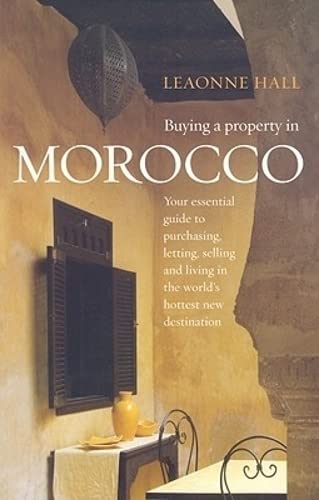 Would you consider letting your home?