Tony has many passions when it comes to food, pie making is one of his favourites.

This hub is not about making a fast buck, an easy few quid, it is writing for writing's own sake, and to share a little story with those who wish to read it. I hope it raises a smile or two as well... Tony

One of my earliest memories of childhood is sitting on Grandma’s front step eating a meat pie. Grandma didn’t have a back step, but the worn yet perfectly clean step was always referred to as the front step. The edges of the step each week were clearly marked after a good scrub with a block of soft stone that left a neat edge to it. [the stones were called ‘Donkey Stones’] From here I was to take many journeys. The step overlooked the tiny front yard and the middins along the ‘muck-road side’. Opposite was a row of tiny cottages, all of which had been family homes but at that time had all been converted into garages. Since this time they have been converted back again. Granddad stabled his Standard eight van in one of them, as well as surplus household utensils. One I remember was grandma’s now redundant Peggy tub and posser. After much persuasion granddad had finally been nagged into buying one of the new electrical tub washers that were just beginning to be every woman’s dream.

At the far end of the row in a low roofed cottage was a furniture maker and next to him was my favourite shop in the whole village, the meat pie makers. This gentleman’s meat pies were a work of art and no modern advancement could every reproduce their flavour or beauty. The savoury meat was a gastraunaught’s dream, the heavy brown crust fit for any king. The smell, so heavenly drifted along the street almost every day and I never got tired of it.

My main mode of travel at this time was a tricycle with a handy metal box with a hinged lid between the rear wheels. It meant that I could be sent on a whole host of errands by grandma, either to our green grocers shop along the main road, or perhaps to Rushworth’s the bakers for a loaf for tea. The box also meant that I could collect warm pies on my return. This particular culinary work of art would be taken back to grandma’s step after handing over 3d [three pence old money] and there it would be devoured with all the enthusiasm of any appreciative three year old gourmet.

If you are not familiar with this type of hot pastry pie then I can only sympathise.

In the lid as I called it, the upper crust to most people there was a convenient hole where the hot gravy was poured in. It was after one such visit that an event occurred which was always to be related by the family at those times we all got together to exchange such memories.

I had peddled back along the muck road and taken up my usual spot on the step with my steaming hot pie. I had watched the butcher lovingly pour the hot gravy into the hole in the crust, and then I was away to my perch. The pie was on one of grandma’s plates and I drank the heavenly nectar back out of the hole. The savoury taste was wonderful, so much so that I wanted more. Placing the pie back into the boot of my tricycle I returned to the pie makers. Never have I been back’ards at comin f’rards as they, so I re-entered the pie shop, pie in hand.

**“Nar then lad what’s up wi thee?” the towering, jovial butcher bellowed at me over the din of his machinery. “ is summat up wit’pie?”

“ No there’s nowt up wi’it, I was just wonderin’ if tha could fill it up agheean for me.”

**For those who don’t speak Yorkshire// “Now then lad, do you have a problem?”

“No there is nothing wrong with the pie, I was just wondering if you could fill it up with gravy again please.” 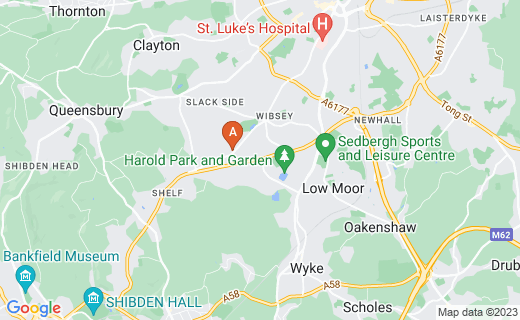