Ground beetles are allies in our battle against pests. Around the world there are some 25,000 species of these beetles, and most of them, both larvae and adults, are predators of a wide variety of insects.

Ground beetles (Order: Coleoptera; Family: Carabidae) often have grooved wing cases and a metallic green, blue or brown colour, but many also are dull brown or black. They are most active during the night, but can also be seen during the day, running at high speed through vegetation or up and down trees. Although some species can fly, they seldom do. In most species the wings have totally disappeared and the wing cases have grown together to form one strong shield.

This is a big-headed ground beetle, Scarites subterraneus

Biology of the ground beetle

Ground beetles deposit single eggs on or in the ground; some dig a small hollow in the ground with the tip of the abdomen into which they lay an egg. A few species use their mandibles to construct mud cells on leaves or low plants.

The females of at least one species (Pterostichus anthracites) guard their eggs until they hatch (see this abstract of the Entomological Review 88 number 8 (2008), 904-909). The larvae are strongly built and have chitinous plates covering their backs. They are fierce predators which hide during day time in self-dug 'corridors' in the ground, from which they emerge at night to hunt. Pupation occurs also in the soil.

Adults eat a wide range of insects, as well as snails, slugs and earthworms, which they grab and chew with their strong mouth parts. Irresistible is also over-ripe fruit. The adults overwinter in cracks and crannies and reappear in early spring. They usually die well before the next autumn.

Some books of interest 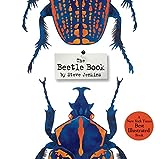 Video showing how ground beetles attack and eat their prey

Just as all insects, ground beetles have their own natural enemies, and are attacked by birds, toads, ants and spiders.

How to lure ground beetles into your garden