What You Should Know About Invasive Plants in the U.S.

The recent increase in ecological awareness frequently results in the misguided notion that anything and everything green is good. Instead of worrying about preventing “illegal aliens” of the human species from taking up residence within our borders, it would behoove us to redirect that energy to stop a far more serious invasion of aliens of the botanical species.

This is a topic we care deeply about and we encourage you to learn all you can about invasive plants in your region and we thank you for taking the time to read this lens and for planting responsibly.

What Makes a Plant Invasive?

Invasive plants are plants that have been introduced into the United States from other countries either intentionally or unintentionally and that have spread virulently.

Due to a lack of natural herbivores and parasites to limit their spread, they soon taking over their new habitat, displacing native species and disrupting ecosystems, adversely affecting agriculture, wildlife that depend on native plants for food, soil composition, and biodiversity.

Not every non-native plant introduced into the United States is invasive. Some have been beneficial and include a large percentage of our food crops. However, many species cause major environmental and economic damages to agriculture and other aspects of the ecosystem.

It is estimated that the economic cost of invasive species comes to about $120 million per year. The ecological cost is incalculable.

European Purple Loosestrife (shown in the photo above), for example, was introduced in the early 1800s for its ornamental qualities and, although it is lovely to look at, it is also extremely aggressive, spreading. across more than one billion acres in 48 states annually. It is considered the cause for the loss of at least 44 native plant species and, because local wildlife do not eat the plant, and starve, the demise of the bog turtle and several duck species as well as the depletion of other animal species. It is estimated that it currently costs about $45 million per year to control just this one species of plant.

CAUTION: Some Alien Species Are Toxic - Know what precautions to take

Some plants not only cause harm by the negative impact resulting from their choking out and overtaking native plant life. Some are dangerous to even touch and care should be taken when removing them.

Giant Hogweed, for example, has become rampant in New York and the rest of the northeast coastal areas, reaching into Vermont and continuing to spread. It has also taken a hold in parts of Canada and Europe. Giant Hogweed comes from China and was brought to Europe and subsequently imported to North America by the Victorians who thought it was a stunning architectural plant.

What they did not realize was that the sap causes the skin to burn, darken, and scar. If it touches your eyes, it can cause blindness. It is difficult to irradicate as each plant produces 50,000 seeds that are viable for 7 years. Although it can grow to over 20 feet high, smaller seedlings are just as toxic and have been found in backyards and parks in addition to forested areas and riverbanks. We suggest you take a few minutes to view the excellent videos on this page. They are factual and educational, rather short in length, and not sensationalized.

Alien Plant Invasion: Is it too Late?

Some local and mail-order Nurseries continue to sell plants that are invasive in some or all climates because they are easy to grow -- but they can soon take over your landscape.

You should familiarize yourself with those plants considered invasive in your area before purchasing such unfortunately common plant offerings. (See list of some of the most common ones below.)

If you do choose to cultivate a plant classified as invasive in your region, plan on being vigilant about deadheading to prevent seeding and constantly monitoring the spread of the plants. If you turn your back, go on an extended vacation, or otherwise neglect your garden, the invasive plants will take over their better-behaved neighbors. 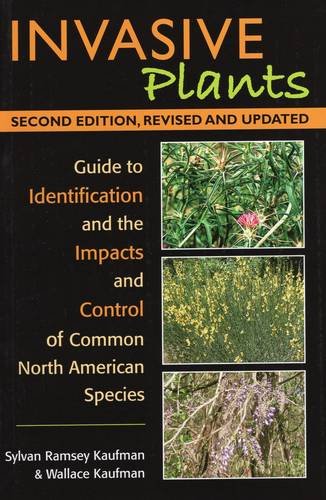 What You Can Do - How You Can Fight Invasive Species

Designing Your Garden With Native Plants Instead of Invasive Species

This page reveals 101 gardening secrets that the pros, retailers and giant chemical corporations don't want you to know.

( You'll find our other articles here.)

Let us know what you think, share your experiences with invasive plants (problems and/or solutions), recommend additional resources, or share relevant photos.