This hub is dedicated to Sir James Dyson, innovator and visionary behind the Vacuum cleaner company of the same name. Best know for inventing the worlds first bagless vacuum cleaner "The Dyson Dual Cyclone Vacuum Cleaner" . I have written a few hub pages about some of the innovative designs and technology behind Dyson's products, however I have noticed that if you have "vacuum cleaner" or "Fan" in the hub title its not eye catching or helping my goal for writing these hubs, which is to share some of the great design which has made Dyson one of the most Innovative British companies today.

My inspiration for this hub is to solve that problem by making a hub about James Dyson and some of the innovations his company has made, and hopefully you will become a fan and fascinated by Dyson products as myself. Interesting enough I was unable to find a suitable category to place this hub, so I just placed it in Arts & Design which is true with Dyson products they are as much a work of Art as a home appliance.

At first this hub will have some cross over of content as my first hub about Dyson but as it develops I will differentiate them and migrate some of the relevant content to this hub. If you are interested in more about a particular Dyson product, Ie a vacuum cleaner then please refer to my other hub pages.

I have had a Dyson bagless vacuum cleaner now since it was first launched and still working perfectly, at the time I thought is was ridiculously priced at about 3 times any of the other brand around. But still I got it because it looked cool and was purple. At the time I was like most people and didn't know much about Dyson's, But since I have been working in the area of innovation and design I have come to appreciate what is one of the best designed and innovative products around. Since then the company founded by James Dyson, or "Sir James Dyson" now! has been a textbook case study in many Business School as one of the most innovative companies today.

The story of James Dyson is a great story of how an idea to solve a problem can be turned into an successful and life changing business. It combined the use of innovation technology with aesthetic designs. It all started when industrial designer James Dyson was frustrated about his vacuum cleaner losing suction when cleaning, and decided to find a better solution. The solution was "The Dyson Dual Cyclone Vacuum Cleaner" , the worlds first bagless vacuum cleaner. It has many design features built in to then to make them function better but I believe that most people who buy the products are not aware of them. And it is these small features that make then such a great product. Copy cat products have tried to make similar products but Dyson are still the market leaders in terms of design and function. And now they are using the same ingenuity in which they were founded to develop other innovative solutions to problems.

I hope you enjoy this hub! 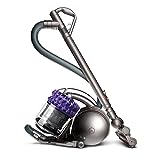 The story of Sir James Dyson

The mastermind behind the super fashionable and functional Dyson vacuum cleaners is Sir James Dyson, which he was knighted for in 2006. James Dyson was born in Cromer, Norfolk, England in 1947. He is an industrial designer, inventor and entrepreneur and best known as the inventor of the Dual Cyclone bagless vacuum cleaner, which works on the principle of cyclonic separation to maintain continuous suction during operations.

In 1979, James Dyson bought the then top of the range vacuum cleaner. He became frustrated with how it instantly clogged and began to lose suction so he emptied the bag to try and get it going but this had no effect. James opened the bag and noticed a layer of dust inside, clogging the pores. He became determined to develop a better vacuum cleaner that worked better.

During a chance visit to a local sawmill, James noticed how the sawdust was removed from the air by large industrial cyclones. Could that principle work on a smaller scale, in a vacuum cleaner? He took his vacuum apart and rigged it up with a cardboard cyclone. He then began to clean the room with it. Amazingly it picked up more than his old bag machine. The idea for the world’s first vacuum cleaner without a bag was born.

Dyson developed over 5,000 prototype designs between 1979 and 1984. The first prototype vacuum cleaner, the G-Force, was built in 1983, and appeared on the front cover of Design Magazine the same year. In 1986, the G-Force was first sold in Japan for the equivalent of Â£2,000 and in 1991 won the International Design Fair prize in Japan, and became a status symbol there.

In 1993 James Dyson set up the Dyson company, opening a research centre and factory in Wiltshire, England after failing to sell his idea to the mayo manufacturer. His first production version of a dual cyclone vacuum cleaner featuring constant suction was the DC01, sold for Â£200 and out sold the most popular brand in the United Kingdom. In early 2005 the Dyson Dual Cyclone became the market leading in the United States and the fastest selling vacuum cleaner ever made in the UK. The San Francisco Museum of Modern Art and eight other museums now display his vacuum cleaner.

Following from this success Dyson have used the centrifugal force technology as a basis and have created various innovative products such as ContraRotator Washing machine & Dyson Airblade hand dryer. 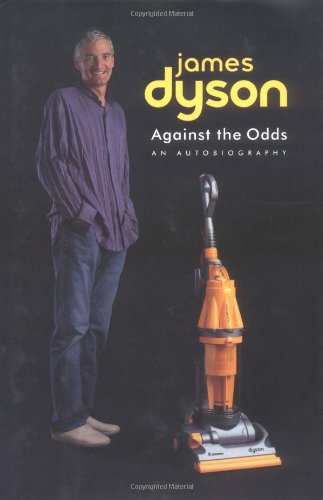 Against the Odds: An Autobiography
The inspiring autobiography of James Dyson, the countryÃ's leading entrepreneur and inventor, and how he succeeded against all the odds. Dyson's freewheeling account of his struggles, failures and successes is interspersed with his insights on how to turn an inspired idea into a household name. Also includes an updated chapter that reveals the details of the latest TOP SECRET Dyson appliance. Against the Odds will inspire engineers, inventors, and entrepreneurs and appeal to readers around the world.
Buy Now

A Dyson cyclone works by using an idea called cyclonic separation or centrfugel force, where air spins at high speeds inside a funnel shape chamber creating a cyclone where dirt and dust are thrown out of the airflow and collected at the base of the chamber. Originally the Dyson vacuum cleaners used a single chamber but was enhanced by additional dual cyclonic chambers. On top of the vacuum chamber, seven funnel-shaped channels were added that force air to travel in higher curvature cyclones than in the main initial cyclone, creating higher centrifugal force and allowing smaller particles to be captured before the air is expelled.

The powerful suction spins out larger dirt and debris and filters out fluff. The fast moving air then takes the smaller dirt and dust particles into the cones where the dirty air is accelerated to 900Â mph (1,400Â km/h), spinning at over 324,000Â rpm in each cone. Centrifugal forces of 200,000Â g are exerted on the tiny particles moving at 900Â mph (1,400Â km/h) inside the cones. The momentum of the particles is so high, that cigarette smoke particles separate from the air at the narrow end of the cones and gather in the container. The use of centrifugal forces rather than fine filters results in the Dyson maintaining suction without deterioration as dust passes through the cyclones to be collected in the container.

At the heart of all Dyson's products is Dyson's Digital Motor, Its a highly efficient redesigned of a conventional electric and can spins 5X that of a formula one racer.

For over a 100 years, the design of Electric motors have not changed since there were invented by Michael Faraday in 1831. So Dyson wanted to redesign then using the latest technology and materials.

The problem with conventional motors is they are bulky and contains fragile components proned to failure, These include fragile fans, copper windings and brushes that wear out easily. And as the carbon brushes wear down they also emit carbon particles into the air. This makes the motor's inefficient and unreliable but the Dyson digital motor have been redesigned with stronger and lighter to solve these issues. Dyson's Digital Motor also use a digital pulse technology a microprocessor that allows it to spinning at up to 104,000rpm (Five times faster than a racing car engine). The brushes and fixed magnets has also been removed therefore no carbon dust is produced. This makes the Dyson Digital Motor smaller and lighter than conventional motors.