How to Plant a Three Sisters Garden

Companion Planting with The Three Sisters - Corn, Squash and Beans

According to many Native American legends the three sisters are corn, squash and beans who can only grow and thrive if they are planted together.

The technique of planting these three different plant seeds together is one that has been used by Native Americans long before the Europeans arrived. It is interesting to see how the wisdom of the Native Americans can now be explained by science of intercropping.

Planting the three plants together allows the corn, beans and squash to work together in a process called companion planting. Each plant helps the others to grow, creating a beneficial relationship, hence the stories of the three sisters working together.

The tall corn provides a natural trellis that the beans can climb up on. The beans provide nitrogen in the soil to help the corn grow. The low-growing squash grows along the ground, protecting the roots, suppresses the weeds and helps to conserves water.

In addition when corn and beans consumed together or within a few hours of each other, they make made a complete protein, or you get all of the amino acids that you need for the day. By eating complete proteins Native Americans (and others who eat grains and beans) are less dependent on animal sources of protein.

You may want to pick up a copy of

The Resilient Gardener to learn more about how potatoes, corn, beans, squash, and eggs can be grown in the home and help you be more self-reliant on your own food sources.

From Renee's Garden shares information about the Three Sisters on the seed packet:

In late spring, we plant the corn and beans and squash. They're not just plants. We call them the three sisters.

So long as the three sisters are with us we know we will never starve. The Creator sends them to us each year.

We celebrate them now. We thank Him for the gift He gives us today and every day.

The People's Garden is on a corner of USDA property that has been dug up to bring organic gardening methods to greater awareness. In addition to the 3 Sisters Garden, it includes raised beds, container gardens and other planting demonstrations. The USDA says the food grown there will go to local food banks.

Articles about the Three Sisters Gardening

Legends of the Three Sisters

When Native people speak of the "Three Sisters," they are referring to corn, beans, and squash.

Known as the "sustainers of life," these are the basic foods of sustenance. They are seen as three beautiful sisters, because they grow in the same mound in a garden.

The corn provides a ladder for the bean vine. The squash vines shade the mound and hold moisture in the soil for the corn and beans. The well-being of each crop planted is said to be protected by another.

Many a legend has been woven around the Three Sisters-sisters who should be planted together, eaten together, and celebrated together.

This video was created by the 2009 spring plant physiology class at Plymouth State University as part of a video contest. Learn the legend and the science behind this method of planting.

Honoring the Three Sisters - US Mint

The 2009 Native American $1 Coin is based on the theme of agriculture. On the back side it features a Native American woman planting seeds in a field of corn, beans and squash.

The US Mint offered the following additional information about the Three Sisters:

Companion planting what the Iroquois valued as the sustainers of life: beans, corn, and squash. Watch the video from GardenGirlTV and learn how to plant them in a raised bed.

The Three Sisters (corn, squash and beans) when eaten together comprise a nearly perfect protein.

How the Three Sisters Work Together

The Park Seeds Company describes how these three sister plants work together to protect each other and to result in a higher crop yield than if either were grown separately.

Corn is the oldest sister of the three who stand tall and acts as a support for the other two. 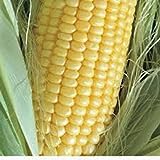 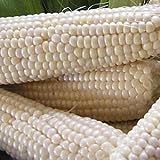 Bean is the middle sister who binds the three sisters together, but leans on the others for support.

Squash is the youngest sister who crouches beneath the feet of her taller sisters, protecting and shading their feet. 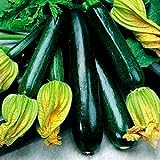 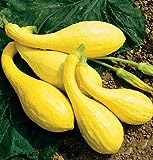 Park Seed company offers a great tutorial on how to plant your three sisters.

For more information and images, see the tutorial on the Park Seed company website.

The Casual Gardener, Shawna Lee Coronado and her family show how to plant a three sisters garden.

A stew made with the Three Sisters - Corn, Beans and Squash (Butternut)

Adapted from "The Three Sisters: Corn, Beans and Squash" from the Colorado Department of Agriculture, Soups and Salads.

They recommend, "If time allows, let the stew stand for one to two hours before serving, then heat through again. The stew should be thick and very moist but not soupy. Add additional stock or water if needed."

Another recipe that lets you use the three sisters vegetable ingredients. This one works up as a casserole.

More Recipes for Cooking with the Three Sisters

Recipe for the Very Veggie Soup

Had you heard about this Three sisters story?

Will you try it with your garden this year?