Halloween is based on the Celtic festival of Samhain and the ancient Celts believed the border between this world and the otherworld became thin on that night, allowing spirits to pass through.

Traditionally, hollowed-out pumpkins carved with faces are placed in windows to ward off spirits whilst children dress up in costumes in the hope that copying evil spirits will placate them.

A forklift moves the largest pumpkin in the world, weighing 1,810.5 pounds, into place for display at the New York Botanical Garden in New York

Guinness World Records has confirmed that a massive pumpkin grown in Wisconsin is officially the world's heaviest.

The gourd grown this year by Chris Stevens of New Richmond tips the scales at 1,810.5 pounds. That's 85 pounds heavier than the previous record, a 1,725-pound pumpkin grown last year in Ohio.

Stevens' pumpkin has a circumference of 186.5 inches, or more than 15 feet. When turned on its side, the pumpkin is more than waist-high to an average-size person.

Stevens unveiled his pumpkin earlier this month at the Stillwater Harvest Fest in Minnesota. He said at the time his secret is a precise mixture of sunshine, rain, cow manure, fish emulsion and seaweed.

South Dakota farmer Kevin Marsh stands next to his 1,674-pound pumpkin near Parker. To his right, his daughters Maddie and Autumn sit on a 1,536-pound pumpkin he grew

This pumpkin weighs nearly enough to be Cinderella's coach.

South Dakota farmer Kevin Marsh of Parker knows his 1,674-pound pumpkin isn't pretty - it's won an ugliest pumpkin award at a Colorado event. But it's also only 51 pounds shy of the world record listed by the Great Pumpkin Commonwealth.

It's not the first big pumpkin Marsh has grown. One he grew earlier this year was 1,536 pounds, and he had one at 1,488 pounds last year.

Marsh says he doesn't have any big secrets for growing behemoth squash. He says he buries vines as they grow so they get double the amount of roots, and uses a lot of organic fertilizers. 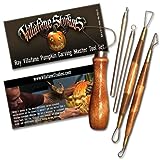 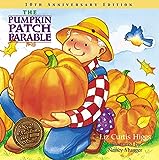 A pumpkin is shown appearing to be growing in their pear tree at their Greenfield home, 50 miles southwest of Des Moines, Iowa.

An Iowa couple have discovered an eerie presence in their pear tree, just in time for the approaching Halloween season.

Des Moines television station KCCI reports that Phil and JaNelle Lovely recently discovered a pumpkin that appears to be growing in the tree at their Greenfield home, 50 miles southwest of Des Moines.

They say they have no idea how the pumpkin ended up in their tree, but it appears to be the work of Mother Nature. A nearby garden vine climbed the tree, giving the now-green pumpkin the appearance of having sprouted from one the tree's branches.

JaNelle Lovely says people have been stopping by to see the suspended pumpkin since it was discovered on Labor Day. She's hoping it remains in the tree until it turns orange.

The North Carolina Zoo will hold a long-standing tradition of Halloween mischief: pumpkin-smashing.

Even some of the critters at the North Carolina Zoo can partake in a long-standing tradition of Halloween mischief: pumpkin-smashing.

The zoo is holding its annual 'Pachyderm Pumpkin Pounding' on Sunday, which is Halloween.

Elephants, gorillas and chimpanzees will all have a chance to pulverize and partake of pumpkins in their exhibits. It's all part of the zoo's ongoing animal enrichment program.

Zookeepers say the pumpkins provide both mental and physical stimulation for the animals, allowing them to manipulate, taste and smell the giant vegetables.