Now the United States is printing money with paper and ink and since it is not backed by anything, there is no limit to how much they can print up. When they print up new money (not to replace bills that are destroyed since they are old) it causes your money to be worth less.

You need to keep your money in some form but having it in U.S. dollars is very risky. The state of Utah has already made gold and silver legal tender there and other states are trying to pass similar bills. See my article about Why Does an Ounce of Silver Weigh More Than an Ounce of Iron to see more information on the states and what their similar bills are.

On April 19, 2013 the Arizona House of Representatives passed a bill making gold and silver legal tender in Arizona. Then on April 30, 2013 the Arizona Senate approved it. All that is left is for Governor Jan Brewer to sign it to make it law. Also right now silver and gold are lower than they have been for over a year so this may be a good time to buy.

I read that Ron Paul has most of his money in silver mine stocks. A good investment (check it out yourself--see this webpage for a list on most recent articles on it) is Silver Wheaton (SLW), listed with silver mine stocks but it is not a silver mine.

It is a huge silver streaming company. It has already invested in around 20 mines to have the option to buy silver at around $4 an ounce from them. Like the others, it depends on the price of silver but this company can do better than the others even if silver stays low. I am suggesting that you check it out yourself. Some people say that this pays you a dividend every quarter unlike just possessing silver.

NEW YORK — Investors need to prepare for a global recession.

According to Marc Faber, the author of the Gloom, Boom, and Doom Report, a global recession is all but a certainty later this year or in early 2013.

Without appearing on CNBC or being known by a scary nickname, Robert Wiedemer did what Marc Faber couldn't: He accurately predicted the economic collapse that almost sunk the United States.

In a recent interview for his newest book Aftershock, Wiedemer says, “The data is clear, 50 percent unemployment, a 90 percent stock market drop, and 100 percent annual inflation . . . starting in 2012.”

The website above has a video interview with Robert Wiedemer, but it tries to give you a free book by buying their newsletter for $49. You can buy this book below from Amazon.com. There is a July 3, 2012 article called Economist Schiff: Upcoming Crash Will Pale 2008. It says:

Peter Schiff, the CEO of Euro Pacific Capital, says the stock market collapse we experienced in 2008 “wasn’t the real crash. The real crash is coming.”

The risk lies in the dollar.

Please note that if these experts are wrong, you can always cash your gold and silver in for U.S. dollars or go to a U.S. state where it is legal tender and just spend it there. I do not believe in spreading fear which is an emotion. Many years ago I drove a cab part time. When I did this I was not afraid of being robbed or killed since that would do me no good.

But I was cautious and careful. I did not keep most of my money in my wallet. In fact my grandfather carried thousands of dollars of cash wherever he went, in case he ever found a great cash deal. But his wallet was a fake with only a few dollars in it. He kept the big cash somewhere else on him. Also I was careful to not put myself in dangerous conditions. So I actually enjoyed driving a cab, meeting new people and having some great conversations with some wonderful people.

My favorite time of driving a cab was when the University of Pennsylvania students were graduating. I got to talk to the students and their parents. Some of the parents were poor and loved how their child was graduating from a great Ivy League college. UPenn has the number one business school in the country where Donald Trump graduated from called the Wharton School.

Something indescribable happened during that conversation. That was the best conversation that I ever had and it was with a complete stranger. I have had lots of conversations with lots of people especially at yard sales. In fact I picked up her and her date at a nice restaurant so I knew it was a date. He opened the cab door for her and said "watch your head" as she was getting in. So I usually talk to UPenn students but decided to not have a conversation with this couple since they were on a date. But I asked one question and it went from there. I went to her Wharton graduation. The point is that you can be cautious and enjoy your life.

Here is an interview with John Embry. He is a world renowned expert on the gold market. He is asked great questions like are currencies losing value, does printing money work and "Do you view gold and silver as commodities?" He answers this:

I view gold and silver as monetary metals. The mainstream news media conflates gold and silver with industrial commodities [like coffee and oil], but they’re really a competitor to the currency system. Gold is the antithesis of paper money.

He also says that people are complacent because of cognitive dissonance. This is a psychological term referring to people being uncomfortable believing in something that goes against their actions. For example adults that want to have sex with children will say that it is a good thing to do. You do not have people saying that it is a good thing to do even though they do not want to do it. Also they may say that they do smoke cigarettes and admit that it is bad for them. That is fine, but does stop them from being influenced from cognitive dissonance with something else.

I beleive that banking institutions are more dangerous to our liberties than standing armies.

If the American people ever allow private banks to control the issue of their currency,.. the banks will deprive the people of all property until their chidren wake-up homeless on the continent their fathers conqured.

In this interview, Forbes: How to Bring Back America, Steve Forbes says the following:

Steve Forbes: If there’s any better system to ensure a stable value for money, it’s yet to be found. For nearly all of America’s first 200 years, the dollar was linked to gold. Since we went off the gold standard, we’ve had more and more financial, economic and banking crises. For example, if the Federal Reserve hadn’t started to print so much money ten years ago, we wouldn’t have experienced the housing bust or the commodities boom or the sovereign debt crisis in Europe. Eventually, events become a persuasive teacher.

This 9 minute video concludes with buying gold and silver and other suggestions.

Silver and Gold Coins and Books 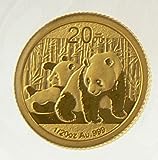