Will Bitcoin Be The Next Generation of Money?

Active investor in the crypto and stock markets. Studying and using both bull and bear market strategies.

Bitcoin is a Hedge Against Inflation caused by QE and MMT

QE is happening right now to help the economy deal with the Covid19 virus. The promotors of MMT want to make QE permanent ushering in the new age of US Socialism, in my opinion.

QE used in moderation to help an ailing economy can be good, but making it a permanent policy will give even more free reign for corruption, than we already have. When the Fed prints money and gives it to rich bankers and their fellow cronies creating Crony Capitalism and destroying free capitalism. This appears to have slowly been happening over the last 25 years or more. We need to always try to read between the lines in the news without swallowing the propaganda swill being spoon fed to us. Just my humble opinion.

Bitcoin Halving Event is comparable to half of all gold mines suddenly closing.

Bitcoin halving is when the reward for mining bitcoin is cut in half. This is the third such event since Bitcoin was created in 2009. It has been programmed into the bitcoin blockchain and happens when a certain number of bitcoins have been mined.

This has a profound effect on the supply and demand of bitcoin, as the demand naturally rises when the supply is cut in half. Bitcoin, as gold is limited in supply. Happening to gold at this time because of the bear market conditions, the demand is rising causing the price to increase.

In 2016 was the last halving and bitcoin rose in price over 3000% since that event. The first halving in 2012 caused bitcoin to jump in price. People around the world have made a study of this so they can make an educated forecast of the future price of bitcoin. History tends to repeat itself and run in similar patterns over time. This is how we use technical stock analysis. Same holds true for bitcoin, or any type of investment vehicle.

Plan B is a handle used by a finance analyst who wants to remain anonymous, but can tell you he does not work in Wall Street. He predicts bitcoin to eventually become worth over $1 million over the next decade or so. As the US Fed keeps pumping out money to save business and wall street from current financial ruin. They are also diminishing the value of the dollar. Inflation will cause our Fiat money to lose value over time at a much faster pace then its been. While gold and bitcoin, ETH and other crypto coins will steadily increase in value. The money system of this world is about to change drastically from what we have known all of our lives. The next few decades will bring many changes. We see it starting to happen now. The world is changing rapidly these days.

Stock to Flow chart compares value of assets compared to their limits. The stock to flow ratio for a commodity measures its current inventory relative to its annual supply. How many years would it take to replenish the commodity. This directly relates to their value.

Using this ratio: Gold is measured by how much gold exists in the world at this time relative to how many years it would take to replenish this current supply mining it. If suddenly all the gold in the world disappeared stock to flow predicts it may take about four years to replenish it with the number of current gold mines in the world and the difficulty involved mining it. Gold is a scarce commodity but has no set limit. As gold becomes more scarce its stock to flow ratio will grow.

The stock to flow ration of Bitcoin is much higher because there is a set limit encoded into the blockchain. There will never be more than 21 million bitcoins in existence because that is the maximum number that can ever be mined.

The stock to flow directly relates to the value of the commodity as compared the value assigned to it by people due to its use. Gold and Bitcoin are used as money and so enjoy a very high value.

It only stands to reason the more limited a commodity is or becomes the higher the stock to flow ratio, value it has.

The chart above compares the stock to flow of gold to bitcoin as of May 2020.

Bitcoin is becoming more popular as a new form of money.

Wall Street is secretly buying into bitcoin while, pretending they only believe in Fiat money. Fiat money is money that is based on nothing. Years ago the USD was backed by gold. President Nixon passed a law that changed that making our paper money backed by nothing, only our belief in it keeps it valuable. Bitcoin is similar in that it also is nothing, but people give it value by belief and action. Money is valuable because I can use it to pay you and everyone. The true value is really in our minds. Warren Buffet's coat buttons hold value because people would pay to own them. Just a take off of a quote that Buffet once made about bitcoin having no more value than his coat buttons. Guess what money has the very same value. And I bet there are people would pay to own one of Buffet's coat buttons!

At this time there are several ETF funds for bitcoin. There are a few stock exchanges where call and put options can be bought and sold by investors. Investors are also currently investing in futures for bitcoin, speculating its price will either go up or down by a specific expiration date. This is just the beginning and shows that bitcoin and other crypto coins are being taken seriously by wall street investors, no matter what they might be telling us publicly. Actions speak volumes over words. Several of the very people who currently work for Hedge Funds and claiming bitcoin is foolish and is nothing, are at the same time buying and hoarding it secretly. It appears they are trying to build their portfolio's with this limited asset before others begin to realize the true value of this electronic money.

Grayscale Bitcoin Trust - GBTC is a stock for bitcoin with a current market cap of 3.4B.

These days there are many bitcoin scams and exchanges being hacked and robbed. Anything that sounds too good to be true, probably is. The only exchange that I use and trust is Coinbase based in California, but I'm sure there are others that are honest and safe. Coinbase stores most crypto off line so it cannot be hacked and stolen. There is an even safer way to be sure your crypto is not stolen and that is by withdrawing it from your Coinbase wallet and storing it on your own hardware wallet. I store my bitcoin several places, some on Coinbase and some on my hardware wallets that I keep in a safety deposit box at a bank. There are several hardware wallets on Amazon to buy. I like Trezor brand because its safe and easy to use. One thing if you use a hardware wallet and lose your seed keys your bitcoin will be gone forever. There is much bitcoin lost already that can never be accessed or recovered.

One thing about Coinbase is that they report to the IRS and so if you sell crypto on the exchange you will need to pay taxes. Seems to kind of defeat the purpose of bitcoin anonymity, but it is what it is. Any exchange that is monitored by the SEC will be the same. 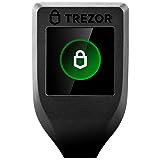