Emergency Fund: Keep Cash At Home To Survive a Disaster

The other day, I heard about a near-miss that made me glad I keep cash on hand in case of emergency. On July 23, 2012 a massive solar flare nearly hit the Earth. A direct hit could have severely damaged infrastructure and disrupted telecommunications and other technology for a long time. Can you imagine the chaos if millions of people suddenly lost access to their bank accounts and credit cards?

I experienced a cash shortage first hand during a flood here in Iowa in 1993. I went to the grocery store and found that it had lost power. Generators were running the lights, refrigerators, freezers, and cash registers. The lighting in the store was dim, and there was tension in the air due to the flooding. People were anxious and wanted to stock up on emergency supplies.

Handwritten signs were taped to the doors and check-out lines that read “Cash Only”. There was a problem with the credit card system, so even though the cash registers were working, they could only take cash. The ATM in the store was also down, and other ATMs in the area were also out of service, so there was no way to get cash easily if you didn't already have some. Plus, it was a Sunday, so banks were closed. If you didn’t have cash, you couldn’t buy anything.

After this experience, I have always tried to keep some cash around. There is something satisfying about having some cash around. By cash, I mean actual money under your mattress or in a safe spot in your house where you can go look at it anytime and could quickly access in case of emergency. Having money in a bank account is also considered “cash” from the perspective of types of investments. But in an emergency, having money in an account somewhere may not do you much good.

The Cost of Keeping Cash at Home

There is a cost to having cash around. If you have debts, you could use the cash to pay down the debt and save yourself some interest. Or your could invest the cash and make some return on the investment. Keeping cash on hand does not pay in terms of monetary gain. In fact, the cash decreases in value over time due to inflation. Another downside to keeping cash at home is the risk that the cash will be stolen or lost in a fire.

There was a story reported about an old man who hid his cash supply of $10,000 in the pocket of his old sport coat which he kept in his closet. This worked fine, until his wife took his sport coat and donated it to Goodwill- without removing the cash! My wife probably wonders why I am so interested in looking at old sports coats at Goodwill...

Don't Keep Your Emergency Fund in Your Wallet

Even knowing the trouble with keeping cash, I still keep some on hand, but I keep it at home. I don't keep much cash in my wallet- that just makes it easier to spend.

My wallet is usually empty, and I don't keep money in my car either. One time, my tire was quite low on air and the only working air pump around at the gas station took quarters. I had no money at all with me, so I went in to the gas station and asked if I could borrow a quarter to put in the air pump. After this incident, I try to keep at least a quarter in my car.

There are things that could happen that would make keeping cash around worth the trouble, such as:

How Much Cash Should You Keep At Home?

After hearing the news item about the near miss with the solar flare, I thought about increasing my cash supply at home. How much cash would it take to survive something really severe like that? The solar flare could have caused a major catastrophe lasting months or even years. Could I put away enough cash to survive a prolonged disaster?

Why Hoarding Cash for a Major Disaster Won't Work

I think cash may be useful for some amount of time in a severe disaster, but if things were really bad for very long, cash would not be that useful. After a few days, stores would be out of essential merchandise anyway. At some point people would start taking what they need whether they have cash or not. So I don’t think there is value to keeping a lot of cash around for a major disaster. Having a bunker with canned food and other emergency supplies would be a better approach than keeping cash if you are worried about surviving a major disaster that would last for a long time.

Check out my blog for tips on saving money every day: Penny Pincher Journal

Keep Enough Cash for a One Week Disaster

I think most people would be comfortable with a few hundred dollars in cash at home. This would be enough to buy food and gas for a few days at least. Keep the cash somewhere safe and where you won’t be tempted to spend it.

Do You Keep Cash at Home for Emergencies? 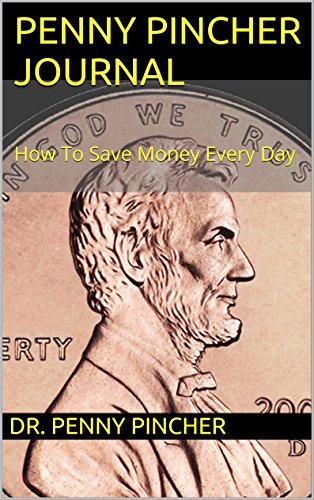 Penny Pincher Journal: How To Save Money Every Day
Buy Now