Real return are two words bandied about by those in finance and if you are like the majority of the population, your eyes probably glaze over as you stare into space and say to yourself “real return, real what?”

However, the real return is something you ignore at your peril because inflation affects the growth of your money - it's the silent thief.

If I said, 'someone is stealing your money'. I bet I’ve grabbed your attention now! Well, that’s just what inflation does – it steals your money.

The real return is also linked to asset allocation, or how your assets are invested, which is covered in a different article.

Real return is your return after inflation has been allowed for.

When you are looking for an investment in which to put your savings, any scheme that offers an unusually high rate of return is likely to catch your eye. It’s true, we are inherently greedy and want our money to work harder than we are.

But an investment offering an unusually high return will have some rather high risks associated with it and you could loose your money. The investment world is littered with people who have lost their money because they didn’t read the small print.

If real return were more widely understood, it would shock many of the investors who choose to keep their money in bank deposits or fixed interest. Take, for example, a bank that offers a nominal 6% per annum interest on a term deposit. The following is an example of how to determine your real return:

The real return you are getting for your invested funds is just 1.5% per annum which is a far cry from the 6% you may have thought you were getting.

Be very aware whether the return on investments is nominal or real as it can be confusing when you are trying to compare a range of offers based on different terms.

So that’s nominal versus real return in a nutshell, but let’s look a little more closely at “the silent thief” which is inflation.

An Example of Income in the 70's vs Now

To give an example of inflation:

In the 1970's the salary for a clerk was around $35 per week. From this income it was possible to pay for rent, food, entertainment and also to save a portion.

It was a reasonable income for a teenager of that time. Sure, it was several decades ago, but it serves to illustrate a serious point.

Today, for that type of position the weekly pay would probably be $500.

Yet can today’s employee earning this amount have a better lifestyle?

Will the money go further? Probably not.

Inflation has caused salaries to increase and this explains most of the difference. It costs more to live now and salaries have been adjusted to allow for that increase.

In this example, the buying power has just kept pace with inflation. The lifestyle of today’s teenager is likely to be similar and this is the point illustrated by the inflation calculator.

Use the calculator to see how much better off, or worse off you are after allowing for the ravishes of inflation.

Getting back to this example, the inflation calculator shows that for an employee to keep pace with inflation they would need to be earning around $452 weekly today.

If they are earning $500 or more they are ahead of the teenager salary over the inflation adjusted wage by just $48.

Inflation can be defined as follows:

When average prices across the board rise, then that’s inflation. Inflation occurs when general business in the economy is ticking over nicely. During this time of a buoyant economy jobs are plentiful and labor and materials become harder to get causing prices to rise. Scarcity causes people to pay more for their goods. That’s inflation. During times of strong economic growth inflation is high but this boom is generally followed by a bust.

If interest payments are less than inflation then your savings are being eaten away by inflation.

The Consumers Price Index (CPI) Inflation Calculator is a powerful tool which is very easy to use to calculate the buying power of your money.

Has Your Home Exceeded the Rate of Inflation?

This inflation calculator is also useful for calculating whether the value of your home has increased over and above the rate of inflation. Many people feel rich because the value of their home has doubled over a period of time, but they may not be aware of the large part inflation has played. To check, whether you have done any better than the rate of inflation, simply enter the original purchase price for your home in the “basket of goods and services” box, add the year of purchase and press calculate.  Then compare the “would cost” box with the value you believe it is worth today.  If the value today is more, then you have indeed made a capital gain during that time, if you were to sell it now.

How Can I Stop the Theft?

Knowledge is the very first step because then you will no longer be fooled by the difference between nominal and real rates of return. You can put steps in place to protect your money.

Also important is understanding asset allocation and the way it can protect your valuable investments.

Inflation discussions are useful for your current and future plans. When you are working and receiving a salary, pay rises compensate, to some degree, for the increasing general costs of living caused by inflation so you are keeping up with rising costs. Once you are in retirement that is no longer the case so you need to be vigilant.

Even though inflation goes through periods where it is at a relatively benign rate, do not be fooled into thinking you can ignore it. You can’t. Remember the silent thief.

Inflation discussions are useful for your current and future plans. When you are working and receiving a salary, pay rises compensate, to some degree, for the increasing general costs of living caused by inflation so you are keeping up with rising costs. Once you are in retirement that is no longer the case so you need to be vigilant.

Even though inflation goes through periods where it is at a relatively benign rate, do not be fooled into thinking you can ignore it. You can’t.

10 Steps to Financial Success: A Beginner's Guide to Saving and Investing
Buy Now

Books on Money and Investing 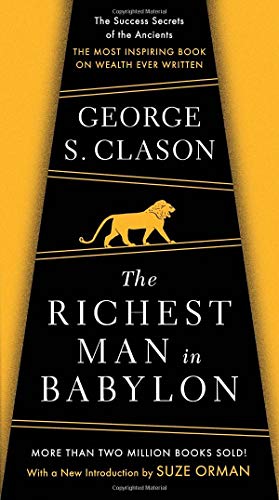 The Richest Man in Babylon

An old but very firm favorite book. Narrative style but that doesn't weaken the message.

This hub is copyright Travelespresso.  Do not copy.

Writers love feedback so please leave a comment, rate it and/or pass it on.  Thank you.