Our Indian Rupee Forex hub continues to grow visits, so much so that we have built a website devoted to our research, including news feeds. After enjoying our Rupee hub, please visit our research for additional information on the Indian Rupee vs. US Dollar

As China over-controls the value of the Chinese Yuan, the Indian policy makers are slowly introducing the Indian Rupee to an openly traded currency. The India Rupee is already (almost) freely traded in Dubai. Plans for the Rupee to truly trade freely in New York and London are in the works.

Combine the Indian Rupee advantages, than consider that the Indian economy is actually well better positioned than that of the chinese and you will see the advantages of investing in both the SENSEX and the Rupee.

China continues to do the manufacturing for the world, while an educated work force in India are taking the route of higher paid technology jobs. Most high-tech outsourcing continues to move to India and the Rupee.

Friday's data showed industrial production rose 7.1 percent in July from a year earlier, beating a forecast of 6.5 percent in a Reuters poll and faster than 5.4 percent in June.

Industrial output is geared mostly to the domestic market, accounting for about a fifth of GDP, and economists were divided on whether it was strong enough to prompt another tightening by the Reserve Bank of India (RBI) at a rate review in October.

"Given the recent trend as far as manufacturing prices inflation is concerned there is still scope for RBI to go with that one last hike in October," said Rajeev Malik, head of Indian and ASEAN economics at Macquarie Capital Securities.

The yield on the 10-year benchmark bond fell 2 basis points to 8.25 percent after the data, with the market looking past the data to an auction later in day, while the rupee inched up to 45.7150/7250 per dollar and the main stock index trimmed losses.

The central bank raised interest rates three times in June and July as inflation moved into double digits, taking its main lending rate, the repo rate, to a seven-year high of 9.0 percent.

Annual inflation has moderated from a peak of 12.6 percent in early August to just above 12 percent by the end of that month, and some economists say the central bank may not hike rates again.

"The headwinds to growth have risen and we expect average IIP growth of 6.7 percent in fiscal 2008/09. We do not expect any more repo rate hikes by the Reserve Bank of India," said Sonal Varma, economist at Lehman Brothers.

The Indian Rupee will continue it's long term rise. The Indian economy will be more to content with for the US Dollar than the Chinese Yuan.

In 10 years, What currency will be more valuable against the US Dollar?

Over the next 15 years, we will see the Indian Rupee risenew heights against all of themajor world currencies. The Rupee / Dollar, Rupee vs Euro, and even the Rupee vs Yuan will continue to trade in favor of the Indian Rupee

news the U.S. government is set to design a broad plan to deal

with the toxic bank assets clogging the financial systems.

six years on Thursday boosted by the likelihood of a more

comprehensive solution to the crisis than the current piecemeal

give up some of their gains later in the day, with Europe's

losses and snapped a seven-day losing streak on Thursday,

percent so far this year.

have reached $1.7 billion, taking the total withdrawal to $9

expectation at 12.14 percent, rising for the first time in four 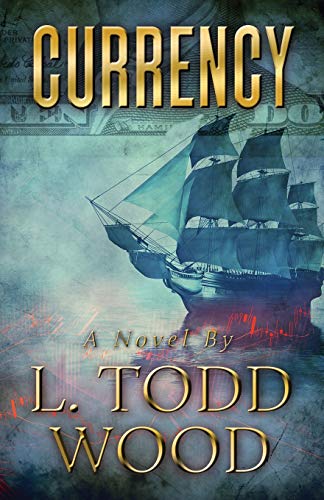