Just a Statistic - A Family Wrestling with the Recession

Until the "Economic Downturn" I always managed to juggle the demands of work with my family commitments.

Unfortunately, in my family, it is I who bears the major burden of both responsibilities. I am a mother of two teenage boys, and I always balanced my job with caring for my children. I have been the only adult parent in the home since they were one and three. It has always felt like a house of cards. Last week it was standing, but today, as a light breath of wind, just the smallest breeze knocked down my walls, our rooms, and the whole structure...without any warning at all.

Over the years I managed to save up a nest egg, and then realized that it would only benefit the family if I were to invest. After not much thought, I purchased a small business, a pool hall that was originally established in the late 1970’s. I took over ownership and began working in it on New Years Day. It was far better and much busier than I could have ever dreamed. My two sons and I ran the business along with a crew of five employees. With that kind of staff, you can imagine that the numbers were good. The cash was flowing in and that was fine with me! I was able to save enough money for the business rent of $7000- and my house payment of $3500- within a matter of a couple of weeks.

The purchase price was $400,000, and I had $200,000. Although the business ownership had legally transferred to me, I still had not secured a loan to pay off the remaining balance to the seller.

He was carrying the note with monthly installments. I started out with a great credit score and my financial history deemed me very loanable. Finally after months of searching 122 bank/lenders all with rejections, I locked in a loan from a company that was a bit unconventional.

I anticipated being funded some time before summer. It was a challenge to raise enough revenue for the larger bills that became due, but I somehow managed to pull it off every time.

You see, I had to put every penny into the acquisition in order to get my foot in the door and the escrow-ball rolling. The business was supposed to sustain my family financially through my retirement. I dropped every penny I had into purchasing and sustaining the business, then I began to use my credit cards as a crutch for the next 9 months.

According to the financial statements that I received from the seller during escrow, the business appeared to be capable of supporting my family. Was I mislead?!?.

I anticipated the slower lull that summer months historically brought to the business and I expected my loan to fund before that.

It was early summer when the first presidentially-declared fire disaster blew through town. Even though business was slower than normal, I managed to avoid any unsolvable situations. I began borrowing money from friends, acquaintances, and customers in order to make whatever ends meet that I could.

Come June, my lender broke the news that the loan was postponed due to the 'economic downturn’…. (Two words I now cringe at). I wouldn't receive financing until the end of summer. Although it was a stretch, it wouldn't be impossible to wait a bit longer for the financing.

It was getting harder and harder to come up with the $7000- that I had to pay for rent for the building. By end of September, I had already moved out of three homes due to the inability to pay mortgage and/or rent. I was getting in way over my head! I spent up to 15 hours a day feverishly scanning the internet and directories for loan resources. The credit cards were all maxed out so I couldn't use them to pay the increasingly angry vendors. I found that I couldn't pay for rent or security deposit to get into a new home.

It was October that year when I had to make a very difficult decision.

I found myself unable to simultaneously afford rent for my family's home and rent for the business. Since The Billiards was my only source of income, I made the obvious choice. We were rendered homeless and in order to conserve what money was coming in, I stored my belongings in the back corner at the Billiards and took up residency in the building. My car was repossessed and creditors were calling by the dozen. My worst fear was that the loan would never fund.

My boys were weaving back and forth between the pool hall and friends’ houses to sleep and shower. It was difficult for them to stay with me at the pool hall during the school week since the business stayed open until 2am daily. My biggest struggles were where to find a hot running shower and how to get food in my stomach without access to a kitchen. During these tumultuous times, I lost nearly 20 pounds from stress and lack of nourishment.

But it was ok, I thought, since it was simply a temporary setback. I was just biding my time anticipating the $500,000 loan that would put everything back to normal.

When the big Fire hit the town, my business stopped dead in its tracks.

My sale dropped from $1500 per day in January to a devastating $130-.by mid- November. The loan approval seemed to be the light at the end of the tunnel. Without that financing, the business would not sustain itself.

I was drained emotionally and physically. I only saw my boys every two to three days and even though I was so busy working and just surviving, the absence of my children was so incredibly devastating. Fortunately they had found stable shelter with friends.

I had let go of all my loyal employees since I couldn't afford to pay wages. I worked 7 days a week from 12pm until 2am. The exhaustion was almost too much for anyone person to handle.

My worst fears were materializing. It was mid-November when my co-signer for the funding of the loan, on whom I completely relied on, abruptly backed out. This devastating news nearly broke me then and there. This was when I became aware that there would be no more Billiards. That day when Jeffrey D. broke the news to me that he could not take responsibility as co-signer, was the day my life changed as I knew it. Previous to my proposal, that man had nothing more to offer financially than a randomly good credit score of 700. He was not a home owner nor did he have any collateral to speak of. He had nothing to lose by co-signing on the loan. On the contrary, the benefits I offered him were stock options, annual profit -sharing and a college fund for his daughter along with a direct cash payment of $25,000. He backed out simply because he was afraid of his wife finding out that he had agreed to do this for us without her prior consent.

The chain of events that stemmed from this man’s decision to not co-sign for me was devastating and changed my two boys and my world as we knew it forever. This single event left permanent damage to the way I view life and the world I have lived in ever since that day.

I had promised money to the creditors, (everyone, and their brothers) that they
would receive payments-in-full. This news practically shattered what faith in
humanity that I had left. At that moment, I knew..... there was not going to be a
'happily ever-after'….

Christmas Eve was spent with only my oldest teenage son.

Just the two of us stayed that night in the dreary, undecorated pool hall alone. Our nerves were shattered and we were at each other’s throat. I spent that miserable Christmas Eve watching him open the only gifts that I could afford: Dollar Store boxers and some cheap cologne. We were asleep by 9:00 pm on top of the pool tables with sleeping bags with only the sounds of our hungry bellies to keep us company. My younger son stayed at his friend’s house. I never saw him that Christmas night.

During this time my eldest son took a job as a salesman at Sears in the electronics department. We were still homeless and he seemed to take it the hardest. He suffered a difficult breakup with his highschool sweetheart. These were very dark times for him. The combination of these events along with two car accidents forced him to drop out of high school during his senior year. He seemed so emotionally lost and he directed most of his anger at me. My younger son somehow still managed to keep up the charade.

The eldest was instantly doomed when he took an apartment on the Westside for $1100- a month on his $1200 a month salary. As hard as he worked at his job, he only managed to keep the apartment for two months before he got evicted for failure to pay rent. We both tried in vain to find him a roommate to pick up the slack with no success. My youngest and I remained tenants of the Billiards.

We lived at our business for three long months with no kitchen or shower. I found temporary accommodations that accepted payments on a weekly basis. This was the only way I could get our foot in the door in order to supply a roof over our heads. It has been impossible to save up for a normal rental, first, last and security deposit. We downsized from what we lived in the year before, a three-bedroom house, to a one room "efficiency unit"! In reality, it was a studio built into the rear wall of a run-down apartment building. Yet, I was more than grateful to have a place to stay. Homelessness sucks.

We had to close the doors to our business immediately after the Holidays. A steady decline in revenues forced us to close permanently. Unfortunately, without any additional funding, our small business didn’t have a chance of survival through two presidentially declared natural disasters. The wildfires occurred simultaneously with the most unforgiving recession in America's history. This deadly combination had a severe impact on our business. Shutting down was a direct result of the fire disasters & our declining economy.

Our family is a prime example of what will undoubtedly happen to many people during these difficult times. We live in such an "advanced" country that we generally do not see those who are struggling to keep up. I know now what the true meaning of homeless is, and I understand that it really can happen to anyone, even me! This experience has humbled me.

Now I am just a statistic.

Read what happened next here...

How to Obtain Business Credit 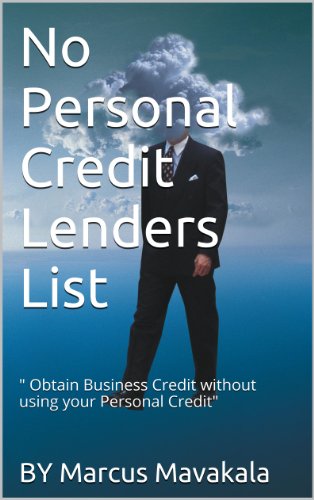