The High Cost of Education- College Tuition and Inescapable Debt

The Inflation of College Tuition Costs is an Obvious Problem

Student Debt- The Facts and Figures

Student debt and rising college tuition costs are an epidemic in the United States. Without a doubt, college tuition and student debt is America’s largest problem. In 2008, the percentage of students graduating from a four year institution with at least some student debt remaining was at an all time high of 67% nationwide (Project on Student Debt, 2010). 67% of college students equates to 1.4 million graduates, a staggering number that is growing that an alarming rate. The rising cost of college tuition and the prevalence of student debt in America is leading many parents to question whether higher education is the best choice for their children (Ken, 2013). The demand in the workplace for a degree from a college or higher level institution however pushes people into making decisions that may haunt them financially in the future. The rising cost of tuition combined with the student debt crisis is currently America’s biggest problem.

The Rising Cost of Tuition

Tuition costs have been rising for years. High demand for a higher education, inflation, and poor support and funding from the government have all lead to an increase in tuition costs at both public, private and not for profit institutions across the country. Valerie Strauss, a writer for the Washington Post had this to say about the rising cost of tuition:

“The Path to Prosperity report also raises concerns about the cost of higher education, stating that “College costs have risen at twice the rate of inflation for about thirty years, but this year fees soared 8.3 percent -- more than double the inflation rate -- as federal subsidies have increased at a historic pace.” President Obama asserts repeatedly: “We can’t just keep subsidizing skyrocketing tuition” (Strauss, 2012).

Strauss continues to dive into the issues with rising tuition breaking apart the differences between net tuition and cost and expenditures involved in the education process. More people than ever are attempting to obtain a college degree due to a high demand in the workplace for higher education. This increase in demand is what drives institutions to raise their costs. Along with increased inflation, states have had to deal with a decrease in student subsidies and total state subsidies from the federal government (Strauss, 2011).

Federal government is failing to fund public and private institutions properly and students are suffering by not receiving the quality of funding they deserve. Although the cost of tuition has gone up on average, the cost to put a student through the institution, the cost to educate the student properly, that cost has remained the same. Step one in fixing the problem with student debt is by properly allocating government funding so that schools are getting the funding they deserve.

So why have college tuition costs not only suffered from inflation, but inflation rates of 4-6% annually- rates that far exceed normal expenses (Ken, 2013)? Some factors that force institutions to increase their tuition include the growing demand for teachers due to abysmal pay in their field, high demand from employers for employees to obtain degrees and the spiraling circle of financial aid and student loans (Ken, 2013).

Many students rely on student aid, scholarships and student loans in order to achieve a higher education. Students may work their whole life trying to earn a scholarship to a certain institution only to find out that they were not selected, and are now faced with a very tough decision- find a way to pay for the education or choose to skip out on the education altogether. Evidence has shown however that the benefits of getting at least a bachelor’s degree greatly improves a person’s chance of advancing in the workforce.

“Data from the government proves that higher education degree completion is important for job seekers; according to the Bureau of Labor Statistics, in 2009 the unemployment rate was more than twice as high for persons without a high school diploma than for persons with an Associate’s degree. That gap widens to three times in comparison to persons who hold a Bachelor’s degree” (Gulbrandsen, 2011).

Because of this, many students choose to go the route of financial aid and student loans, which is why America wound up with a student debt total around $51,040,000 in 2008- and that number is only growing (Project on Student Debt, 2009). In 2012, student debt topped $1 trillion and the individual debt of students reached the highest average ever (Luh, 2012). Step two in fixing the student debt crisis relies on addressing the rising interest rates associated with student loans and financial aid given from colleges.

The Cost of an Education is More than Many Can Bare

Reasons the Cost of Education are on the Rise

The interest rates on loans are climbing steeply and students still in school and even graduates are finding it close to impossible to find a job that can support them well enough that they can pay off their loans as well as the rest of their living expenses.

Students who graduate leave college with a massive weight on their chest knowing that they are already so far in the hole as far as their debt is concerned, and now they have to find a job to support themselves in the real world. “The unemployment rate for those age 16 to 24 with bachelor's degrees stood at 8.1% in February [of 2012], up from 4.6% four years earlier. Many others find themselves underemployed” (Luh, 2012). With statistics like these, it makes higher education look less than appealing.

Although the facts show that without a degree, the odds of landing a high paying job are slim to none, the facts also show that even with a degree, graduates may not be able to find jobs that pay well enough that they can pay off their loans in a timely manner.

Education costs are also rising because teachers’ wages are astonishingly low and the demand for teachers is extremely high. If teachers can not make a living wage at their job, they will not continue to work at that job, and class sizes will increase, costs will increase and the problem will continue. Step three in addressing the student debt crisis and rising tuition problem is by raising teachers’ wages to more reasonable pay rates.

Believe it or not, there are actually college that offer students a free education. This guide helped me find resources to go to school without winding up with 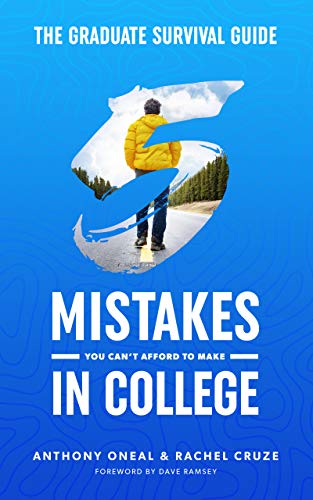 Survey About the Cost of Education

Would you pay the high prices currently being asked by colleges in order to get an education?

Whether or not a person is going to pursue a college degree is a tough decision that everyone must make at some point in their life.

“"Having a lot of student debt can make a person's life very difficult," said Lauren Asher, president of the Project on Student Debt. But workers with bachelor's degrees earn about $650,000 more over their lifetime than their peers who only have high school diplomas, a recent Pew Research Center analysis found” (Luh, 2012).

No one can predict the future. If that were the case, it would be much easier to decide whether or not a college education is necessary. Since it is not the case, the growing student debt combined with the rising tuition costs for higher education institutions needs to be reformed by the federal government.

Public, private, and not for profit schools all need more funding so that students do not leave school trapped in a web of debt they can not get out of and teachers’ wages need to be increased so schools have more room for the growing demand of students who truly want to go to college.