As far as Google is concerned, Adsense arbitrage refers to the technique where a publisher also becomes an advertiser and uses a Google Adwordsaccount (advertiser account) to drive Paid Per Click (PPC) traffic to sites which contain Adsense ads. In effect, Adsense arbitrage turns a profit by leveraging on the difference between low cost Adword keywords and high cost Adsense keywords. For some time publishers used this tactic to secure profits with some publishers making huge amounts of money in a relatively short period of time. Google eventually began clamping down on Adsense arbitrage in 2006, banning thousands of accounts. The argument by Google is that such websites do not add any value to their network. Do not be tempted to arbitrage your Adsense earnings by using Google Adwords because as soon as Google discovers, your account will be terminated as this will be in violation of Google’s terms and conditions. In fact, not only does Google not tolerate arbitrage within its network, it also does not allow arbitrage by using a competing network. They explicitly forbid receiving traffic from online advertising.

Adsense arbitrage sites or what are known as Made for Adsense (MFA) sites have low landing page quality scores as stated in a Google Adwords Help page.

Despite the fact that Google is now discouraging, Adsense arbitrage in their network, Adsense remains the best way to monetize a website. Furthermore, investing in a website has the higher rate of return than any other industry.

While it is against Google’s policies to Adsense arbitrage on their network, it is perfectly in order to use Google Adwords to drive traffic to a website that is running Adsense provided that the content is useful and substantial. In other words, the issue here is one of relevance and value to the site visitor. The slightest hint that your site is designed primarily for Adsense arbitrage will get you banned. 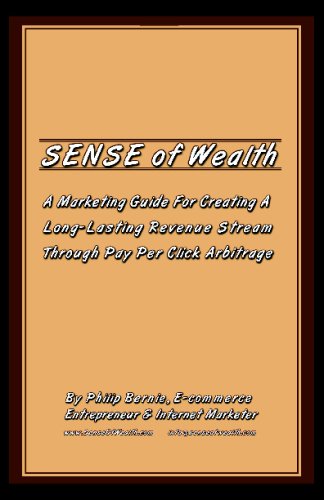 Sense of Wealth: A Marketing Guide For Creating A Long Lasting Revenue Stream Through Pay Per Click Arbitrage
Buy Now