Why Do I Have to Pay Taxes?

Why do I have to pay taxes? They are expensive, they're difficult to compute, and they take away from my earnings. What good do they do me, anyway? Actually, plenty.

As citizens, we are responsible for paying taxes to our local and federal government. These taxes directly afftect our quality of life by ensuring that our government continues to function properly. A government pays for services and projects that keep a country stable, safe, and prosperous using its tax revenues. Without the revenues from taxation, our country could slip into chaos and anarchy. Let's explore some of the way our tax dollars are used.

The U.S. Public School system uses taxes paid by local residents to fund the public school education of citizens and even illegal residents to attend a public school in the United States. Tax funds ensure that teachers get paid, that classrooms have textbooks, and that children receive instruction in basic skills such as reading, math, and science. The tax funds that pay for a public school education also make sure that today's youth are taught the civic responsibilities of a U.S. citizen so that when they are grown, they too will pass on the values in our constituion to their families, and preserve and protect the rights that we hold to be self-evident. Without a public education, our children would be ill-equipped to engage in civil discourse, to vote their conscience and values on laws, or to elect their public officials. Without taxes, public education would be in ruins, and democracy would hang by a thread.

Our taxes also pay to support post-high school education so that people can receive advanced degrees in fields like chemistry, biology, medicine, and law, so that people will have the appropriate knowledge in healthcare, to interpret and honor and uphold the laws of the land, and to keep an ongoing civic discussion alive.

Taxes pay for a police force that upholds and enforces the laws of the land. Wouldn't it be nice if everyone were a law-abiding citizen? Unfortunately we know that this isn't the case, and police are necessary to help keep our communities free from all kinds of crime that ensure the safety of everyone living in our fair country. Where laws cannot be enforced, laws have very little meaning. Without policemen, no one would be accountable for upholding the law, and we would live in a state where brute force was the law, or worse yet, where no law existed at all.

Taxes pay for the police forces in local communities. This keeps the balance of power where it should be, so that the police aren't under the power of any one individual, but rather, serve the people.

In addition to a police force, taxes pay for other public servants who uphold and enforce the laws, or who respond in times of emergency. Because of taxes, we have policemen, firemen, sherriffs, and yes, even traffic cops to enforce the laws of the land or to respond and assist during emergencies.

Taxes Pay for Roads and Infrastructure

Having well-maintained roads is essential to our country's economic productivity. Without roads, society ceases to properly function. We live in an interdependent society. If people can't get to work, or if they can't ship goods like groceries to their destinations, then life as we know it ceases to exist.

Taxes pay for maintenance of roads, bridges, and utility lines. Because Americans tend to pay their taxes, we enjoy a pretty good quality of life. Think about it. We can travel freely from Florida to Seattle with very little trouble. It's nice isn't it?

Other types of infrastructure that must stay well-maintained to ensure a high quality of life include communications and utilities, such as natural gas and electricity, so we can keep connected to people around town and cross-country, or so that we can stay warm during the winter. Taxes in part also pay for the upkeep of water treatment facilities so we can have clean and disease-free water to drink.

Taxes Pay for Legal Representation for Those Who Can't Afford It

Taxes help to keep our criminal justice system fair and just. In the United States, if you are charged with a crime and you cannot afford a lawyer, you are guaranteed one appointed by the state. In the pledge of allegiance to the flag of America, we acknowledge the United States to be a republic where freedom and justice exjsts for all. If legal representation were available only for those who could afford to pay for it, justice would only exist for an elite few. In America, the ideal of justice for all is supported by our tax system, which pays not only for lawyers, but also for judges, the prison system, and the courts.

Taxes Help Pay for Our Military

Taxes also pay for the military. The air force, the army, the navy, the marines, the coast guard, and the national guard are all military members who deserve to be paid for their service of protecting our country with their lives. Our taxes pay their salaries, for their equipment, and for benefits such as healthcare and pensions paid to the military. Without a tax system, the military would be funded from some other source, and their allegiance would be to whatever powers moved the military's purse strings.

Taxes Pay For Social Programs to Help the Needy

Finally, taxes pay for numerous social programs to help those who cannot help themselves. Taxes make money available at the state and federal level to help assist people with such things as unemployment benefits when they lose their jobs, health insurance programs for the elderly and for children in poverty, and immunization programs and other health initialtives for people who would otherwise not be able to afford it.

Taxes also pay for public libraries all over the country which make books, movies, and computer access available to any resident of a participating community. Libraries are amazing intellectual assets that are freely available to the citizens of the United States, all, at least in part, because of taxes. 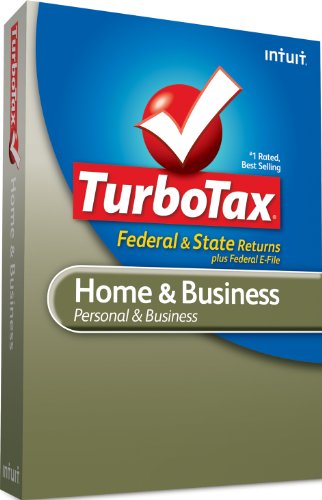