Why do Women Live Longer than Men?

This factor probably had a demographic effect as well causing the adult population to be more male than female.  As a result widowers were forced to seek younger women as replacement wives since the pool of single older women was small to non-existant.  And a younger woman attempting to establish her authority in a household with children from a previous marriage who were nearly her age probably led to conflict (and even more conflict when she bore children of her own and tended to favor them over the previous wife's children) which probably accounts for the bad image of step-mothers in the fairy tales of the Brothers Grimm and others.

Money. Wealth. Life Insurance.: How the Wealthy Use Life Insurance as a Tax-Free Personal Bank to Supercharge Their Savings
Buy Now 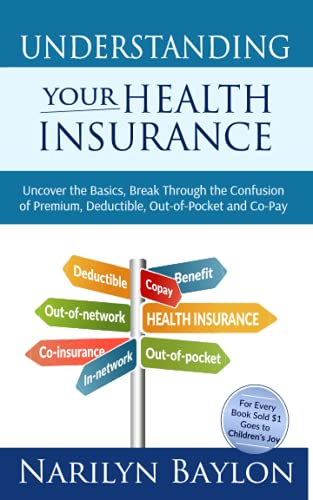 Understanding Your Health Insurance: Uncover the Basics, Break Through the Confusion of Premium, Deductible, Out-of-Pocket, and Copay
Buy Now

Statistics showed that women, on average, tended to need/seek medical attention more frequently than men and that is why they were charged higher premiums for the insurance - the company had to pay more claims, on average, for women than for men. With life insurance, statics showed that the period between the time the policy was taken out and the time that the insured died and the benefit had to be paid was shorter for men, on average, than women with similar age and circumstances.

The off the cuff explanation for this among the agents was that because women tended to seek medical attention more frequently than men they were able to treat and cure ailments that tended to kill the men. Of course, it could be that, because of their more complex reproductive systems, women tend to need more medical attention than men and the fact that they utilize medical services more frequently than men has little or nothing to do with their tendency to live longer. It could also be that because men in general tend to look upon themselves as being tough and independent, that they ignore medical problems until it is too late while women, being more open to asking for help, will seek medical attention sooner. If this is the case then the off the cuff insurance agent explanation described above is true.

I suspect that there is some truth in both explanations of the medical insurance / life insurance premium cost differences above and that habits and attitudes play a big part in explaining the difference between life expectancy of men and women. 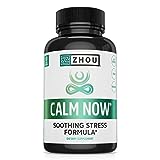 Heart attacks are the leading killer among men and stress, along with lifestyle and diet, plays a very big role in heart attacks. Men tend to be more aggressive both in going after what they want as well as in business and personal relationships and this can be a major source of stress. Men have also traditionally assumed the role of providers which required them to go out and engage in risky and stressful encounters in the world whether it be risking their lives, like our primitive ancestors, battling the elements hunting for food or modern day business people risking money and careers on uncertain business deals. Women, on the other hand, have historically tended to focus their attentions on the home, seeking to create an environment of safety and comfort. Not that women had an easier task - managing a home often requires a lot of hard work but this is not necessarily accompanied by a great deal of stress.

Men also tend to be aggressive and competative in many aspects of their lives. While women tend to approach things like eating with moderation, men tend to approach them more aggressively. For most women a meal is a means of obtaining nourishment and socializing while for men it is often another chance to prove their strength. How many women have you seen take pride in being able to consume a one pound steak or an extra helping of desert in a single sitting? Contrast this with many men who will boast of such accomplishments. Alcohol is another area in which women tend to indulge in with more moderation than their male counterparts. For many men alcohol consumption is a source of bragging rights while one rarely hears women bragging about how well they can hold their liquor.

Of course we are talking about averages here and one can easily come up with lists of men and women who are the exact opposite of what I have described above - which is one reason why some men will live unusually long lives while some women will die young.

We obviously do have control over our habits and reactions and this, plus changing life styles, appears to be changing the statistics. In recent years women have increasingly joined men in the role of providers working outside the home. Heart attack rates among women have been increasing at the same time. There has also been an increasing interest and emphasis on health with more people, both men and women, seeking healthy outlets for stress and employers placing increasing emphasis on employee health. As a result of these and other factors, the average life spans of both men and women have been increasing.

While I haven't had need to check the cost of health or life insurance recently, I have been reviewing my employer's pension plan (which is a traditional defined benefit plan in which they basically provide an annuity to pay a fixed monthly income during retirement) and exploring the purchase of annuities for my wife and myself.

Logically, an annuity should cost more for a woman than a man since, historically, she can be expected to live longer. Using the same logic, a younger person should be expected to pay more for an annuity (here I am talking about age at which monthly income benefits start and not situation where one makes small payments over time rather than single large payment for an annuity that will start paying monthly benefits at some future time) than an older person.

For couples, one option with annuities is to have a single annuity for the two of them and structure it so that it guarantees to pay a fixed monthly income for life until the second one dies. Obviously, with two people involved there is a greater chance that the insurance company will have to make payments over a longer period especially when there are sex or age differences between the two. To cover this extra cost, the insurance company can either make the monthly payment smaller or charge more for the annuity.

However, when I went online and ran the numbers to estimate my retirement income, the difference in the monthly payment between a monthly payment for me for the rest of my life and a monthly payment for both my wife and me to run until the death of the second one was less $30 per month. This, despite the fact that she is not only a woman, but also a decade younger than me. I assumed that there was something wrong with the online calculator and forgot about it until I was discussing with an insurance agent the possibility of using some of my investment funds to purchase an annuity. Just for the heck of it I had him calculate it both for me alone and for my wife and me together and, again, the estimated monthly income payment was less than $30. When I commented on this, the agent replied that sex was no longer that big a factor in the calculations.

Individuals Can Take Steps to Beat the Odds