Been keeping track of this investigation since it started; have read the Mueller report and Trump should be worried. Facts can't be changed

While Trump may try to push off the investigation on the Democrats. What he needs to remember; can he continue this anger baiting going on for another year without losing more voters? The fact that he keeps trying to keep his voters from realizing is that Republicans had control of this investigation from day 1. Remember that the Republicans had control of the House, the Senate and the White House when this all began.

Jeff Session's had sworn to recuse himself and he did; leaving Rod Rosenstein as Acting Attorney General. Making that 15 Republicans involved in the decision that would create the documents necessary and signed to appoint Robert Mueller, who is not registered but has a record of donating to the Republican Party. That would make it the Republicans that began what Trump likes to call a "witch hunt" by 12 (18) Angry Democrats.

The thirteen Republicans that made up the House Permanent Select Committee on Intelligence and voted to continue with the investigation:

Knowing that, Trump was adamant to have Barr appointed before the report came out so that he could have his version of the report released. Never planning to release the full document. Political pressure and lawsuits allowed the redacted report to be released and for the American people to see that William Barr lied to the American people by omitting key items in his report and Trump thought that by repeating No Collusion and No Obstruction over and over again, it was going to make it so.

So, when you hear about the 12 Angry Democrats, remember it was in fact the 15 Angry Republicans and two more that came later to make the investigation possible at all.

It also shows that not only should Trump be, but that he is worried about the Mueller report and what it actually says. The facts are in writing and now the American people have the ability to read it and make a personal decision about the report themselves.

"It's not the economy stupid!"

Then the Barr report came out and he was thrilled, claiming he had been exonerated by Mueller's report and even had a few nice things to say about Mueller. It has been said over and over again by those closest to Trump, that he doesn't read, so it is safe to say that he hadn't read the entire report.

Since, the redacted form of Mueller's report has been released, he has grown angrier and more unsettled. Tweeting up to 50 plus times a day. Desperately trying to convince his supporters that Mueller is now the bad guy once again.

Since the discussion of possible impeachment, he has begun pushing the fact that he's a great President and accomplished so much, but mainly how great the economy is doing under his presidency. First he whines and then he threatens.

In the “old days” if you were President and you had a good economy, you were basically immune from criticism. Remember, “It’s the economy stupid.” Today I have, as President, perhaps the greatest economy in history...and to the Mainstream Media, it means NOTHING. But it will!

What he doesn't get; is that the economy may be doing well, but it will only hold up for so long with the debt that we are creating under his presidency.

What he doesn't get; is the hate and fear that he is spreading during his presidency.

What he doesn't get; is most of America is tired of his childish behavior and unstable mental behavior.

What he doesn't get; most American's are fed up with his finger pointing, lack of transparency and verbal attacks. 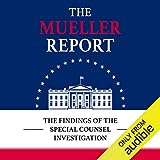 The Mueller Report: The Findings of the Special Counsel Investigation
Buy Now