A Lesson in Oddity: A Peek into Scotland's Justice System 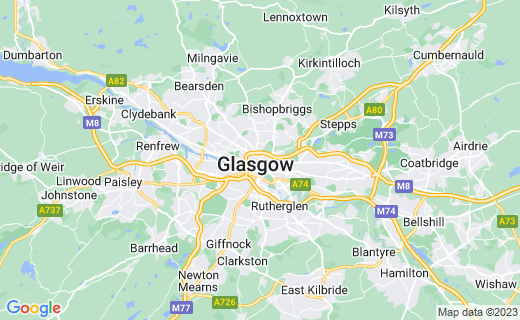 The word oddity, in eight out of ten situations, would appear in a disparaging or disapproving sense. Although purpose of positivity may well be served, the idea of standing alone, of keeping a stance and fighting for what is believed in has never come easy. It verily casts the image of committal invariability and Dear Old Scotland has always shone in its diversity against the background of the GB Suzerainty.

But she is not alone, there are a few people I have met in my twenty-eight years of traversing from one phase of life to another whose life exemplifies the Scotland lesson.

With my education taking different twists and turns, travel encounters over various social ranges and work experience across different environments, meeting people with diverse backgrounds, views and ideologies have been my entrenched gain. While I have met with a good number of people, there have been a few who have made quite an imprint. They maintained that the value that true friendship offers can never be masked by any individual differences, personal tastes and group affiliations, which their proud selves would ordinarily glory in. Every time I am moved to push the limits to think of me or my philosophies or my ideals as the fool-proof grand standard, the psychedelic effect of the events that have taken roots in me have almost always come to the front burner,especially the Scotland lesson.

The tale of Dear Old Scotland was told by my friend's Nan on one of those nights when the elements were not only malign with snow pelting down in torrents but also ushering cold darkness in creepy speediness well before the crepuscular light was raring to settle. We had been visiting Glasgow- me and Joseph- and had had the honor of having his Aunt as our experienced guide. It was my first visit there. Even though the weather had got the better of my sense of curiosity as obscurity had been the order of the better part of the journey- for there was not much to sate my sense of sight to the threshold of delightful sublimity in the harshness of the day- I was ready to make the trip count . In due time, after the usual settling down, I was well rewarded with the bed-time story that Grand Ma filled us in with.

It was after then that I caught a special liking for this Gaelic Celtic State that has continued to serve as an analogous base upon which my life has been staged. The knowledge garnered from my aged host that Scotland is divided into intriguing Mainland and the Shetlands Islands, with landslides buried in rocks and regolith and many Karsts and Caves dotting the rich valleys and plateau was the starting point to a rich self-discovery that followed afterwards. Since then I have been more interested in bits and pieces about Scotland, which has culminated in learning about their distinct Justice System within the United Kingdom Group.

A Peek into Scotland's Indigenous System:

Besides the facts that Scotland, like Wales and Northern Ireland, enjoy the retention of their autochthonous language, they boast a distinctive judicial system. The Treaty of Union of 1706 with England and the rest of the Kingdom, I found, was not strong enough to alienate her from her self-modeled systems of education and religion made accentuated by a fully differentiated legal system which has since helped in the preservation of her people's culture and continues to provide a standing identity for her within the group. Despite the merger Kingdoms becoming a Political Union, it took until 1952 before the Monarch's full weights began to bear on the Scottish People as the Head of State. Further to this, unlike any Jury System in the world, Scotland odd-numbered jury model of 15 has recorded fewer stalemate trials and a reduction in the miscarriage of justice compared to the prevalent jury composition of 12 as we find in England, Wales and Northern Ireland, not to mention the rest of the world. This committal invariability in its legal system within the UK has not only helped to relieve the burden of proof on jurors but also cut the effects of budgetary inroads. Most recently, She has grown in parliamentary might forming a majority party for the first time in 2001 since the 1999 post devolutionary Scottish Parliament, making her a force to reckon with within the ally, yet she still embodies the very essence of the Kingdom. The lesson: Each one can marry their individuality into the acceptance of another, respecting each one's individual differences- which will help cut out unreasonable emotional inflammation and its untold effects among the human hybrid.

The People who say respect for others is the solution to individual differences:

Four people, however, stand tall among those who formed my circle of close friends. Their lives display the extended thoughts manifested by the Scotland story. Mention goes to:

Sonia Namutebi, who was a prodigious lady I met just over seven months ago. Work brought us together at the first flush of meeting. At recess, I could at once relate with her unique personality. A graduate of Law from the prestigious University College, London, Sonia shared a differing religious inclinations from me. We would talk about everything from Literature to Music, and from Marriage to Social Networking, yet, it was clear she would not trade her Buddhist spirit for anything else. We have since become close pals with an understanding of our respective stances on religious grounds and little acts of kindnesses still go unnoticed from one person to the other in our respectful alliance.

Niran Kashmil, my brother from another mother, had a Nepalese origin. I met him too during the recession. He was an immigrant who crossed my path in the Summer of 2010. We met in the strangest of places, on the bus. The awkwardness of place, however, did not prevent the obvious reflection of his strikingly happy self and confident disposition. We soon got talking and I realized he has a leaning towards a sexual orientation I had shown nauseating contempt. Although, the last time I checked I have not changed this part of me but something has changed- the accommodation of the philosophy of my dear friend Niran. We keep in touch to this very day. And here this, we still had dinner in my house last night.

Jack Stuart who joined my league of friends only recently. But he has taught me a lesson in making a success out of his life without having a formal education. His vocation is in fixing pipes and fixtures for the conveyance of water and other liquid wastes. My plumber friend, despite his boorish personality has been able to lift himself out of the financial quagmire many people get stuck in. At 27, he has built a wonderful family and through hindsight caters adequately to their needs. I envy his style and sense of responsibility and this has endeared him to even many in the literary field.

Timur Mamedov who was my geeky Azerbaijan friend whom I like to call a Russian. This is partly because he never stops to fiddle with the idea that he would have preferred his status in the USSR Group. I like to think of Timur as a scatter-brain because his name, which he said he loves so much has an Azerbaijan root. The point is, my dear friend is a political animal in the truest sense of the word. His affiliation lies chiefly with the political system of things. We are poles apart in this regard; plus he does not play the game of dissemblance with his point of view. Since our college days, Timur's atheistic self never goes under the cover, yet he gets on with everyone like a house on fire. I have come to accept him as a complete whole and there has been no regrets.

I have since come to respect people as they really are despite what they stand for, believing it is the way forward in an attempt to bridge the human divide . Individuals can borrow a cue from this lesson in oddity and warring nations can follow their path.