Rehabilitation of the building cost £ 2,500

Ion Lazar, aged 36, from the village of Argetoaia, in Dolj county, said that he fully renovated his house with money received as welfare in Britain. The man was working in construction and collecting scrap.

Maria Lazar, aged 33, says that her husband went to work abroad when were lifted the labor market restrictions for Romania. She recognizes that Ion Lazar send money home to their three children, and in one year managed to collect the sum of £ 2,500 for the rehabilitation of the building.

"It was an old house, and my husband raised the money needed to fix it. I know that he is working there in construction or is collecting scrap. I do not know if he takes welfare. He never told me anything. If he had not gone, it would be worse for us. Living only on our children's allowance we were in danger of dying from starvation. There are months when he send home £ 300. State of Romania does not want to give us welfare for one reason: we had insulated glazing windows. My husband managed to buy a van and a plasma", said his wife.

Ion Lazar said that it is very easy to get welfare in England. "It gives me a free house, gives me money, give me everything. I am very happy because I made money in England. What can you say - thank England, they helped me. I have everything I need right now. I think in two or three years I will make £ 60,000, maybe more", says Lazar now.

Neighbors of the man who claims that has renovated his house with the money received as welfare in England said that they do not know exactly what is he doing abroad. "They were poor before him leaving for England. He succeeded in two years to rebuild his house and bought a car. It is obvious that their financial situation has improved. Here in the village Argetoaia you had nothing to do. Their house was not finished and I know that they were living in one room. Now they had bathroom, kitchen and two bedrooms", said their neighbour, Aurelia Căpăţână, aged 67 years.

In their village over 60% of inhabitants are working abroad

Maria Lazar also said that her husband will be home for the holidays with his family. He promised to the children that he will bring many gifts, and since he went to England he kept his word when he promised something. "I've been in England, but I did not find work. He does not have any legal contract documents there. We have nothing to do", said the woman.

In Argetoaia village are 4382 inhabitants, and over 60% are working abroad. "In our village we have nowhere to work. Rather than starving in your country better go away from home. Ion Lazar managed to renovate his house, and I know that his whole family is better now. He left the country for 3 years and it is clear that they have now some money. He never told me where he is working, but I didn't asked him", said Florin Eugen, a neighbor, aged 45 years. 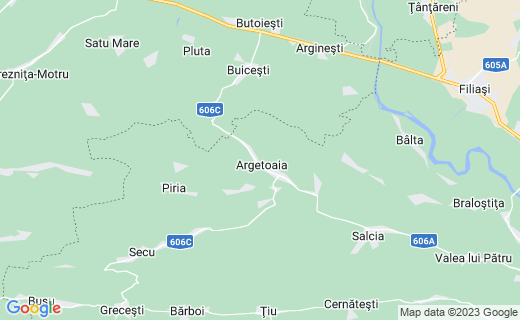 Other Roma who have made their home in Green Park are people that claim that they are coming from Bucharest, Romania. In this park was established a real Roma camp who sleep there at night and beg during day. They sleep at night in Green Park, and in the morning, while the British are heading to their jobs, Roma wash in nearby fountains and sit with cigarettes and coffee on the banks of the park.