A Very civil War in the Arctic

Civil wars, past and present, are usually violent and bloody conflicts that literally tear a nation apart. The American Civil War (1861 - 1865) still holds the record for American combat deaths with approximately 558,000 casualties (Union and Confederate) versus about 407,000 for World War II. This does not count war related civilian deaths, the inclusion of which some sources claim brings the Civil War total to almost a million people.

The English Civil War (1642 - 1651) was so divisive and ugly that a century and a half later the memories of this war influenced the framers of the U.S. Constitution to include provisions designed to prevent such a war in the newly independent United States.

A "civil" War that does Not Involve Fighting

Thus, it is somewhat refreshing to encounter a little war that falls under the first definition of civil - polite in an informal manner - rather than the second. This little "war", which has wound down considerably in the last couple of years, is not only taking place just to the north of the United States, but is being "fought" by the navies of two of our NATO allies and whose ground troops are fighting side by side with each other and the U.S. in Afghanistan.

Adding to the irony is the fact that, while both of these countries are signatories to the Kyoto Protocol on Global Warming and their government's are officially committed to reducing carbon emissions, the "war" is about control of a barren island, about one-half square mile in size, in the Arctic.

Why fight over such a remote piece or rock?

This can be answered in one word - Oil. That's right, while both governments are officially committed to reducing energy usage in order to reduce carbon emissions, these same governments are dispatching warships (which burn oil and ad to carbons in the atmosphere) to this uninhabited piece of rock known as Hans Island.

Life Beside Itself: Imagining Care in the Canadian Arctic
Buy Now

It is not that Hans Island itself has oil but, under current international laws of the sea, nations are entitled to claim territorial rights over the seas extending 200 miles off shore as well as the right to exclusive access to under sea resources extending an additional 150 miles beyond the 200 mile territorial limit.

The 200 mile limit means that all of the nation's laws extend over this area and foreign ships cannot enter the area without permission - the additional 150 miles are open to ships sailing through but fishing and mining of undersea resources requires permission of the nation that owns the adjoining land.

Until recently, ice has covered much of the land and water in the Arctic. This has made settlement and exploitation of mineral resources difficult, if not impossible.

However, global warming is changing things. Melting ice in the Arctic opens the possibility of exploring for and exploiting the potentially vast mineral wealth of the area. Right now, oil is the mineral everyone is looking for.

Canada has always claimed that its northern territory extends over the entire area between Alaska and Greenland. Since the ice cap rendered the area practically useless for settlement and harvesting of resources, no one until now has challenged Canada's claims.

However, with the ice starting to melt, Canada is being forced to either enforce its claims or risk losing control over the area, especially with regard to mineral wealth in the undersea portions of the area. As a result, the Canadian Defense Forces find themselves making frequent trips north to plant the flag and make their presence in the area known.

Which brings us to Hans Island which lies in the Kennedy Channel (named in mid-nineteenth century by the Arctic explorer Elisha Kane in honor of John Pendleton Kennedy, the U.S. Secretary of the Navy whose department funded Kane's expedition) which flows between Canada's Ellesmere Island and Greenland.

The channel is part of one of the waterways that ultimately connects the Arctic Ocean with the Atlantic Ocean. The island itself was named after Hans Hendrik who appears to have been a native of Greenland who assisted as a guide on various British and American financed expeditions of the Arctic in the mid-nineteenth century.

While included on area maps and visited by occasional Arctic explorers and Inuit (Eskimo) fishermen and hunters, Hans Island continued to remain an uninhabited piece of rock sitting in the middle of the nearly frozen sea until the late 20th century when interest in the Arctic began increasing.

Given the close proximity between the Canadian Arctic Islands and Greenland (which is a self-governing part of Denmark), Canada and Denmark felt it necessary to negotiate a border which was formalized in a treaty that took effect on March 13, 1974. During the negotiations Canadian negotiators indicated that they considered Hans Island to be a part of Canada.

The Danes apparently disagreed and, rather than delay the border treaty, left the issue of control of Hans Island out of the treaty. A few years later, beginning in 1980, Canada's Dome Petroleum Company began doing some preliminary surveys around Hans Island and, when this was discovered by the Danes, interest in Hans Island began to heat up.

Its Canadian Rye Whiskey vs Aquavit

According to reports from the BBC, a contingent of Canadian troops visited the island in 1984 and stayed long enough to plant the Canadian flag and leave a bottle of Canadian whiskey at its base.

A week later a Danish government official, Tom Hoeyem, made a trip to Hans Island where he replaced the Canadian flag, which apparently had been blown away by the Arctic wind, with the Danish flag and left a bottle of Aquavit (a Danish brandy) at its base.

Unlike America's war in Iraq, there appear to be no embedded reporters on these voyages, so reports from the front are limited to press releases from the visiting ship's defense ministry and these do not indicate whether or not the liquor left behind by the enemy's previous visit is being consumed by the current visitors.

This avoids both the possible embarrassment of the sailors from both ships forgetting about their mission and just having a party drinking the booze each group came armed with or, worse still, actually getting into a real fight.

It also avoids the necessity of employing an intelligence service to find out where the enemy is operating as the foreign ministries of the two countries provide this service for each other gratis.

By 2005, with the Arctic warming up, so too did the war. Officially the two countries each continued to claim sovereignty while informing each other of planned visits to raise their respective flags and deposit the, by now traditional, bottle of the national booze.

But a couple of news stories got the citizens involved in the fun. Suddenly newspaper editorials and bloggers jumped into the fray turning this temporarily into a rather hot war in cyberspace.

Just go to Google, type Hans Island in the search box and you will find an abundance of articles, some serious but most satirical, about the war. A couple people, both claiming to be named Hans and claiming to be the only residents of Hans Island, have formed a group calling themselves the Hans Island Liberation Front complete with a website and appropriate manifesto demanding independence for Hans Island.

A woman named Jennifer Beer, on behalf of the Hans Island Liberation Front has launched an on line petition urging Santa Claus to relocate his operation from the North Pole to Hans Island, the argument being that once global warming melts the Arctic ice cap his workshop will sink.

As of this writing, thirty people have signed the petition (click here to see the petition - and sign if you wish). The website of the Canadian financial company, Efficient Market Canada, even has a tongue in cheek article touting Hans Island as an ideal retirement location for patriotic Canadians seeking to help Canada enforce its sovereignty by having permanent Canadian residents living on the island.

Such a retirement location would be expensive, but Efficient Market Canada promises to educate those interested in retiring to Hans Island in investment strategies needed to build a retirement fund of sufficient size to be able to afford this.

Since 2005 the Hans Island dispute has returned to the back pages of newspapers and the web. Canadian and Danish diplomats continue to uphold their respective nation's claims on the diplomatic cocktail circuit while the navies of the two nations continue their deliveries of booze and flags to the island. With neither side willing to give up its claims, the issue will continue to simmer, unresolved, until the day when some oil company discovers oil in the region and asks whether the royalty checks should be sent to Ottawa or Copenhagen. 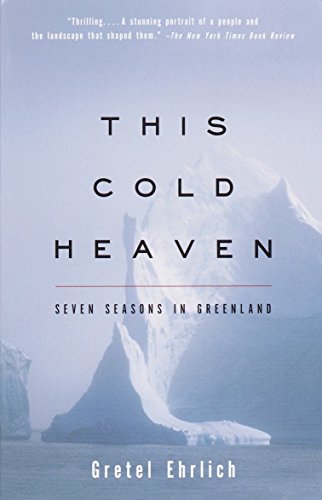 Links to My Other Hubs on the Lighter Side of Economics