Alex Collier my favourite ET contactee is back

Alex Collier and the Andromedans

Alex Collier has been in communication with extraterrestrial beings since he was eight. In particular, he has two friends from the Andromedan race whom he has spent a lot of time with learning about the history of this planet and about what is really going on here and with interplanetary affairs. 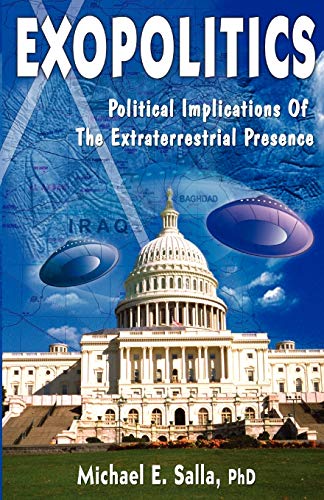 When I saw the first interview he gave to Rick Keefe in 1994, so much of what Alex said made sense to me, some of it was as if I already knew this stuff from somewhere else, and by that I don't mean that I had read it. No, there is much more to it than that - I felt that Alex was and is giving out the truth and it resonated with my own inner knowledge and intuition.

I am not alone with my opinions about Alex and his material because he has a growing number of people worldwide who find truth in what he is saying and are fascinated in finding out the information he is offering.

Alex Collier talks about several alien races that appear in the works of other contactees and in the literature of ufology and conspiracy theory it is true but chronologically he was talking about much of this and about the Reptilians long before David Icke and others started publicising their existence as a reality.

Alex describes how the Andromedans live. They are humans but they are thousands of years in advance of us and they live far longer than we do. They have eliminated the problems we face from their worlds long ago. They dedicate their lives to learning more and more about the nature of everything and in fact they go to school for the equivalent of 120-150 years of time as we know it. They are telepaths and do not use money on their world.

Alex says his two Andromedan friends are called Morenae and Vissaeus.They are light blue skinned and Morenae is the younger of the two. Vissaeus is described as "an elder Andromedan teacher who is very serious, very benevolent. He is considered a sage in his world. Vissaeus is an incredible healer, who is very humble, soft and yet direct."

They explain to Alex about long wars that were fought millions of years ago and how humans came from the Lyraen (Lyran) civilisation and race and came to the the planet Earth. The Reptilians from Alpha Draconis also came here and are here now living underground, just like David Icke says.

Alex says that the Reptilians are carnivores and that they eat humans as well as controlling our world and using us a resource. Like David Icke he claims that missing people and missing children are often sacrificed or given to the Reptilians as food. Whilst some people may find this idea alarming, bizarre or unbelievable, Alex, again like Icke, thinks that people should know what is going on and he is one of the first to have gone public with this material.

Other races Alex talks about are from the Pleiades and he speaks in much detail about the Greys, the Sirians, the Vegans, the Nordics, the Orion group and many others. Basically there is an ongoing struggle between many alien races and the subject of what is going on and how our planet is involved is now known as "Exo-Politics" on which Alex is an expert getting his information directly from the Andromedans, who he sometimes refers to as the "As."

Alex explains about how Atlantis was created in 57,000 BC and became a place where many alien races were meeting and interacting. At this stage in Earth's history he explains that there was a lot of experimentation being done by the alien scientists and genetic manipulation. He says that many plants and animals were actually brought here from other worlds.

Alex's views are in agreement with much of what is known as conspiracy theory and he points out that we are fed lies and controlled by secret forces. Alex does not believe we can expect any help from rescuing gods or friendly alien races but that we have to sort out the nightmare we find the world in ourselves.

In 2002, Alex decided to retire from public speaking. His material was available on the Internet and his interviews were also out there. He has said that if he were offered the job of being a contactee who tries to tell the world about what he has learnt again he would not do it. He is a family man and values his privacy and life with his wife and children.

However, because of the mess the world is in, and because he is a father, Alex has decided to make a comeback to public speaking and he consented to being interviewed again by Rick Keefe in April 2009. The results are available in a series of videos, of which I have included the first part and the others are viewable at http://www.ufohypotheses.com/

Since I originally published this hub my views on Alex Collier have changed drastically and I now believe that he cannot be trusted and I have explained why. I realised that he was attributing the words of Ralph Waldo Emerson to one of his alien friends. Alarm bells started ringing so I dug deeper.

My findings and conclusions are published here.