These guys and girls rock!!!!!

American's live in the most amazing country this world has ever seen, I believe it is okay to voice this. I'm tired of folks saying it isn't okay to be patriotic and proud of America. I write this article as to one example of how amazing and generous this great nation is.

Thirteen years ago my mother's life long friend's son Nelson was killed in a motorcycle accident. It was a head on collusion with an SUV. This SUV was driven by a nineteen year old man that was on drugs at the time of the accident. This young man turned out to be a monster, he was a dealer and at the time of the trial and hearings never once showed remorse.

Nelson had to be air lifted to a hospital that could handle his injuries. When he arrived the ER doctor evaluated his injuries and before taking him to the operating room asked if he had a message for his family. Nelson simply stated "tell them I love them." When the surgeon opened Nelson up on the operating table he bleed out so quickly he was gone within seconds.

Nelson's wife didn't work, she stayed home so she could raise their kids on their terms. On that day she lost her finical support, husband, friend and father to her children. I can only imagine the sorrow, and fear she felt for her children and herself.

What happened for her thirteen years ago is still going on today. Americans happened, Americans with generous spirits. Nelson's biker friends rallied together and organized a way to raise money fast. Nelson's wife went out and got a job, and did what she could for her kids. It was harsh that first year. She and her kids made it with her new job and the money these bikers raised for her some she knew and others she never met.

The second year came and the bikers organized a ride, for one man and his family. Nelson's wife made it through another year thanks to the help of American's. This continued on year after year, guys and girls coming together to rev their engines and ride to help see one man's family through a tragedy. Nelson's wife and mother also joined these rides.

Nelson's wife is doing okay she remarried and the kids are well. It is nice to be able to say she no longer needs the money raised from this ride anymore. She still rides and on an occasion so does his mother. Nelson's wife no longer takes the money that is raised, and the money goes to a family that is in need.

It is an incredible site to see a hundred plus bikers rev their engines and pull out, all in the memory of one man lost and a family they helped save. My hope is that for the families on the sidelines the kids are being told why these bikers are all together. So, the next generation of Americans also step up and help a family in the face of tragedy.

A humble thanks to all the Americans that stand up and help in the face of tragedy. One of the many reasons why we are the most generous and greatest country the world has ever seen. These bikers are a reminder for me each year at the end of the summer why it is great to be an American.

My hat is off to Nelson's family that they have made sure others in need get the help that they once did. From tragedy to hope to pulling yourself up by the bootstraps the American way with a little help from your fellow American's and steely American determination. 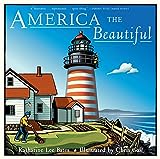 DIFFERENT WAYS TO GIVE BACK

Great ways to show kids the rewards of giving back to your community. I have talked with my son on what it means to give back. First and foremost you need to be sure you can take care of yourself and family before you look into being able to give back to your community. One of the biggest ways to give back to the community is to be self sufficient. That means not having to have to go on government programs to survive. Of course this helps by not taking from tax payers. Now of course that doesn't mean life doesn't through those nasty curve balls. In those times of strife you may need that welfare help for a short period of time. I have been sure to remind my son welfare isn't a way of life and hard work is one of the keys to a happy rewarding life.

~Take your kids to veterans hospitals in your area. Let them know that these are the true heroes of America. Not the baseball, football, hockey players, basketball players or Hollywood folks.

~ Children's hospitals, if your kids are old enough they can read books to kids to sick to do so for themselves. This will also give the parents a breather to grab a cup of coffee or get some air to clear their heads.

~ Nursing homes, some of the folks here don't have family to visit them. Nice for kids to learn what life was like without t.v., cell phones, Ipods or video games. Might give them some good ideas on how to entertain themselves in the great outdoors.

~ Churches also have programs you might be able to join in with. So check with your church if you belong to one. This also helps bring God more into your kids lives.

~ Some of the best way to figure out how to give back is to ask kids what they would do. You might be surprised at what they come up with. The boy who mowed lawns to help a community devastated by tornadoes. The little girl that made folks aware of the girl in need of a lung transplant. The children that have lemonade stands to raise money for cancer patients. Kids are amazing and have generous hearts by nature.

Just a few ideas to get the ball rolling and of course at times life with work, school, sports can be so busy you don't have the time to give your time. That is okay also, if you can give a little monthly to your favorite charity. Again just be sure you can do this without hurting your wallet or pocket book.

Never forget to tell your children that Americans for the most part are good, kind and generous. It doesn't matter what folks around may say ... Yes it is okay to be a proud American.

Volunteering: A Guide to Serving in the Body of Christ
Buy Now

How do you support your community?

How do you give back. If not from America how do you and fellow countrymen show support.