Youth Immigration Across the Rio Grande

Immigration across the borders between Mexico and the United States and between Canada and the United States has has become an issue brought into sharper focus since 2001. Still, walking in and out of Mexico for shopping and medical services is encouraged at border crossings like those of Borderplex towns in Texas, even in the late 2010s.

Following the 9/11 disaster, it became a US regulation that its citizens and residents must have a passport to cross back into America. Crossing out of our country was not such an important issue, but getting back inside the USA became a problem if no passport was shown.

Much attention has been shown on Mexican immigration to the USA, especially the youth of undocumented residents. While some Americans want to allow all peoples to freely come into the US, others want to allow no one but US Citizens in. Donald Trump spoke about building a wall around America to the south, but Texans spoke about building a wall along that state's northern border. As America becomes more crowded, immigration will become a more prominent political issue. What should be done about Mexican youth in America?

Walking in and out of Mexico is encouraged at border crossings like those of Borderplex towns in Texas.

Are Undocumented Teens Dreamers or Scapegoats?

Is it really a better life that some parents who smuggle their undocumented young children into America present to their offspring?

In the inspiring film Spare Parts, such does not seem to be the case in Phoenix, Arizona. Whether that case can be generalized to most Mexican families in the state, the film does not address.

While working on 1) avoiding deportation and 2) successfully staying in high school and even building an award winning underwater robot out of bits and pieces of used equipment, four undocumented teen boys hide from the Immigration authorities and endure unrealistic demands made by most of their families. This is a tough life for four real-life teenagers.

Phoenix: 170+ miles from the Mexican Border 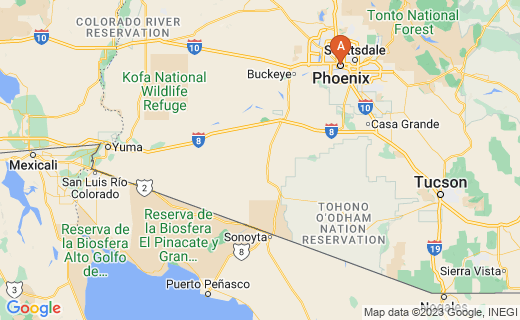 As a real-life Mexican American teacher says in the film, "It was always the papers that took care of the family."

We see the undocumented teens scrounging for under-the-table work and, at parental insistence, taking the blame for felonies that younger, documented siblings perpetrated.

It was these younger teens that would be expected to finish school, graduate from college, and earn enough money to support the existing family of four to many more. It is a heavy burden for both documented and undocumented youth,

In the film, it is not the components of the robot that are spare parts - it is the undocumented teenagers.

Surprisingly, some moneyed Massachusetts Institute of Technology (MIT) students turned out to be spare parts, themselves, unable to make a robot that works.

Spare Parts Can Be Important

Parts of Mexico are very poor. One of my dentists attended a convention in Mexico City and looking through his hotel window, he saw the city dump. Upon it lived many families who were searching through the debris for food and anything else usable.

The four poor families starring in Spare Parts fled Mexico and spirited their young children into the United States during the mid-1980s under the Republican President Ronald Reagan's Administration.

One undocumented child from each family became an instrumental part of the winning team of the first robotics club's year held at Carl Hayden Community High School on the west side of Phoenix in 2004. Their feat of making the club work and beating 15 colleges in a robotics competition was made nationwide news by Wired Magazine. A book and a documentary film called Underwater Dreams followed.

Spare Parts was released on January 16, 2014 after the rights to the movie were negotiated over several years.

We have consistently supported a legalization program which is both generous to the alien and fair to the countless thousands of people throughout the world who seek legally to come to America. The legalization provisions in this act will go far to improve the lives of a class of individuals who now must hide in the shadows, without access to many of the benefits of a free and open society. Very soon many of these men and women will be able to step into the sunlight and, ultimately, if they choo

Can they secure better jobs?

Director Mary Mazzio makes documentary films, is an attorney, and was on the US Rowing Team at the 1992 Olympics.

Reading through various interviews and announcements in the media during 2014 - 2015, I found some disappointing news.

All four winners on the high school team were given college scholarships and none were able to use them fully. Two of the young men began college in engineering related fields and lost their scholarships with the State of Arizona cancelled such financial aid for undocumented persons. I understand reducing financial aid to the undocumented while unemployment began rising among US citizens, but understand their despair.

I am part of a large cohort of American college students initially denied an education, because parents refused to complete their part of the Financial Aid Form or sign papers to enroll us -- One had to be at least 21 years old to do so independently and still, course grades were sent to the parents until the student was age 26.

During the last part of the Vietnam War, it was difficult to secure employment, because I was told by several employers that I should be in college and, if hired, I would be taking work away from a man. Some young men were also denied employment, because they "would only be drafted and quit."

I worked a minimum-wage full-time and additional part-time jobs to earn enough money to attend college two years later. This is what one of the Latino college students mentioned above also did.

He attended Arizona State for about two years even though he was undocumented (perhaps because of his high school ROTC Service and intentions to join the army), but completed an engineering degree elsewhere, while working at least two jobs simultaneously. He graduated, turned himself in to Immigration, was deported, and finally returned in 2011 at the age of 25. He served in Afghanistan with the US Army, then became a US Citizen, married and now has two children. He works in engineering. 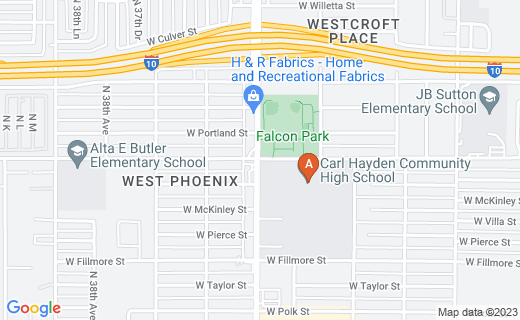 Another one of the Latinos had to quit school when his scholarship was cut and went to work in order to help his family. He had been able to secure proper documentation in order to remain in the USA.

The other two Hispanic robotics team members have, in my mind, sadder stories. They could not enroll in college and forfeited their scholarships. Both seem to live in the same part of town as the did in 2004. In high school, one lived in a large shed next to his house.

The two boys took some culinary classes. One works in a good restaurant today, although some reports state that he began his own dining place.

The other young man started out in food service as well, but is today a supervisor of county janitors around the local courthouse, which may pay good wages as a government job. These two young men were the ones that designed and built the motors and other equipment needed for their winning underwater robot. They could have been top mechanical and electrical engineers and America needs as many as they can get.

On January 15, 2015 Arizona became the first US State to legally require high school students to pass the US Citizenship test on Civics before graduating.

A Long Illegal Ride that Led to Unprecedented Victory 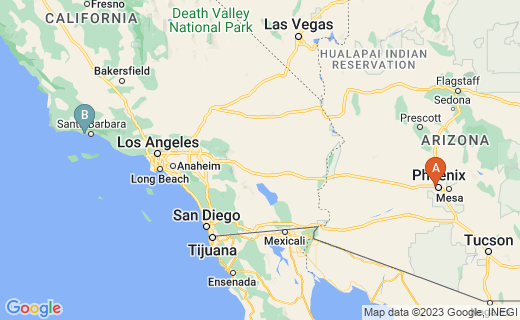 The Trip to Victory

While dodging the Immigration authorities, the four Carl Hayden robotics club members rode with their two academic advisors from Phoenix to UC in Santa Barbara, 475 miles, for their competition.

Transporting the undocumented people across a state line was another illegality, but one that authorities did not seem to catch along the way. During the film, the high school principal declares at at least half of her students are undocumented. It is a situation that needs attention.

Memorizing scientific phrases without knowing their meaning and relying on high-cost gadgets without the understanding or skills to use them are steps to failure. In this film, MIT students made such steps and failed.

While none of the colleges or the Carl Hayden team could complete the entire underwater obstacle course, the high school youth were able to complete the most difficult task.This was siphoning out a liquid from an underwater container into a vessel of some sort and bringing it to the surface of the Olympic size pool in which the competition operated. This was magical, because the MIT team announced that the task was impossible.

Moreover, the high school youth from Phoenix used some analog systems instead of digital, because of unaffordable high costs. The MIT robot, on the other hand, cost as much as an expensive automobile. The difference was under $800 compared with nearly $40K and the cheaper outfit ran well and won.

Oral examinations followed the underwater tasks on the next day. In the film, the colleges are shown partying, while the high school four study most of the night before the exams. Of course they win, because they work together to ensue that all four know everything needed and can explain it in layman's terms as well.

Watching the Hispanic high school youth build and adjust their robot under time constraints and competition reminded me of the engineering feat needed to bring back Apollo 13 from its disaster near the moon.

What is your opinion?

Should the US government deport all undocumented teenagers?