Who Owned the First Asbestos Mines in South Africa?

South Africa mined asbestos for just more than a century and it is estimated that in excess of 200,000 people were employed in the asbestos mining industry during this time.

Cape PLC was established in Britain in 1893. Before the turn of the century the company did not operate any asbestos mines in Britain and its sole purpose was to mine asbestos in South Africa and to manufacture asbestos products in Italy. The first British asbestos manufacturing companies to be owned by Cape PLC were opened in the early 1900’s.

High incidences of asbestos related diseases forced Cape PLC to close its British asbestos factory in 1968. Despite the fact that the safety precautions in the British factories were much more stringent than those of the South African operations Cape PLC continued to operate the South African asbestos mines until 1979. 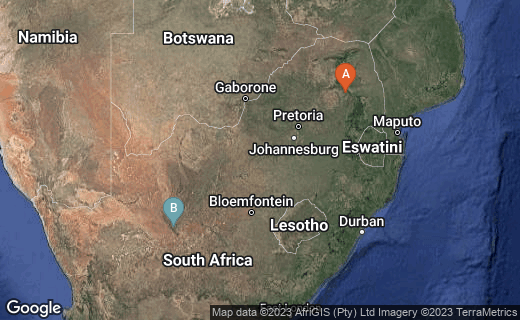 Tributing - Cheapest Way to Mine Asbestos in South Africa

At the start of the asbestos mining era the entire family contributed towards the labour. In these days the men dug up the fibre-containg ore from deposits close to the surface which was then cobbed by women. Children were used to sort the fibres according to length and then pack them into bags. One can only imagine how many fibres were inhaled by these workers on an average day at the mine.

The fact that the whole family could participate in the work was a major attraction for these people - not realizing that they were jeopardizing the health of the entire family.

The advantage of allowing the whole family to get involved in the process was that women could tend to their children whilst helping their men to earn a living. The downside was that they were exposing their offspring to asbestos related disorders from a very early age.

Despite the fact that according to legislation women were prohibited from working in dangerous or dusty occupations they made up almost half of the workforce on the asbestos mines.

This small-scale production of asbestos suited the owners of the mines as it minimised their financial risk in a volatile market. This was however not ideal for the labour force who were subject to fluctuations in demand for asbestos. Whenever the demand for asbestos fell the companies stopped purchasing the asbestos from the work force which meant that they had to bear the brunt of market instabilities.

The tributer system also allowed the companies the opportunity to avoid the costs of formal employment which would generally have included housing, rations and medical care for the employees.

Mortality Rate of Mine Workers

The health of entire communities adjacent to the mines was placed at risk not to mention the entire black and coloured workforce that were subjected to high levels of asbestos fibre exposure on a daily basis.

Although the mines kept very few records of employees after they had left their employ there is little doubt that there were many who died a premature death as a result of asbestos related disorders.

It was only in 1950 when the demand for asbestos increased beyond what the tributer system could supply that Cape Asbestos and Genco built their first industrialised mines. Up until then all the mining had been performed by hand and the workers had been exposed to the asbestos fibre every inch of the way.

In the following decade the production of asbestos in South Africa increased threefold and the mines employment consisted of 20,000 black and coloured labourers and 1,000 white workers.

There are very few records of women that worked on the mines although many worked as cleaners, cobbers and sorters. These women are now unable to prove that they were employed by these companies and have no legal claim against them should they develop any asbestos related disorders.

It was only during the 1980’s that the labour unions started campaigning about health issues surrounding asbestos. In 1987 the Department of Labour introduced the Asbestos Regulationsfor the first time in South Africa.

It became evident to both mine workers and communities that the deaths and ill-health that they were suffering must be linked to asbestos exposure. They requested the Environmental Portfolio Committee to investigate the health hazards of asbestos and following this the National Asbestos Summit was held in 1998.

The Summit Declaration requested the South African Government to ban brown and blue asbestos with immediate effect and to phase out the use of white asbestos until suitable substitute materials could be found.

The mining of asbestos however continued until 2001 and a complete ban of asbestos in South Africa only came into force in March 2008 – only three short years ago.