Bob is a decent sort: always supported equal rights for all, opposed segregation, even voted for Barack Obama!  Surely, then, there's no way Bob could ever be racist, right? Wrong.  Aversive racism is a type of racism that effects the subconscious behavior of an individual.  In fact, this hidden racism hides itself from even its perpetrators.   Most individuals who show signs of aversive racism are completely unaware of their own bias's effecting their behavior.

Here, then, are some examples of aversive racism and the theories behind it.  Hopefully, this will help you to better understand your own behavior and what exactly drives the supposedly simple decisions you make.

Many people with politically conservative beliefs have, fairly or not, gotten a reputation for racism due to their views. Certainly groups such as the Ku Klux Klan are obviously racist. Hate groups and hate speech are what is known as overt racism. However, myself and my left-leaning comrades can't pass the buck. While conservatives might be more likely to commit acts of overt racism, liberals and other open minded individuals are far more likely to find themselves influenced by aversive racism.

A 2005 study performed in part by a professor at my alma mater showed that "liberal" leaning individuals were more likely to provide help to a black man who called the wrong number but in need of urgent help then their conservative peers. However, they were also far more likely than conservatives to hang up on a black person than a white person before hearing their entire side of the conversation.

This study shows that while liberal individuals might be more outwardly friendly towards minorities, they are also more affected by subtle biases they are unaware of. A bias an individual is not aware of is also a bias they are unable to confront and overcome.

Aversive Racism In The Workplace

What, then, happens when someone who has a hidden racist streak is in charge of the hiring process? We've all heard horror stories about prejudiced employers who spew bile about minority groups across the board.  You never hear about nice the nice bank manager who follows the company anti-discrimination policies to the letter being racist, however.

To erase the doubt that perhaps the white candidates were simply better speakers, individuals were given resumes and told to choose which would be the best hire.  In candidates with the exact same GPA, extracurricular, and years of work experience, the individual with a typically Anglo-European name were preferred over those with names considered to be traditionally African-American.

This evidence shows that even amongst a population which does not consider itself racist, and in fact often acts in a respectful manner of minorities, racism still exists and can cause serious harm to the livelihood of men and women of color. 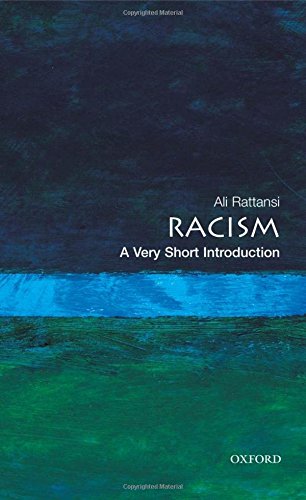 In almost all cases, aversive racism is caused by subtle bias and ignorance rather than any malicious feelings towards minorities.  Those who regularly interact with minorities as equals (coworkers, friends) rather than on a different level (employee/employer relationships) will find themselves less likely to have hidden prejudices.

For others, simply understanding that aversive racism exists can help.  By examining your own behavior through the lens of aversive racism, it is possible to start really thinking about whether the excuse you gave for not hiring that last employee is really valid or it was just your brain trying to make up for the unconscious racism occurring behind the scenes. Knowledge is power, and like GI Joe taught me, knowing is half the battle.