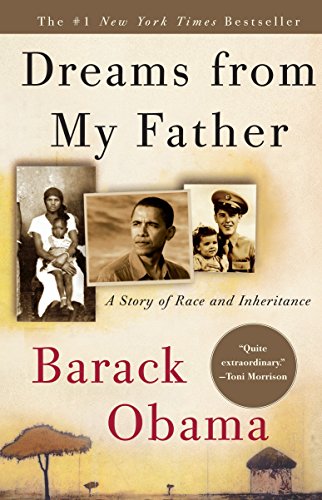 Dreams from My Father: A Story of Race and Inheritance
Buy Now

Is this how Conservatives perceive Jeremiah Wright?

A campaign platform links the President to the firebrand preacher

Reverend Jeremiah Wright has been accused of anti-Americanism and by extension President Barack Obama has been put on the defensive. For over a decade the aspiring politician was a member of Wright’s Church. During his successful campaign for the Presidency, Obama disowned the ‘anti American’ views espoused by the preacher.

Nevertheless in the eyes of some people, this is a troubling association. Of course his political opponents will score cheap points (they would be foolish not to do so). Why is this man controversial and why is the President being shielded from him? The New York Times reported that a GOP super PAC was planning an ad campaign designed to revisit the issue of Jeremiah Wright. [1]

The politicians and their lukewarm denials

The presumptive GOP nominee for President of the USA is Mitt Romney. He is not known for the consistency of his views. However he tepidly condemned the ad campaign and hinted that there was some sort of ‘character assassination’ attempt aimed at him. The so called ‘Liberal Media’ would have to be a partner in this crime. Many Conservatives feel
(with some justification) marginalized by the mainstream media.

Some would argue that this is nothing more than ‘race-baiting’, a charge that is strenuously denied on the Political Right. Politicians are professional hypocrites and it is futile to try changing them. However they have to take responsibility for ad campaigns even where they are done by ostensibly ‘arms-length’ organizations. The successful ‘swiftboating’ of John Kerry in 2004 shows the dangers of ignoring these issues.

A charge of racism or anti Americanism does not necessarily have to be proved. Once an accusation is made then the person being accused is left with few options. Both denial and acceptance are construed (by the opinion-leaders) to be an admission of guilt. Likewise ignoring the accusation is going to be misconstrued as tacit approval. It is a catch 22 situation.

There is no doubt that Jeremiah Wright is unhappy about certain aspects of American government policy (just like many Americans are). It is also true that he was a mentor and spiritual adviser to Barack Obama. The President says that he is patriotic and there is something distasteful about the constant, stubborn disbelief that he has to deal with. Even his citizenship has been challenged unsuccessfully on numerous occasions.

The lessons for politicians and campaign managers

It is far too easy to say that these are nothing more than a bunch of racist rumors. However some fairly respectable people have joined the ‘birther’ movement (an extrapolation of the Jeremiah Wright problem). They claim a vast conspiracy that involves virtually every major American institution including the President’s political opponents. Senator John McCain refused to play dirty when he was vying for the top job. Some argue that this is precisely why he was never fit to be a presidential candidate.

As for Barack Obama, he needs to pay serious attention to these allegations even if he personally views them with disdain. The Affordable Health Care Act (ObamaCare if you hate it) has a miserably polling of 39%. The President’s job approval rating is a lukewarm 48% despite the fact that 60% of those people polled like him on a personal basis. [1]

If in addition to these problems he is successfully painted as an anti American extremist, the election will be lost. The question of Jeremiah Wright needs to be answered and answered quickly. The ‘soft’ swing voters only need an element of ‘doubt’ to pull the lever against a President of whom so much is demanded and so little credited. 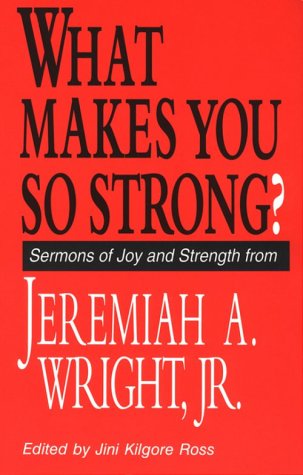 What Makes You So Strong?: Sermons of Joy and Strength from Jeremiah A. Wright, Jr.
Buy Now

No Apology: The Case for American Greatness
Buy Now

How Super PACs are Disrupting US Politics