Donald Trump Announces That He Is Running For President in 2016 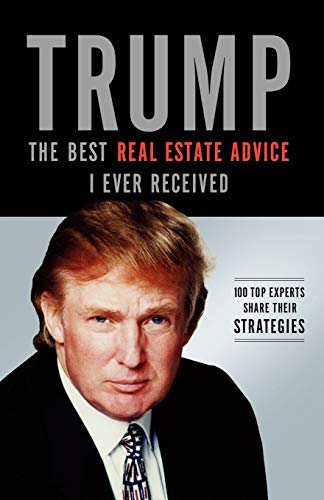 Trump: Think Like a Billionaire: Everything You Need to Know About Success, Real Estate, and Life
Buy Now

U.S. Republican Presidential Candidate Donald Trump Announces That He Will Run in 2016

There have definitely been rumors that Donald Trump might decide to run for Republican Presidential Candidate in 2016 and he finally made the announcement at The Trump Tower in Manhattan June 16, 2015. But it definitely still seems surprising that someone who is a reality TV show celebrity in "The Apprentice", big shot real estate magnate, investor, author, and Hotel Billionaire Businessman who is worth approximately $4.2 billion.

While you might be someone that is surprised by this Presidential Campaign announcement as well. He is not someone that should be sold short of becoming the American President in 2016 and I do think he has a chance in the race of running for the oval office. He is the author of dozens of books and has achieved great financial wealth by continuously building real estate endeavors that are consistently successful. He also owns millions of square feet of residential and commercial real estate in New York City and other areas.

I am not writing this to say that he doesn't qualify to be a presidential candidate in 2016, so I'm sorry if that is what you were hoping for. I just find it very interesting, because he is a successful billionaire that has a very interesting story. Clearly, any American has the right to run for President and therefore if Donald Trump wants to run for President because he is interested in campaigning then go for it. I just think it will be a fascinating presidential race. I have read some of his books including "Trump: The Best Real Estate Advice I Ever Received" and the book was great. Perhaps you may have already decided that you will not vote for Donald Trump, and maybe your undecided but if you are looking for an interesting life story to follow. I would take a look at some of his books and maybe even look at The Biography of Donald Trump on Wikipedia.

Donald Trumps Involvement In Sports and The Media

The Trump Organization operates many different golf courses in the United States and around the world including some courses that are in Ireland and Scotland. In 1983 he purchased the New Jersey Generals in the United States Football League. He has always been very involved in Real Estate investments.

In the media, he has been well known as the executive producer and Host of the NBC reality show "The Apprentice". The Apprentice is a reality TV show in which contestants will compete for a very high-end job working for Trump Resorts in a managerial position. It did quite well in ratings and is one of those fun business shows that are worth watching.

Donald Trump Gets Involved In Politics

I think its nice to see a political candidate for the oval house that doesn't give you the typical "fly-by" answer. I do like Obama as a President and for what he has done for our country but I also am interested in how things will play out during the election season, because Obama cannot run for President in 2016. One thing I am sick of is politicians that are so typical, they lie when they need to, they make promises they don't keep and sometimes they just fly around answering your question. Even if your question was an important question to ask. It seems like its been happening for decades except for in Obama's case who seems to be very honest with the American People, and in Trump's case he seems to be very forward about what he believes is right and that is much better than a lie.